The Michigan Supreme Court on Friday declined to hear the Trump campaign’s lawsuit seeking “meaningful access” for poll challengers to observe ballot counting in the state.

In an order, the justices rejected a request to review a lower court’s decision that denied to block the counting of ballots. “We are not persuaded that the questions presented should be reviewed by this Court,” the state’s top court said.

Earlier this week, the campaign asked the justices to declare that the secretary of state, Jocelyn Benson, violated the state’s constitution and election laws by permitting the counting of absentee ballots without meaningful access for poll challengers to observe the counting and processing.

Although Michigan already certified its 2020 election results, the campaign said they are still entitled to relief because electors do not meet until Dec. 14 and that the issues presented in the case are relevant to future elections.

“Michigan citizens’ constitutional rights are being violated by Secretary Benson’s failure to prevent unlawful ballots to be processed and her failure to ensure that statutorily-authorized challengers have a meaningful opportunity to observe and challenge the process,” the campaign wrote in their brief. 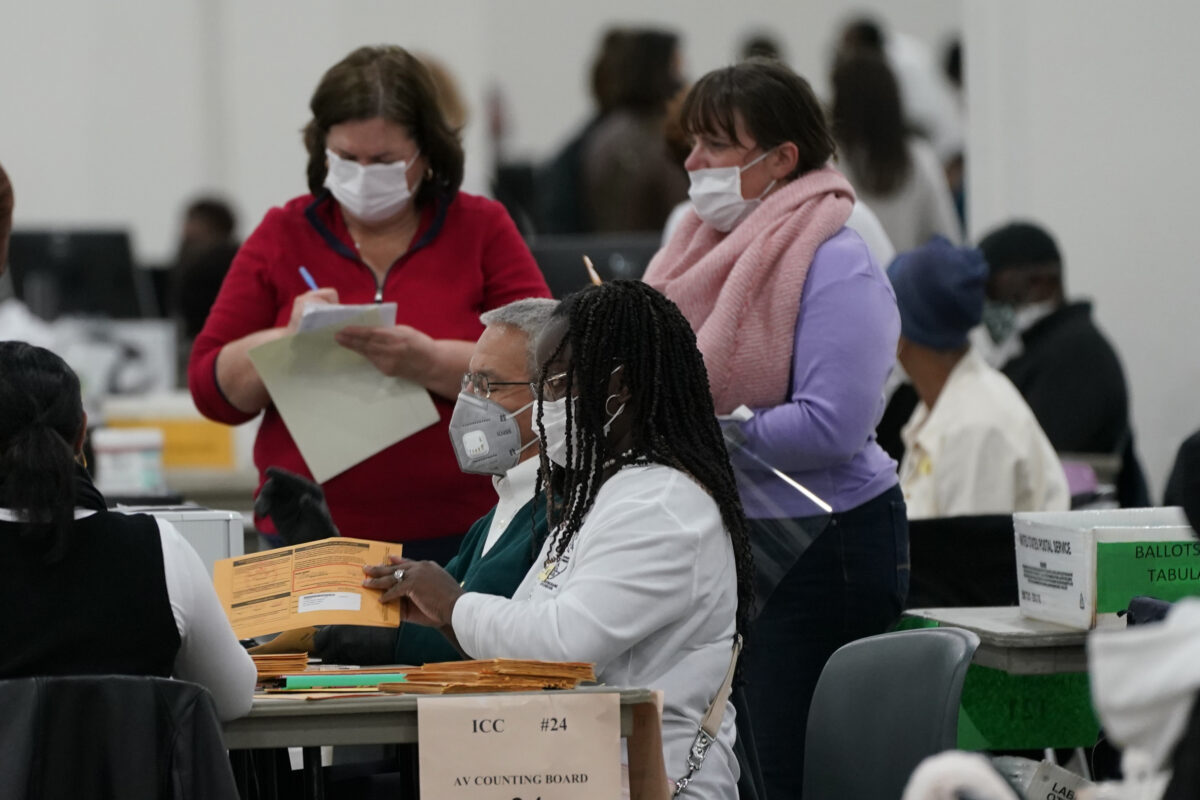 Absentee ballots are processed at the central counting board in Detroit, Mich., on Nov. 4, 2020. (Carlos Osorio/AP Photo)

Trump’s legal team initially filed this case on Nov. 4, seeking to halt the counting in the state “until meaningful access has been granted” to view the handling of absentee ballots.

The campaign claimed that Benson was allowing absentee ballots to be counted without teams of bipartisan observers as well as challengers.

Judge Cynthia Stephens held a hearing on the case the next day and denied the campaign’s request to stop the counting. She noted that Benson was not the right person to sue because she didn’t control the logistics of ballot counting, even as the chief election officer.

The campaign on Nov. 6 asked the Michigan Court of Appeals to review Stephens’s decision, but the court rejected the request in a 2-1 decision on Dec. 4. The team subsequently escalated the appeal to the state Supreme Court in hopes to overturn Stephen’s ruling.

A number of parties have sued Michigan in an attempt to invalidate “illegal” ballots cast during the 2020 general election, citing concerns of election irregularities and voter fraud.

Multiple witnesses and whistleblowers testified before the Michigan House Oversight Committee on Dec. 2, claiming instances of fraud and intimidation during the general election.

The most recent case was filed by Texas in the Supreme Court. Texas Attorney General Ken Paxton is asking the Supreme Court for permission to sue four battleground states of which Michigan is listed as a defendant. Other states listed include Pennsylvania, Georgia, and Wisconsin.

The Trump campaign did not immediately respond to The Epoch Times’ request for comment.