LANSING—Grace Norris, protesting election fraud, felt this was a “give me liberty or give me death” moment if there ever was one in modern American history.

“If we lose our Constitution, we are losing our country, so the USA will no longer be existing like it was before,” she said. “And I came here for freedom.” 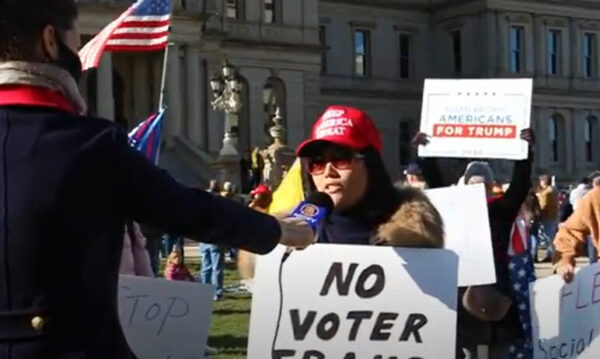 Linrong Gu didn’t vote in this election, but that doesn’t mean a stolen election wouldn’t affect her.

“Democracy is built on the transparency of the voting system. If we don’t have a transparent voting, system, if we allow voter fraud going on, then we don’t have a real democracy,” she said. “I came from China, and am in the process of being naturalized to become an American citizen. I don’t want this country to have fake democracy!”