Michigan’s most populous county reversed course on Nov. 17 and unanimously certified its Nov. 3 election results, shortly after two GOP members of Michigan’s Wayne County Board of Canvassers cast a vote against the move which resulted in a deadlocked 2-2 vote.

The unanimous vote to certify the results came on the condition that the Secretary of State’s office conduct a comprehensive audit of the unexplained precincts across the county.

The abrupt reversal followed a Tuesday evening meeting, during which Board Chairwoman Monica Palmer and William Hartmann, both Republicans, initially cast votes against certifying the results, while Democrats Allen Wilson and Board Vice Chair Jonathan Kinloch voted in favor of certification.

Palmer had said her refusal to certify results for the county’s 43 jurisdictions, including Detroit, was based on the fact that she and Hartmann believe that they “do not have complete and accurate information in those poll books.”

She also said that while she would have been open to certifying election results in some jurisdictions, others including Detroit—the state’s largest voting jurisdiction—have recorded unexplained discrepancies. 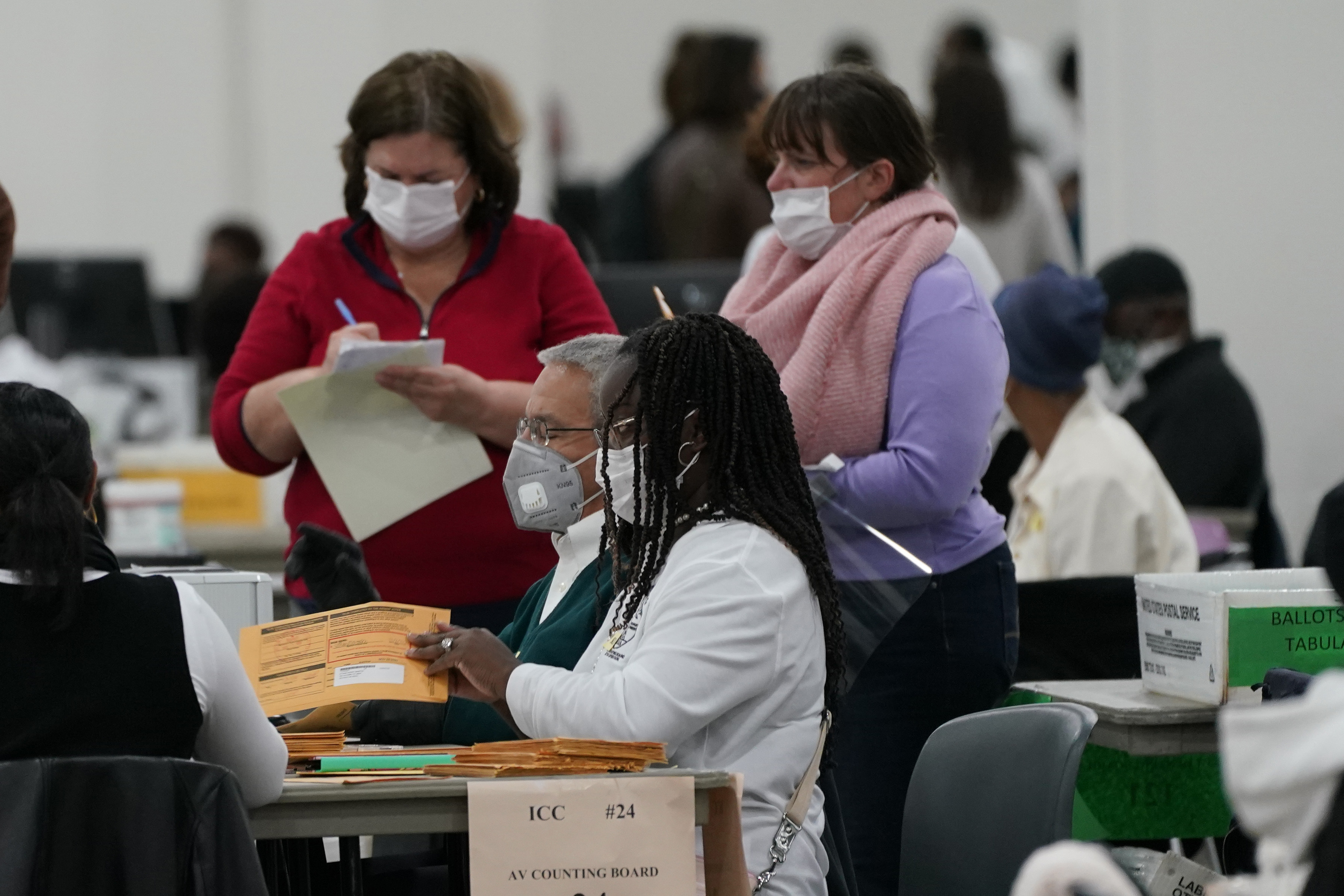 Absentee ballots are processed at the central counting board in Detroit, Mich., on Nov. 4, 2020. (Carlos Osorio/AP Photo)

After the four board members cast their votes, Palmer and Hartmann listened to a number of spectators over Zoom, who criticized their decision, The Associated Press reported.

The pair were reportedly called a “disgrace” by Rev. Wendell Anthony, a pastor and head of the Detroit branch of the civil rights organization the National Association of the Advancement of Colored People (NAACP).

“You have extracted a Black city out of a county and said the only ones that are at fault is the city of Detroit, where 80 percent of the people who reside here are African Americans. Shame on you!” Anthony said.

After the meeting, Hartmann said the intense criticism didn’t cause him to change his vote. Rather, he said he acted because the board had agreed to ask the secretary of state to investigate Detroit’s election results.

The Trump campaign, Wayne County Board of Canvassers and the NAACP didn’t immediately respond to requests for comment by The Epoch Times.

Tuesday’s meeting came after a lawsuit to delay the certification was rejected by the Michigan Court of Appeals on Monday. Michael Riordan, the presiding judge on the appeals court, wrote that the appeal request was denied “for failure to persuade the Court of the existence of manifest error requiring reversal.” 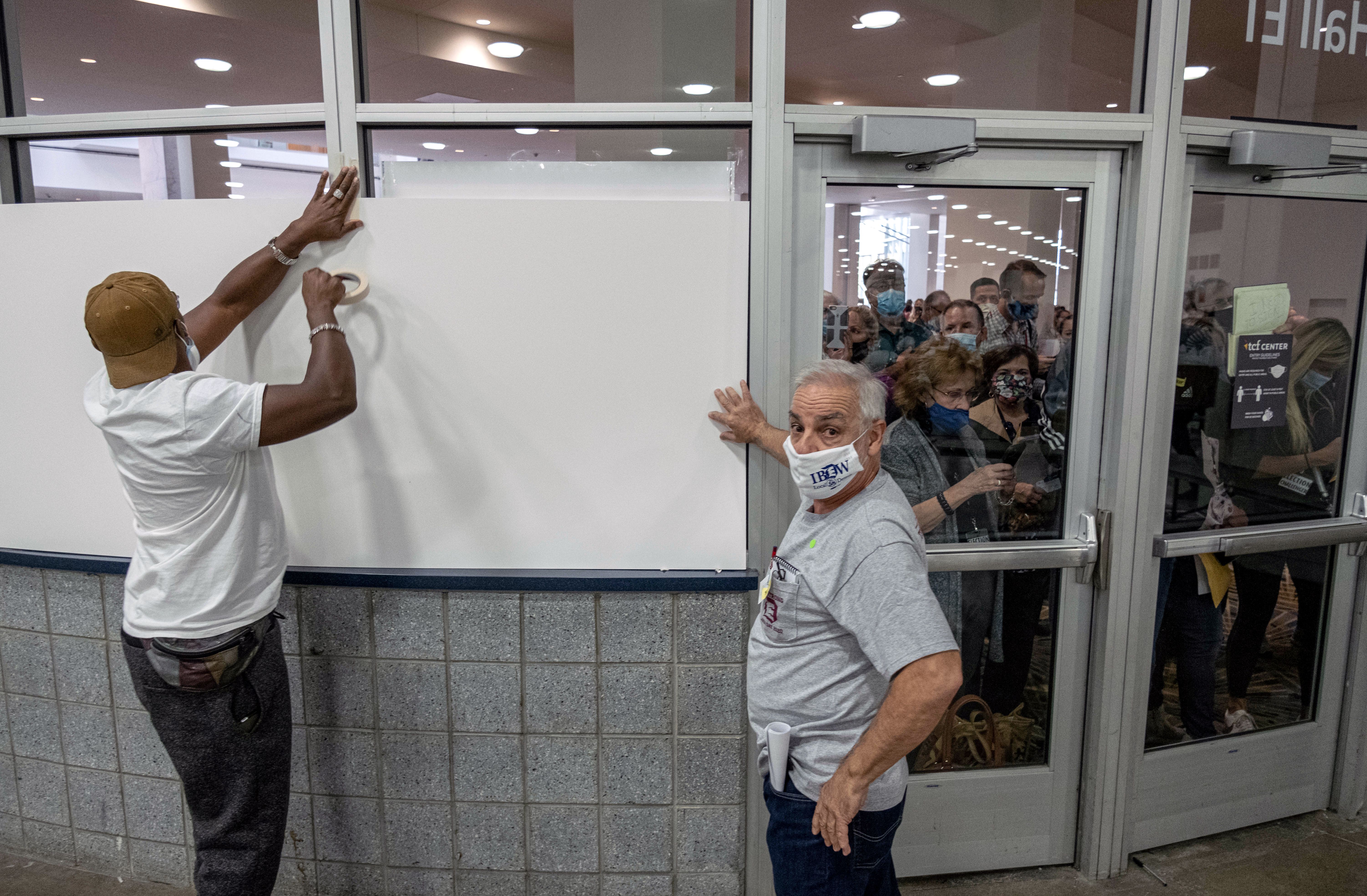 Poll workers board up windows so ballot challengers can’t see into the ballot counting area at the TCF Center where ballots are being counted in downtown Detroit, Mich., on Nov. 4,2020. (Seth Herald/AFP via Getty Images)

Detroit Mayor Mike Duggan welcomed the news in a statement.

“Glad to see common sense prevailed in the end,” Duggan said. “Thank you to all those citizens who spoke up so passionately. You made the difference!”

“I am proud that, due to the efforts of the Michigan Republican Party, the Republican National Committee and the Trump Campaign, enough evidence of irregularities and potential voter fraud was uncovered resulting in the Wayne County Board of Canvassers refusing to certify their election results,” Cox said in a statement.

“Monica Palmer and William Hartmann have chosen to tarnish their personal legacy by picking up the GOP banner of making allegations without any evidence,” Barnes said. “For the Republican members of the Wayne County Board of Canvassers to buy into conspiracy theories and completely disregard the will of the voters in Michigan is not only shameful but a complete dereliction of duties.”

Michigan Gov. Gretchen Whitmer, a Democrat, told MSNBC Tuesday evening that there is “no question” that Democratic nominee Joe Biden won the state of Michigan.

While a number of news outlets declared Biden the winner, The Epoch Times won’t declare a winner of the 2020 presidential election until all results are certified and any legal challenges are resolved.

Ivan Pentchoukov and The Associated Press contributed to this report.