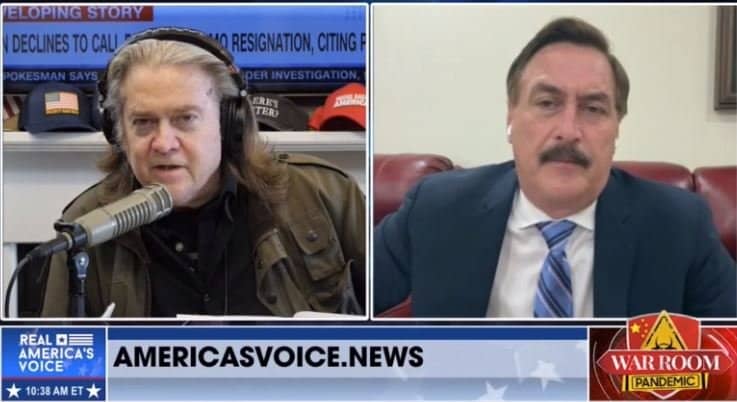 Author, conservative activist and My Pillow founder Mike Lindell went on with Steve Bannon on the War Room earlier today.

During their lengthy conversation, Mike Lindell announced he was going to counter sue Dominion Voting Systems.

This comes after Dominion announced in late February that they were suing Mike Lindell and others for $1.3 billion.

Mike Lindell: You’re also going to have My Pillow going after Dominion in a counter-suit and that’s going to be a speech. You’re going to have me go after them, counter-suing them. And both of this is going to happen… There are two cases. One will be My Pillow, one will be Mike Lindell. They’re both going to be a little bit different because what Dominion did is violate the rights of everyone in this country by using bullying lawsuits and RICO law. Basically what they’re saying to news outlets is, “If you let this guy on we’re going to sue you!” That’s racketeering. That goes back to the mafia days.

TRENDING: WATCH: 65-Year-Old Woman Violently Arrested in Texas Bank of America for Not Wearing Mask, Despite Mandate Being Lifted