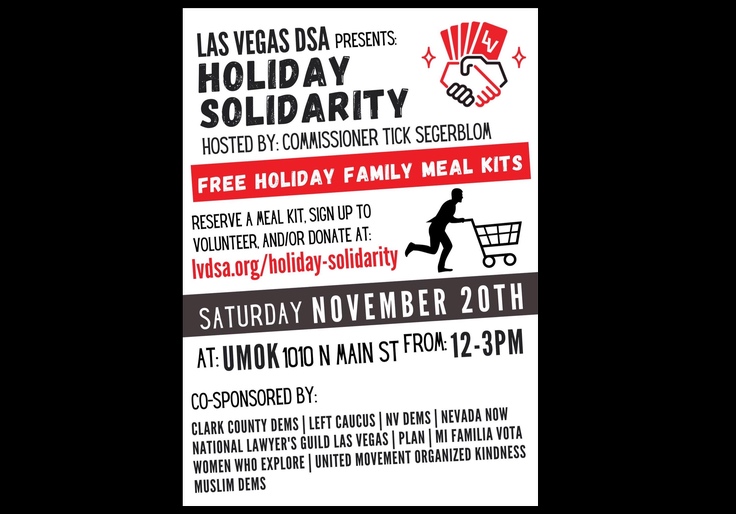 The Nevada State Democratic Party is partnering with local socialists and anti-Semitic groups for a “solidarity” party.

The official account for the Nevada state party announced Tuesday that it was “excited” to partner with the Las Vegas chapter of Democratic Socialists of America for its annual holiday party, which this year is branded as a “solidarity” event. Another cohost is the group Nevadans for Palestinian Human Rights, which in recent months celebrated terrorists who fight against Israeli “occupation.” The two groups in September cohosted a rally to “Globalize the Intifada” that featured the slogan “From Las Vegas to Palestine.”

The “solidarity” event comes months after a slate of socialist activists were able to unseat the entire leadership of the state party at its March convention.

Also announced as a cohost for the event is the Sunrise Movement, a radical environmental group that last month came under fire for stating it would no longer work with Jewish groups.

The new leaders of the state party have expressed radical views in the months since. Party chairwoman and former Bernie Sanders delegate Judith Whitmer, for example, has attacked the national leadership of the Democratic Party for supporting Israel during Hamas terrorists’ rocket attacks in the Gaza Strip. Whitmer in May said the Biden administration turned “a blind eye to the injustice and violence committed by the Israeli government,” a statement that prompted the resignation of a top party official.

The actions could spell trouble for Nevada Democrats running for reelection next November, including Sen. Catherine Cortez-Masto. Embracing socialism is a risky maneuver in a swing state like Nevada. Top Democratic strategists such as James Carville have blamed voters’ recent swing toward Republicans on the Democrats’ embrace of the far left, with Carville saying that his party was in need of a “woke detox center” before next year’s midterms.

The lack of solidarity between Democrats has divided fundraising in the state. Prior to the socialist takeover earlier this year, the state party wired $450,000 from its coffers to the establishment-controlled Democratic Senatorial Campaign Committee in Washington, D.C. The DSCC now sends money to Nevada Democratic Victory, not the official party.

The Nevada State Democratic Party did not respond to a request for comment. 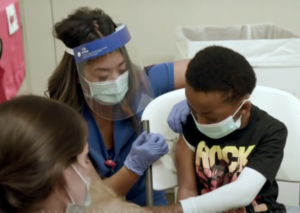 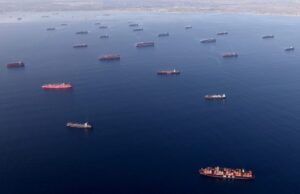 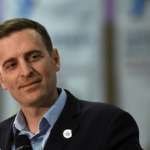 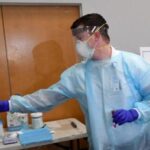 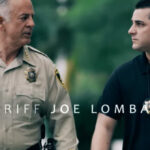