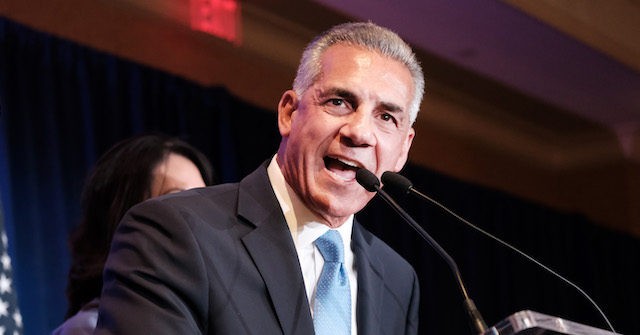 The campaign of New Jersey Republican gubernatorial candidate Jack Ciattarelli, who has not conceded, announced on Monday that it is still considering the possibility of requesting a recount, even though he trails incumbent Gov. Phil Murphy (D-NJ) by 2.6 percent in the latest vote count, with 90 percent of the vote counted six days after the November 3 election.

“Waiting an additional day or two for all votes to be counted should not be controversial,” Ciattarelli legal counsel Mark Sheridan said in a statement released by the campaign on Monday.

“New Jersey does not have an automatic recount provision, but recounts may be requested within 17 days of the election. Any candidate may request a recount and the requester is responsible for the cost of the recount unless the election outcome changes,” Ballotpedia reports.

The Ciattarelli campaign emphasized that it is not alleging any instances of vote fraud.

“Let me be clear, no one on this team is alleging fraud or malfeasance, as we have not seen any credible evidence of that,” Sheridan said in the statement.

“However, the new law Governor Murphy and state Democrats rushed to enact led to this disjointed and excruciatingly slow vote counting process. We still have vote-by-mail ballots outstanding and approximately 70,000 provisional ballots to be counted,” Sheridan added.

“At this time, we do not expect the provisional vote count to end with Jack Ciattarelli in the lead,” he continued.

“However, that count may reduce the margin for Governor Murphy enough to warrant a full recount,” Sheridan added.

The campaign statement released provided these details on the status of the vote count as of 2:00 p.m. ET Monday:

“We will make the decision to pursue a recount based on all of the facts, which includes that this is the first time New Jersey is conducting an election under the new law, using new technology and vote counting procedures,” he added.

At a press call Monday afternoon, the Ciattarelli campaign indicated it may request a recount if Murphy’s margin over Ciatterilli drops from 2.6 percent to one percent, as Fox News reported:

The campaign has discussed the possibility of asking for a recount, though officials would not commit to taking that route until they can assess the situation after all ballots have been counted.

“The odds of them all going in favor of Jack and changing the outcome of this election based on the current timeline is unlikely,” Sheridan said of the current vote tally in a call with reporters Monday. “But that doesn’t mean it doesn’t bring it close enough to warrant a recount, which is really what we’re sitting here looking to do at this point of time, is evaluate whether or not it makes sense to recount this vote. ”

The campaign said the threshold for asking for a recount would be “roughly one percent” but continued to stress that the refusal to concede so far was not based on any reports of fraud.

Sources tell Breitbart News that a recount of the 2021 gubernatorial election could cost $1 million or more.

By law, the Ciattarelli campaign has until November 20 to determine whether it will request a recount. Should it request a recount, the state is obligated to conduct it but the request for the recount must be accompanied by financial guarantees to cover the estimated cost.

“We understand that Governor Murphy and his team are embarrassed that in a state with 1 million more registered Democrats and where Joe Biden won by 16 points, they are leading by such a small margin,”  Russell said.

“But the Murphy campaign’s attempt to spin their lackluster performance will have no impact on our decision,” Russell added.

Ciatarelli, a CPA and former member of the New Jersey General Assembly, fared much better in his 2021 campaign against Murphy than the 2017 GOP nominee, Kim Guadagno, did that year, as Ballotpedia reported:

Charles Stile of NorthJersey.com called the election a “race to the bottom” in a September 2021 article, citing Murphy and Ciattarelli’s negative attacks targeting the other. Murphy used campaign ads and events to portray Ciattarelli as out of touch with the state’s electorate and wanting to impose former President Donald Trump‘s (R) agenda on the state. Ciattarelli highlighted issues such as taxes and the handling of sexual abuse allegations to frame Murphy as an elected official who does not understand the needs of average New Jerseyites. 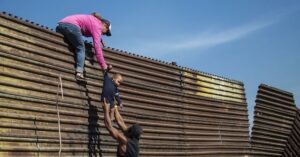