Vice President Mike Pence asked a federal judge on Thursday to reject an effort to give him “exclusive authority” to decide which Electoral College votes should be counted during the upcoming joint session of Congress.

Rep. Louie Gohmert (R-Texas) and other Republicans last week filed a lawsuit against Pence, requesting that the court grant Pence power to decide which votes to count on Jan. 6, 2021, when lawmakers will gather to observe the formal certification of states’ electoral votes for the president of the United States.

Pence argued that he was not the correct defendant to the lawsuit, reported The Hill. In a Thursday filing to U.S. District Judge Jeremy Kernodle, an attorney representing Pence wrote, “A suit to establish that the Vice President has discretion over the count, filed against the Vice President, is a walking legal contradiction.”

According to a filing asking for an accelerated schedule in the case, plaintiffs said that their counsel had “made a meaningful attempt” to reach out to Pence’s counsel but discussions “were not successful in reaching an agreement and this lawsuit was filed.”

The lawsuit concerns Pence’s role as president of the Senate.

In seven battleground states, Republican electors cast alternative slates of votes for President Donald Trump on Dec. 14. They alleged that Trump was the true winner in those states, alleging election fraud and contesting election officials who declared a win for Biden. 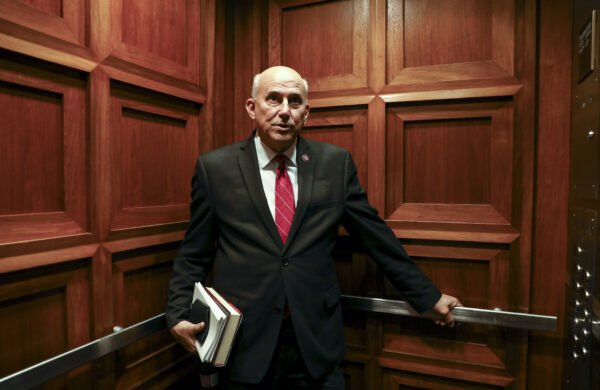 Gohmert and other Republicans argued in the lawsuit that the U.S. Constitution clearly outlines the protocol for when alternate slates of electors are presented to the president of the Senate. They say the president of the Senate has “exclusive authority and sole discretion under the 12th Amendment to determine which slates of electors for a state, or neither, may be counted.”

The 12th Amendment of the Constitution states that electors of each state have to meet, and ultimately send the signed and certified votes to the president of the Senate, in this case, Pence.

“The President of the Senate shall, in the presence of the Senate and House of Representatives, open all the certificates and the votes shall then be counted,” the 1804 amendment says.

Gohmert is among the dozen or so House members planning on challenging electoral votes during the joint session on Jan. 6, 2021. At least one senator is needed to sustain a challenge.

The power of the vice president to count or reject electoral votes is disputed.

The White House did not immediately respond to a request for comment from The Epoch Times.