“I’m really grateful that you all came out today I truly am. And to each and every one of you, I’ll make you a promise. As our election contest continues in courthouses across the land, we’re going to keep fighting until every legal vote is counted, we’re gonna keep fighting until every illegal vote is thrown out, and we will never stop fighting to make America great again,” Pence added.

Trump is contesting the election results, pointing to alleged and confirmed fraud and other irregularities. Democratic presidential nominee Joe Biden has said fraud didn’t affect the outcome of the election and has repeatedly claimed victory.

The Epoch Times is not calling the race at this time.

Loeffler and Perdue are both facing runoff elections next month after failing to garner a majority of the vote on Nov. 3. Loeffler is in a race with Atlanta pastor Raphael Warnock while Perdue is vying with filmmaker Jon Ossoff. If Democrats win the White House and both races, they’ll control the Senate through the tiebreaking votes the vice president can cast.

Loeffler told the rally that Ossoff is “a trust fund socialist” while Warnock is “a “radical liberal” and “a Marxist.”

“We will see the first Marxist elected to [the] Senate if we don’t win these races,” she said. 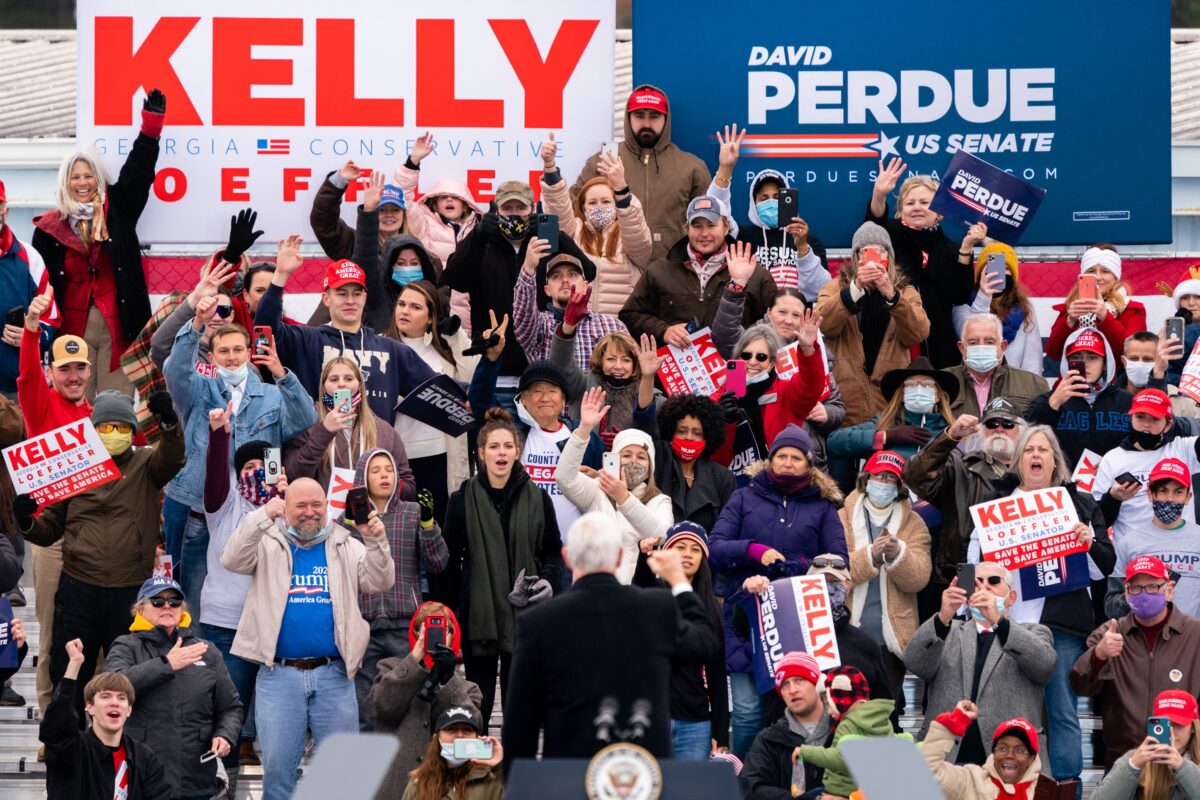 Vice President Mike Pence looks at a portion of the crowd during a Defend The Majority campaign event in Columbus, Ga., on Dec. 17, 2020. (Elijah Nouvelage/Getty Images) 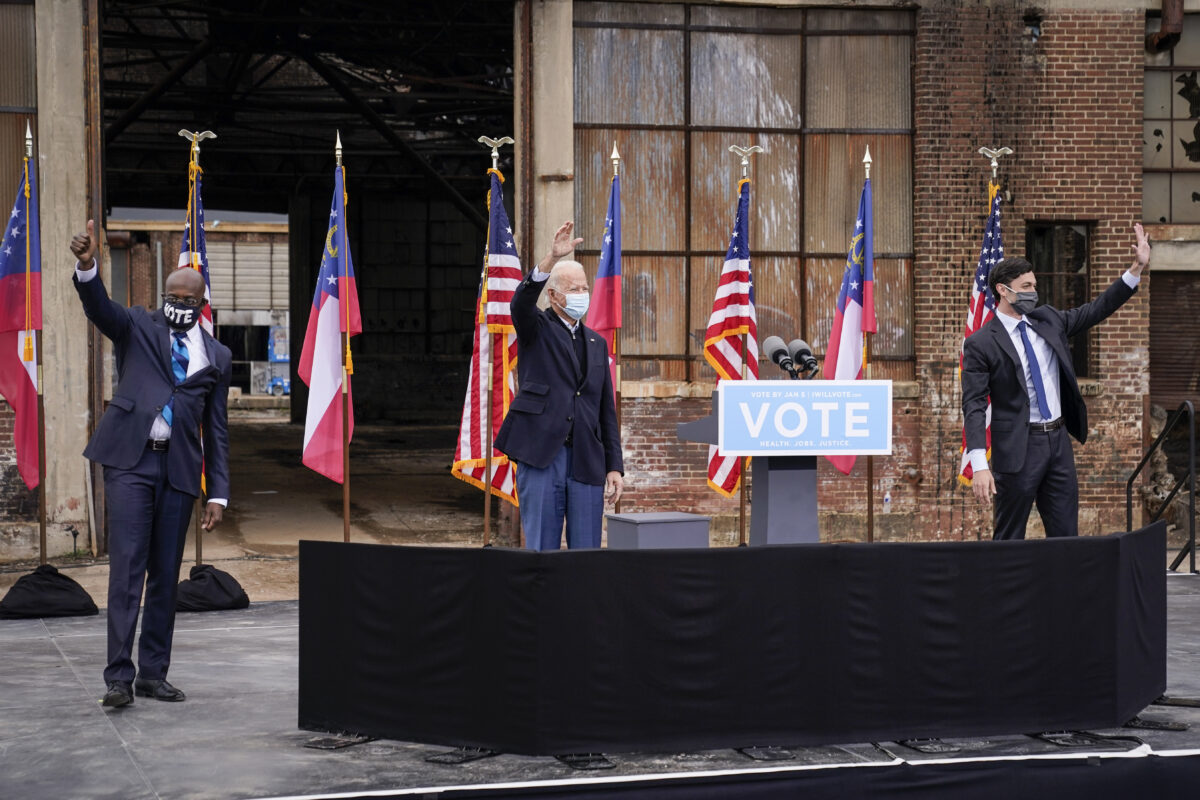 Pence was in Georgia supporting the senators two days after Biden went to Atlanta to rally with Ossoff and Warnock.

Biden told a crowd that they should get out to vote because the Democrats will help him enact his agenda if he ends up winning the presidency.

“There’s so much more we can get done, on COVID, on revitalizing our economy, on healthcare, on voting rights, on criminal justice, racial justice, on climate change, we can get so much done. So much that can make the lives of people of Georgia and the whole country so much better. And we need senators who are willing to do it for God’s sake,” he said.

“We need to do right by Joe Biden. We need to make sure Joe Biden can pass his agenda,” Ossoff added.

Warnock accused Loeffler of being “busy trying to distract the people of Georgia because she can’t account for her 10 months.”

Loeffler was appointed by Republican Georgia Gov. Brian Kemp to replace retiring Sen. Johnny Isakson (R-Ga.). The winner of their runoff will only be in office for two years, finishing Isakson’s term.

The winner of the other runoff gets six years in office.