A Pennsylvania elementary school principal is suing her school district after she says she was fired for posting conservative memes on her personal Facebook account. She’s seeks a return to her position and $500,000 for ’emotional turmoil’ due to her ouster.

Amy Sacks, a teacher for 20 years, posted on Thanksgiving Day that she was fired by the Perkiomen Valley School District after Superintendent Barbara Russell “decided that the First Amendment Freedom of Speech has no place in public schools and that teachers and administrators are unfit to serve if they hold and express political beliefs that are right of center.“

According to the Daily Mail, Sacks was removed as principal of Evergreen Elementary School in July. Her attorney says she was “mysteriously removed with little explanation,” implying Russell found her social media postings “offensive, unacceptable, and unprofessional,” and that Sacks is a “racist.”

A sample of the memes in question via the Mail: 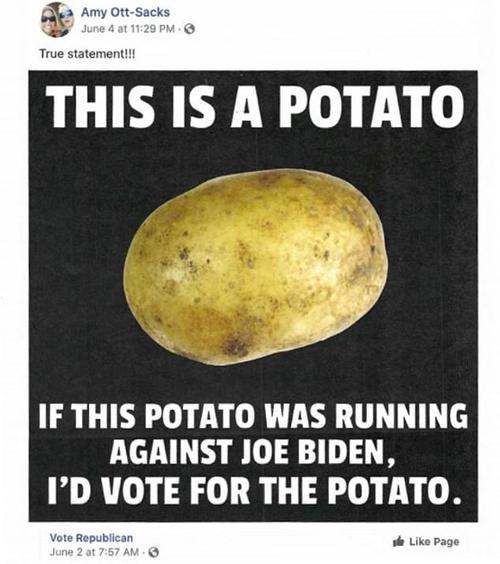 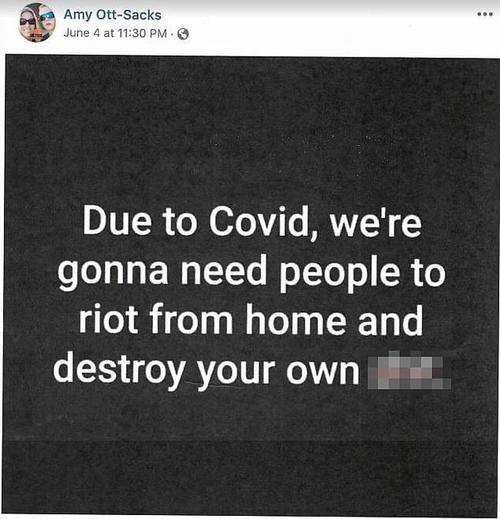 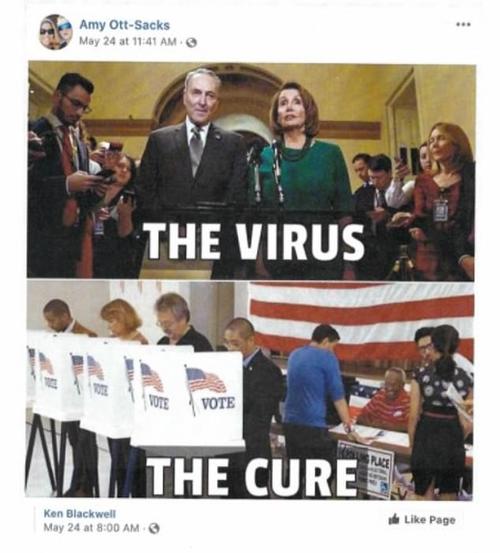 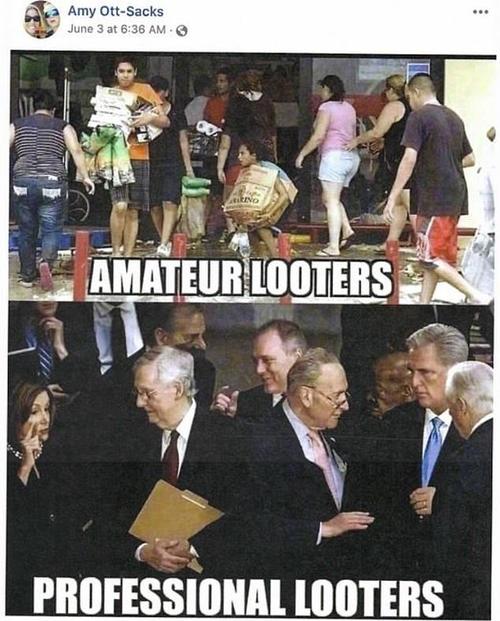 “Many of you know that I am no longer the Principal of Evergreen Elementary at this time. However, the circumstances surrounding this situation have been kept quiet until now,” Sacks said in her Thanksgiving post, adding: “I am reaching out to you today to share with you that as Principal of Evergreen Elementary School I was terminated because I expressed right of center political views – PRIVATELY. Political memes caused me to lose my job. Nothing that I did was even borderline unacceptable – they were simply political viewpoints.”

“Perkiomen Valley School District and Superintendent Barbara Russell have decided that the First Amendment Freedom of Speech has no place in public schools and that teachers and administrators are unfit to serve if they hold and express political beliefs that are right of center. This cancel culture within the public school system has to stop,” her post continues. “I was Principal of one of the best performing elementary schools in Pennsylvania and still fell victim to being cancelled out by liberal bureaucrats who don’t believe in diversity of thought, speech, opinion, or political affiliation.

With the support of my husband and family, I have decided to challenge the school district by filing a lawsuit against them to save my job. I hope to lead by example and inspire others to stand against the erosion of our constitutional rights in America.” 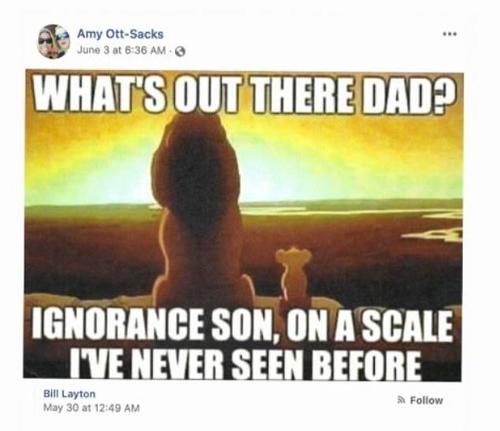 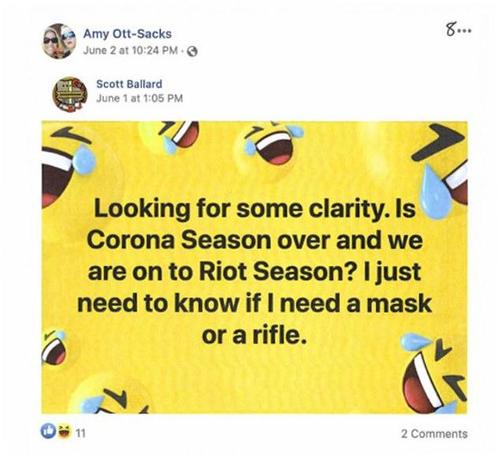 Sacks’ lawyers say the school board’s actions were illegal, and that she never received so much as a warning.

“At no point was Amy advised to get counsel, nor was she informed of her rights; instead she was viciously threatened with career ruination if she tried to contest anything happening,” her lawyers argue.

The school board approved her termination but then stated that Sacks had ‘resigned’.

‘The conduct was wildly illegal. Amy has a near absolute right to free speech on her private Facebook account. Furthermore, before any action can be taken against a public employee, Due Process requires that the school provide her notice of the charges against her,’ Sacks’ lawyers state.

The lawsuit claims Superintendent Russell told Sacks that her posts had offended a parent who then got in touch with the school district.

Other postings from around the same time showed her clear opposition to having Joe Biden as president.

‘This is a potato’, read one, next to an image of a potato. ‘If this potato was running against Joe Biden, I’d vote for the potato.’ –Daily Mail

Land of the free indeed…

11 Dec 2020
Pennsylvania
Virginia County Stands Up Against Ralph “Blackace” Northam’s Arbitrary COVID Restrictions
If the Supreme Court sides with Trump and his allies in Texas v. Pennsylvania, what happens next?