Republican Glenn Youngkin won the Virginia gubernatorial race by what appears to be a comfortable margin. Here are five quick takeaways.

1. If this race is a bellwether for 2022, next year will be a monster landslide for Republicans.

Joe Biden won Virginia last year by 10.1 points. And the previous Republican gubernatorial nominee, four years ago, lost by 8.9 points. In fact, until Tuesday, no Republican had won anything statewide in Virginia since 2009.

Yet now, the old conventional wisdom—that Virginia is a blue state—has to be retired. Youngkin seems to have shifted the vote by a dozen or more points, from minus 10 points to plus a few.

We can also add that if Republicans were to make Virginia-sized gains nationwide in 2022, we’d be looking at a midterm monster landslide on the order of (if not bigger than) the GOP “Tea Party” victory in 2010.

Republican gubernatorial candidate Glenn Youngkin throws a basketball into the crowd after speaking to supporters at a campaign rally in Leesburg, VA, on November 1, 2021. (AP Photo/Cliff Owen)

2. Electoral politics is about addition, not subtraction. Youngkin won by winning back the suburbs.

It’s simple. If you don’t have enough votes—and as we have seen, Republican had been short votes in Virginia for a dozen years—then you have to get some from somewhere.  In Youngkin’s case, he added the old mainline suburban vote (which has been falling away over the years) to the more recently energized Trump vote in rural areas and small towns. That’s how you win: You add constituencies to build a majority.

Of course, in his quest to regain those lost suburbanites, it helped that Youngkin has a sort of Mitt Romney-ish business background, which means that he’s a familiar Republican archetype. However, Youngkin proved to have more natural flair as a candidate than did Romney; after all, Youngkin won on his first time out, whereas Romney was defeated back in 1994, in his first bid for statewide office.

This year, even Democrats noted that Youngkin has an upbeat and appealing way about him. For instance, under the headline, “Glenn Youngkin’s Cheerful Culture War,” Bill Scher, a strong blue partisan and yet also a thoughtful observer, wrote of the Virginia race, “Youngkin’s way is not the Trump way. It’s a traditional and subtle way of straddling the base and the middle. It’s not as frightening to Democrats, which is why it’s more politically sustainable for the Republican Party.”

Any election veteran will tell you that people are a lot more likely to vote for someone they like as a person, as opposed to dislike. 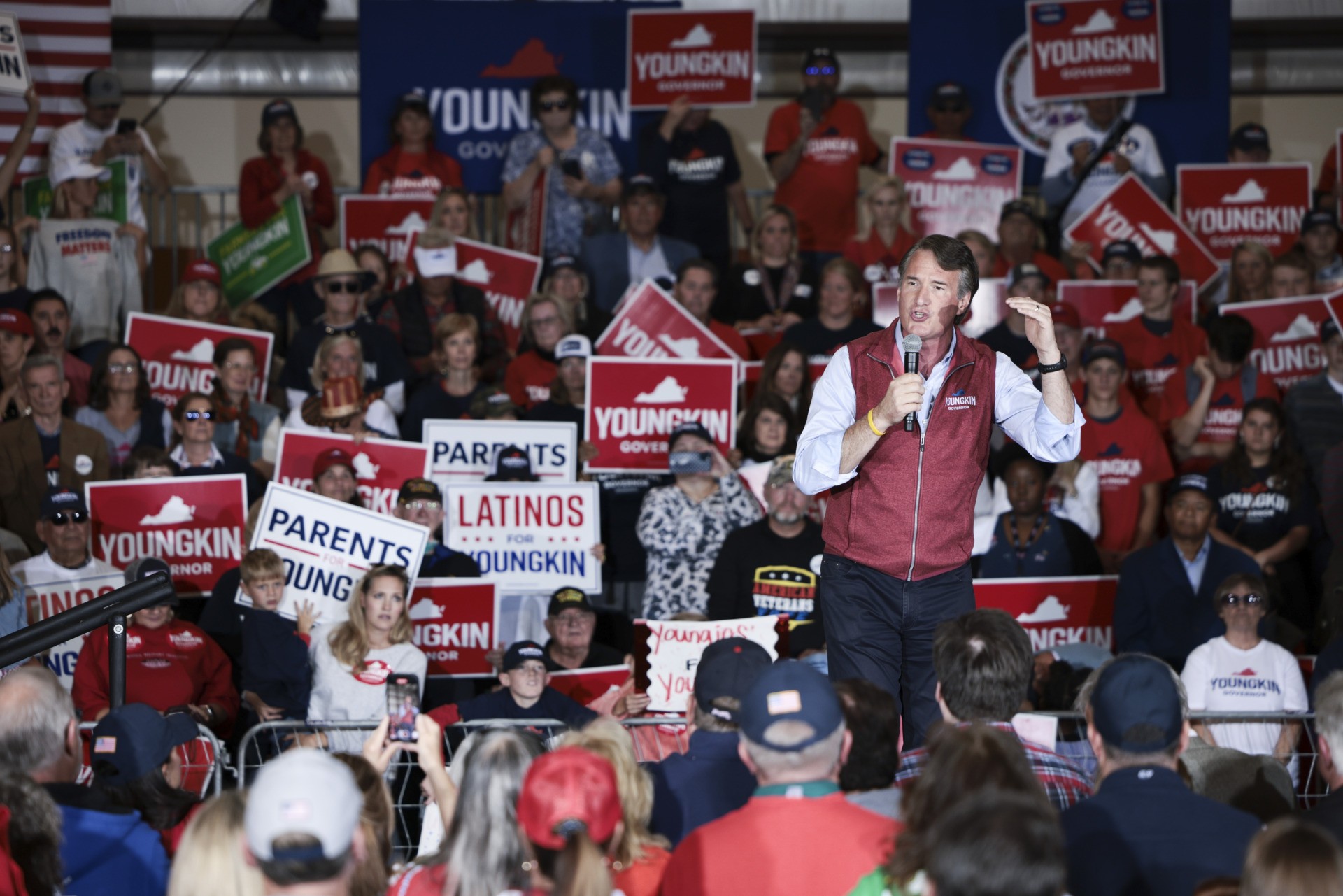 And yet even as Youngkin was charting his own path this year, he enjoyed a strong rapport with former president Donald Trump, who declared on November 1, “Hopefully everyone will get out and VOTE tomorrow for Glenn Youngkin, who will be a fantastic Governor for the Great State of Virginia.”

As Youngkin said many times on the campaign trail, his goal was to bring together the Forever Trumpers and the Never Trumpers. As a matter of electoral mathematics in Virginia, that’s the only way to win.

3. The “culture war” issues are winners for Republicans.

There’s a lesson from the military: Ride to the sound of the guns. In combat, if there’s shooting, it’s best to go help your side, while always seeking out victory. And that’s just what Youngkin did on two education issues: Covid-19 school closures and Critical Race Theory (CRT).

In Virginia, the “sound of the guns” was loudest in Loudoun County, about 40 miles outside of Washington, DC.  Joe Biden carried the county, with its population of more 400,000, by a whopping 24 points last year, and yet this year, Loudoun parents were furious about school lockdowns and CRT—and that was before reports came out about a rape in a school bathroom that was covered up by politically correct Loudoun County schools authorities.

In the words of local activist Ian Prior, the 2021 election was about “which of the two candidates is listening to his political constituency and giving them hope for their children.” Prior added that Youngkin “spent his campaign listening to concerns of parents who watched schools remain closed during Covid, push sexualized and racially divisive material in classrooms and libraries, and fail to keep students safe from sexual assaults.”  In other words, Youngkin showed up and he cared, even as he pledged to abolish CRT on day one.

We should also add that Youngkin ran a campaign that kept faith with Trump/Republican orthodoxy on issues such as guns and life. Indeed, conservative social issues, including education, loomed larger than economic issues, such as tax cuts–although Youngkin, in contrast to McAuliffe, ran as a tax-cutter.

So in addition to “likability,” we an add “empathy” and “conservative values” as key attributes to a well-rounded and winning politician. As of this writing, it appears that Youngkin still lost Loudoun County, but only narrowly. To put that another way, from 2020 to 2021, he chopped the Democrats’ advantage in that county by about 18 points.

4. If your opponent makes a mistake, pounce on it and never let it go–especially when that mistake puts the government between parents and their children.

In a September 28 gubernatorial debate, Youngkin, recalling Democratic opponent Terry McAuliffe’s earlier stint as governor, attacked McAuliffe for vetoing a bill that would have given parents more authority over school libraries. In response, McAuliffe not only defended that old veto, but added a new blanket statement, “I don’t think parents should be telling schools what they should teach.”

To which Youngkin responded, “I believe parents should be in charge of their kids’ education.”

It was a mic drop moment.

And then the Youngkin campaign followed up, tweeting out Virginia state law, which states, “A parent has a fundamental right to make decisions concerning the upbringing, education, and care of the parent’s child.”

§ 1-240.1. Rights of parents.
A parent has a fundamental right to make decisions concerning the upbringing, education, and care of the parent’s child. https://t.co/0EDigYoCze pic.twitter.com/shFwGDg8Lf

It’s during this time that Youngkin starting surging, as he kept after McAuliffe, who revealed himself to be far more in league with the teachers’ unions and the “eduocracy” than with actual parents.

Yes, Youngkin kept hammering, even as the Main Stream Media ran a counter-hammering operation, accusing Youngkin of distorting, even lying about, McAuliffe’s record. Indeed, as late as election day, MSNBC’s Andrea Mitchell was still carrying the torch for McAuliffe, declaring that CRT in Virginia was a myth. Yet as we know, the idea that CRT is a myth is itself a myth. A quick look at the Virginia Department of Education’s own website shows CRT all over the place. 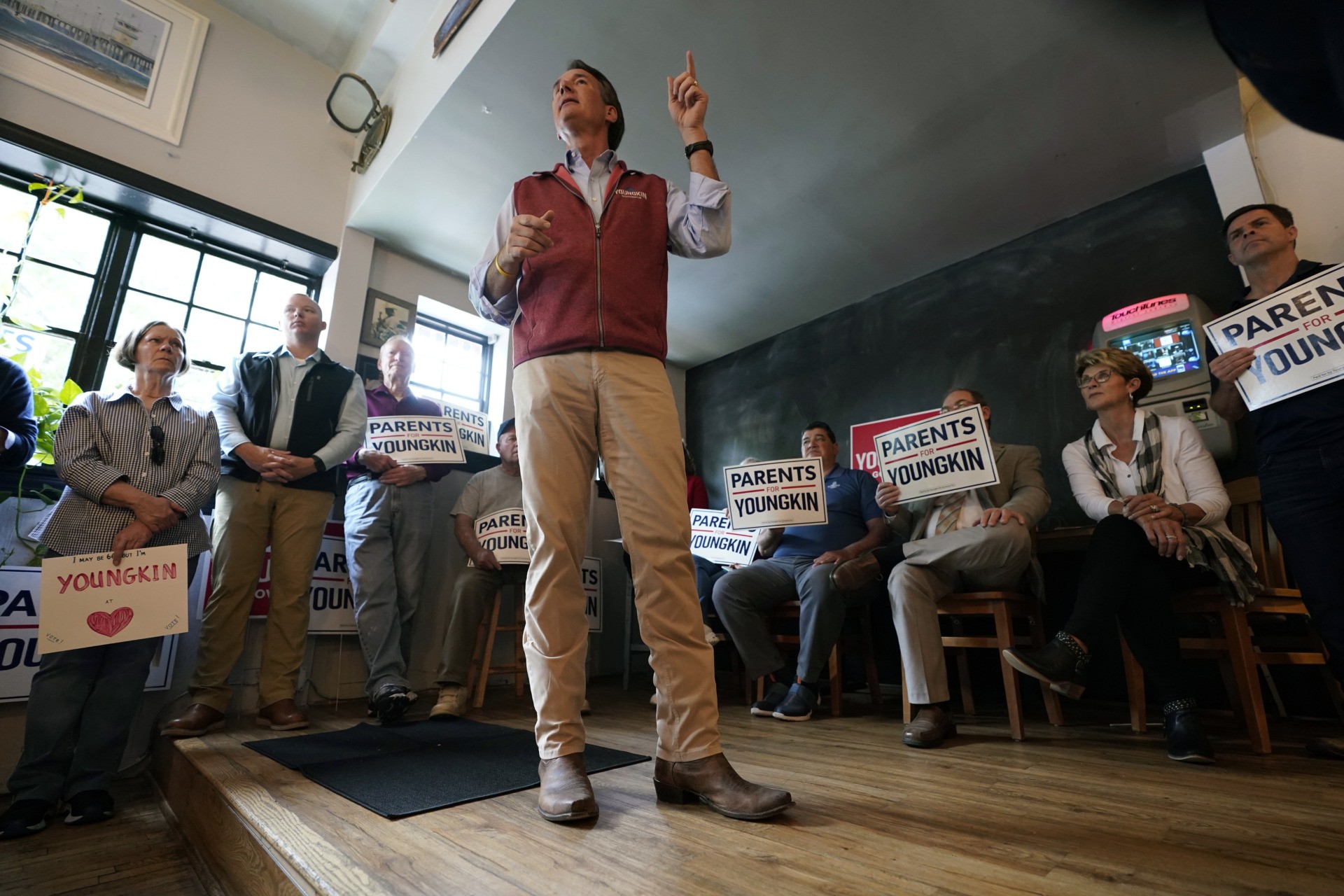 5. Respond rapidly and unflinchingly to the left’s baseless attacks.

Late last month, somebody on the Democratic side thought it would be a brilliant stunt to replay the Charlottesville “tiki torch” march from 2017, so as to make Youngkin look like some sort of neo-Nazi. In response, the Youngkin campaign worked with allies to unmask the dirty trick, demonstrating that the torchbearers were, in fact, Democratic operatives.  Then, with proof of Democratic culpability in hand, Youngkin went on the offensive, relentlessly pinning the blame on his opponent.

As Youngkin told told Breitbart News on October 30, “It was done by the Democrats. And that is absolutely beyond pale in Virginia. It’s not consistent with Virginia’s values—it’s not consistent with anyone’s values. Virginians are absolutely rejecting this partisan, divisive politics that’s been the trademark of Terry McAuliffe’s 43-year political career.” Here we can see Youngkin, deft operator that he is, not only linking the nastiness to McAuliffe, but also reminding voters that McAuliffe is a lifelong DC swamp dweller.

So that’s how Youngkin did it. He got the old Republican band back together. Then he riffed on new issues, worked his tail off, and kept faith with his most important fans.

A Republican star is born. And yes, every other Republican facing the voters next year is in the audience paying close attention.