In a blunt statement that was released on Saturday, Trump suggested the Republican politicians should all be replaced with more patriotic candidates who focus on “America First” priorities.

“You will have my backing! Gonzalez, Kinzinger, and Reed already QUIT, they are out of politics, hopefully for good.

Here is President Trump’s speech from the America First Experience & Gala that I attended last week at Mar-a-Lago.

“Warmonger Liz Cheney (challenge accepted) is on the SKIDS with a 19% approval rating.

“Saving America starts by saving the GOP from RINOs, sellouts, and known losers!

“In the Senate, the ‘Disaster from Alaska,’ Lisa Murkowski (challenge accepted), must go. There is ‘almost’ nobody worse!”

In the past, Trump has previously criticized many Republicans for being too soft on proposals pushed by “Communist Democrats.”

In a July 29 statement, Trump had suggested RINOs worked alongside Communist Democrats:

“Under the weak leadership of Mitch McConnell, Senate Republicans continue to lose. He lost Arizona, he lost Georgia, he ignored Election Fraud and he doesn’t fight.

“Now he’s giving Democrats everything they want and getting nothing in return.

“No deal is better than a bad deal. Fight for America, not for special interests and Radical Democrats. RINOs are ruining America, right alongside Communist Democrats.”

13 sold out. You have to believe they got something for their vote

On Nov. 5, the House of Representatives voted 228-206 to pass a $1.2 trillion infrastructure bill, which could not have passed without the support of 13 Republicans who pushed it through despite opposition from six progressive members of the House.

The 13 House Republicans who voted for Biden’s infrastructure bill included:

Both squishy Republicans and liberal Democrats have failed us by refusing to stand up to China.

The problems we’re seeing today prove the importance of bringing back President Trump and the America First agenda.https://t.co/zTQ3L0JgeA

The six House Democrats who voted against the infrastructure bill included:

The Democrats who voted against the bill were mostly progressives who had demanded that House leadership put the infrastructure bill and another larger bill — the Build Back Better Act — on the floor for a vote at the same time.

For months, Reps. Ocasio-Cortez, Tlaib and Bowman have said that both bills would need to be put on the House floor together in order for them to back the infrastructure bill.

Hours prior to the House vote, Rep. Bush tweeted:

“Conservative Democrats are trying to tell my community that we should just shut up and accept a half deal.

“St. Louis sent me to Congress to do the most for all of us. We won’t accept anything less than the President’s full agenda. The people must win.”

Conservative Democrats are trying to tell my community that we should just shut up and accept a half deal.

St. Louis sent me to Congress to do the most for all of us. We won’t accept anything less than the President’s full agenda.

The people must win.

Omar in a statement said that she has been firm in her support of both bills being passed together:

“From the beginning, I have been clear that I would not be able to support the infrastructure bill without a vote on the Build Back Better Act.

“I refuse to choose between the livelihoods of the union workers who build our highways and bridges, and the childcare and healthcare workers who care for our children, elderly, and disabled loved ones.

However, moderates called for a vote on the infrastructure bill without connecting it to the Build Back Better Act, which many lawmakers on both sides of the aisle were still debating in terms of details.

The entire America First Movement from every sector and corner of the country joined together at Mar-a-Lago to uplift the policies that put the American people first and celebrate the historic policy achievements by the Trump Administration.

Of the 13 House Republicans who voted with Democrats on the infrastructure bill, only 10 are running for re-election next year. Reps. Gonzalez, Kinzinger and Reed announced they would not be seeking another term in 2022.

In addition, three of the House Republicans do not currently have challengers for the GOP nomination in their districts, according to Federal Election Commission filings. Those Republicans include Reps. Bacon, Garbarino and Van Drew, according to ABC News’ report.

ABC News also reported that the challengers’ campaigns against Reps. Fitzpatrick and Malliotakis are “virtually nonexistent aside from their filings for candidacy.” The challengers have not reported any money and do not have campaign websites, according to the report.

The four vulnerable Republicans include Reps. Upton, McKinley, Smith and Young. They could possibly lose if underdog challengers remind voters how the Republicans voted for a Democrat infrastructure bill.

We learned something in 2016: It didn’t matter that President Trump had a Republican Congress. What mattered was weak kneed leaders who didn’t endorse America First policies. The 2022 Primary season is going to be vital. #NewsMax pic.twitter.com/9uFbyoiwGp

Thomas Kahn, a distinguished faculty fellow at the Center for Congressional and Presidential Studies at American University, spoke with ABC News.

Kahn said voting for the infrastructure bill was a smart move for a general election but not necessarily for Republicans in their primaries:

I’m being Primaried by a RINO!

We need MAGA help to flip that seat & stave off RINOs!!! pic.twitter.com/D0aF3jlXs7

With midterm elections less than a year away, the potential challengers also have challenges themselves regarding obtaining resources or momentum to beat the Republican incumbents.

However, Kahn said there is still time for the infrastructure vote to have an impact on the midterms.

For example, ABC News reported that the campaign for Michael Blasi, who is challenging Rep. Smith in the race for New Jersey’s 4th District, has seen an uptick of both interest and financial support.

The man sitting down is a 97 year old World War 2 Vet. The other Is the commander of our local D.A.V.
I promised them, I will do everything I possibly can to help Make America Great Again.
All of you can help me keep that promise #AmericaFirst #NJCD4 pic.twitter.com/v27L4juIRA

Blasi’s “campaign saw social media engagement quadruple over the last week and is expecting to have the equivalent of 40% of Smith’s funding by the end of next quarter.”

For those looking for a quick link to get in the fight and support the cause, click here. 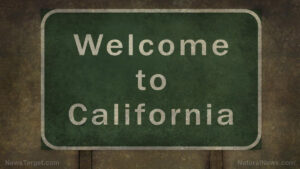