A massive lawsuit from
President Donald Trump lays out tens of thousands of illegal votes
for Joe Biden — well beyond the 11,779 vote margin.

The lawsuit was filed on Friday, but had to be refiled after the
Fulton County Superior Court rejected it on Monday due to incorrect
paperwork and missing filing fees. Both issues have now been
corrected.

The legal team included numerous affidavits and outlined over 30
violations of Georgia laws and codes.

“Georgia officials who have fecklessly asserted that the
general election was an ‘amazing success’ ‘with no credible
evidence of irregularity’ are undermining public confidence in
the integrity of our elections,” State Republican Chairman David
Shafer said when announcing the lawsuit.

“Our lawsuit does not rely on theories about the voting
machines. These theories will be explored in other lawsuits.
Instead, we painstakingly show thousands of examples of ‘low
tech’ voting irregularities and fraud sufficient in scale to
place the election result in doubt,” Shafer continued.

The lawsuit focuses strictly on illegal votes, not the machines
themselves, according to a report from the
Federalist.

You can read the lawsuit in full here.

9 Dec 2020
Georgia
Attorney Greg Teufel: By January 6th the Trump Team Should Hope to Have Some Kind of Relief – If Fraud Is Proven they Can Invalidate an Election (VIDEO) 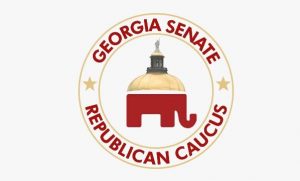