Rep. Jim Jordan speaks with supporters at CPAC at the Hyatt Regency in Orlando, Fla. on Sunday, Feb. 28, 2021. (Sam Thomas/Orlando Sentinel via AP)

Ohio Republican Rep. Jim Jordan took aim at Democrat double standards in U.S. elections while speaking at CPAC on Sunday. He stressed the left is trying to set a standard of intolerance for questioning election results because it’s politically convenient.

The conservative lawmaker went on to stress that liberal lawmakers seem to only accept challenges to elections when doing so would be politically convenient for them.

“That Maxine Waters (January 6, 2017) objected to the state of Wyoming. President Trump won Wyoming by 40 points, so the reason Democrats are so out to cancel us is because they don’t like that we tell the truth about them,” stated the Ohio lawmaker. “They like the fact that they can engage in this hypocrisy and double standard.”

“No president in my lifetime has done more of what they said they would do than President Trump did during his four years.” Rep @Jim_Jordan #CPAC2021 #AmericaUnCanceled pic.twitter.com/QLFgLl8mUs

Jordan called on Americans to continue fighting for democratic values outlined in the Constitution, adding he’s confident Republicans will take back the house in 2022. 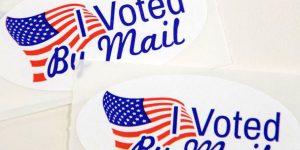 Texas judge and three others arrested on 150 counts of voter fraud
Gov. Brown Facing Full Secession as Option to Join Idaho to Appear on Ballot in Multiple Counties