According to a recent report, tech giant Apple has begun censoring certain words and phrases from being engraved on their products in China, Hong Kong, and Taiwan. One of the censored engravings in China is “8964,” which is a reference to the Tiananmen Square Massacre.

CitizenLab reports that tech giant Apple has begun censoring certain words and phrases from its product engraving service in China, Hong Kong, and Taiwan. The company previously censored certain terms in an attempt to avoid racist language or vulgar words, but new reports claim that the company is now restricting words and phrases relating to political references in Hong Kong and Taiwan.

While Apple does not provide a direct list of all of the banned phrases by geographical region, CitizenLab undertook its own analysis which found that Apple filters 1,045 keywords in China while only filtering 542 in Hong Kong, 397 in Taiwan, 206 in Canada, 192 in Japan, and 170 in the United States.

In the U.S., Canada, and Japan no political phrases are filtered but nearly half of all of the restricted keywords in China and Hong Kong were political to some degree. The analysis focused primarily on engraving requests made for iPad and Apple AirTags, but noted that the only differences in restrictions between the products related to keyword length and lowercase words.

Some of the keywords censored in China include 政治 (politics), 抵制 (resist), 民主潮 (wave of democracy), and 人权 (human rights). AirTag engravings are limited to four characters and the four number engraving 8964 are censored as they refer to the Tiananmen Square Massacre which occurred on June 4, 1989. 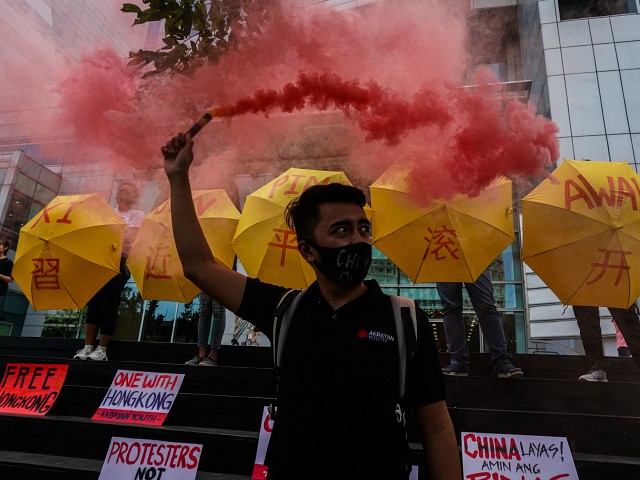 Activists holding umbrellas in support of pro-democracy protesters in Hong Kong stand in front of the Chinese consulate in the financial district of Manila on November 27, 2019. – The group expressed their solidarity with the pro-democracy protesters of Hong Kong, condemning the increased violence by police against students and protesters. (Photo by DANTE DIOSINA JR / AFP) (Photo by DANTE DIOSINA JR/AFP via Getty Images)

CitizenLab makes a point to note that Apple has no reason to perform political censorship in Taiwan but appears to do so anyway, likely to appease China which accounts for almost a fifth of the company’s total revenues. Breitbart News has reported extensively on Apple’s ongoing efforts to appease China. 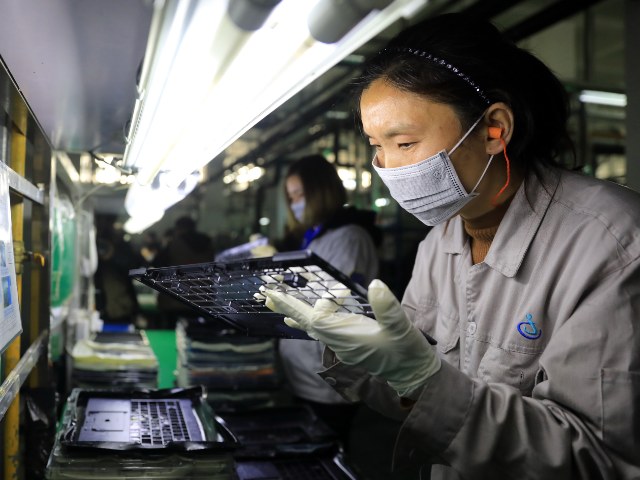 Six of the seven suppliers were said to participate in work programs operated by the Chinese government. The Information states that according to human rights groups, workers can be jailed for refusing to join the work programs and those enrolled in the programs are often moved far away from their homes.

One supplies operated in Xinjiang, the region of China predominantly populated by Uyghur Muslims and where the worst human rights violations have reportedly taken place. The companies supplied Apple with various components including antennas, cables, and coatings, among other products.