Bypass censorship by sharing this link:

(Natural News)
A Georgia mother of two is being regarded as a Covid-19 immunization casualty after she appears to have died soon after receiving the vaccine.

An obituary featured online by an Alabama-based funeral home for Atlanta resident Brittany Hall Perez, 39, states she died on January 13, corroborated by a GoFundMe fundraiser with the same information. 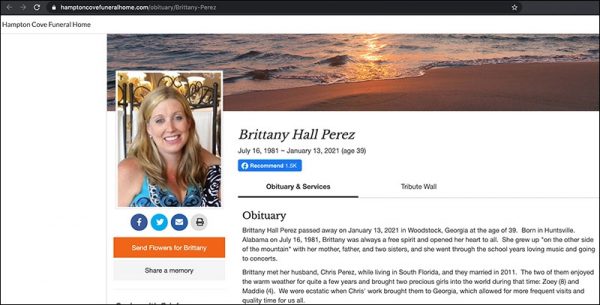 According to Perez’s Facebook page, she last updated her status one day prior on January 12, swapping her profile pic for one of her wearing a mask while displaying a “Covid-19 Vaccination Record Card.” 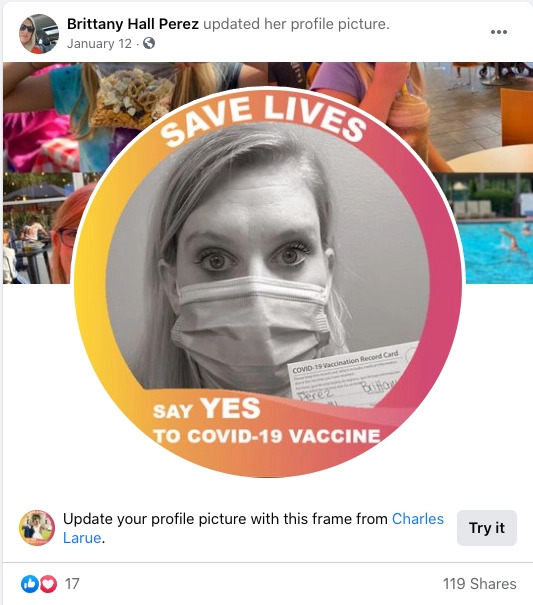 A template surrounding the photo states, “Save lives. Say yes to Covid-19 vaccine.”

It’s unclear what company manufactured the vaccine administered to Perez, or whether a negative reaction to the vaccine was the cause of death.

Infowars has reported on people experiencing serious negative adverse effects, from seizures to death, resulting from Pfizer’s Covid-19 vaccine. The company revealed 6 people died during trials in a report by the FDA.

Hall’s death and a potential connection to the Covid-19 vaccine has not been previously reported by any mainstream media outlets.

One wonders how many other deaths are being ignored since the MSM is deliberately attempting to keep the public uninformed.

Take Action: Support Natural News by linking to this article from your website

Permalink to this article:

One Killed, 2 Wounded, in Shooting Allegedly Tied to Mask Policy in Georgia Store