The Election Day incident in Atlanta’s State Farm Arena that was first reported as a burst pipe was an overflowing urinal, a state investigator said Sunday.

Officials in Fulton County said late Nov. 3 that a pipe burst in the arena around 6:07 a.m., causing a delay of several hours in counting absentee ballots. They also referred to the incident as “a water leak.”

Georgia Secretary of State Brad Raffensperger’s office opened an investigation into the incident.

Frances Watson, the chief investigator for the office, said in a court filing Sunday that the investigation revealed the water leak “was actually a urinal that had overflowed.”

The overflowing “did not affect the counting of votes by Fulton County later that evening,” she wrote.

Jessica Corbitt, a county spokeswoman, said in an emailed statement to The Epoch Times in November that staff members at State Farm Arena notified Fulton County Registration & Elections “of a water leak affecting the room where absentee ballots were being tabulated.”

Asked about the results of the investigation, Corbitt told The Epoch Times via email: “It was the water from the urinal that caused the issue. So our statement stands.”

Dwight Brower, Fulton County’s election chief, told the county’s Board of Commissioners on election night that “there was a pipe that burst in the room where we actually had ballots.”

“Thank goodness that none of those ballots were damaged,” he added. 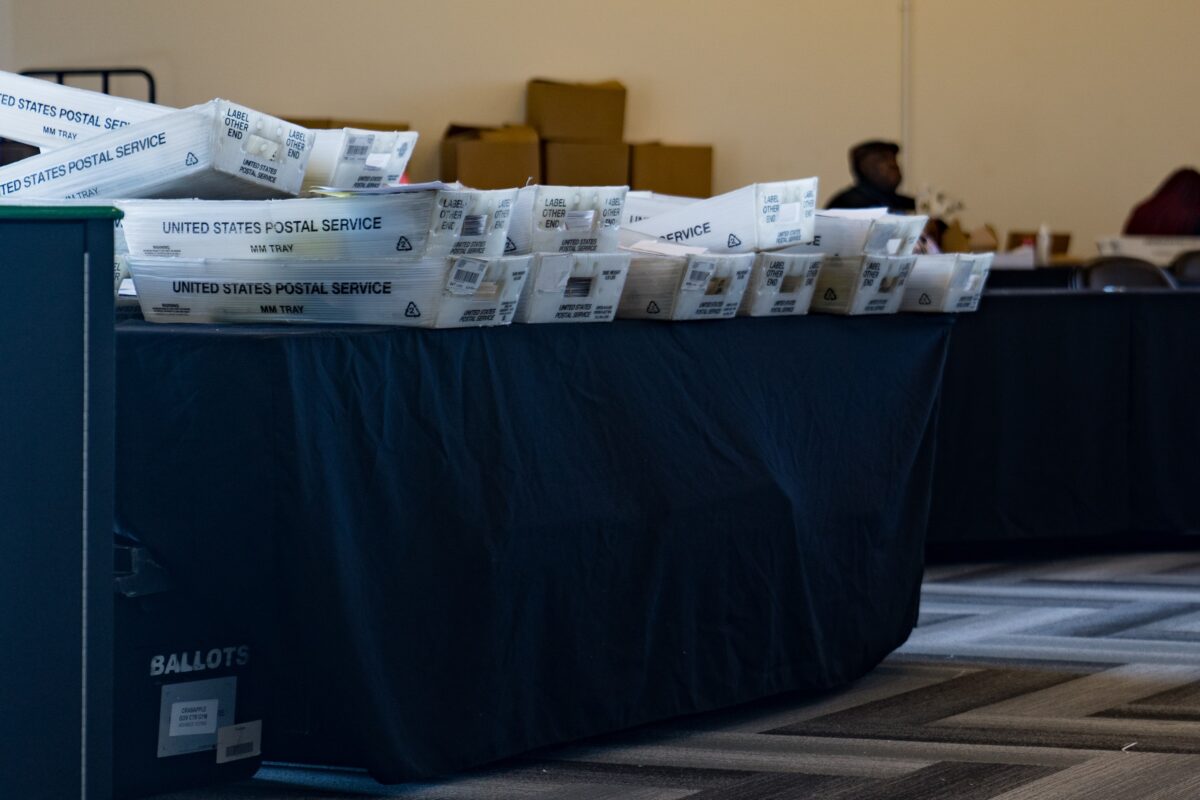 Filing boxes sit off to the side at an absentee ballot processing room at State Farm Arena in Atlanta, Ga., on Nov. 2, 2020. (Megan Varner/Getty Images)

Ralph Jones, another county official, told the board, “we had a pipe that was busted.”

Robb Pitts, the Chairman of Fulton County Board of Commissioners, was asked about the incident by lawmakers during a Georgia Senate Government Oversight Committee on Dec. 3.

“That thing has taken the life of his own. There was a water, actually, there was a leak. The floor above where we were counting ballots at State Farm Arena, according to Steve Koonin, CEO of Atlanta Hawks,” he said.

“And it was repaired within two hours. No ballots were damaged. No equipment was damaged. End of story. So how this has gotten to be what it is, I have no idea.”

An inquiry sent to the Hawks about how Koonin learned of the leak, who was responsible for getting it fixed, and whether he was questioned as part of the investigation wasn’t immediately returned.

Pitts said he wasn’t there at the time so he couldn’t answer when asked if the room had been secured when people were asked to leave.

Jessica Corbitt-Dominguez, the Fulton County’s director of external affairs, also said she wasn’t in the arena at the time, but had spoken to staff members who were.

“My understanding is that the workers who were responsible for those ballots never left the room. They were in the room the entire time. They had to stop working for a period of about two hours and that was the reason it was brought up in the first place, is there was a slight delay of a couple of hours where they couldn’t access the entire room, but they did not leave. And the ballots remained in the custody of the sworn workers,” she said.

7 Dec 2020
Wins
Protesters Gather Outside Home of Michigan Elections Chief, Chanting ‘Stop the Steal’
Situation Update – China owns DOMINION, and controls all the officials who run the machines at every level of government