Ronna McDaniel, chairwoman of the Republican National Committee (RNC), said Sunday that Republicans “overwhelmingly” agree with the actions former President Donald Trump took while in office and that she believes he will play a major role in the party going forward.

McDaniel made the remarks in an interview with CBS’ “Face the Nation,” in which she was asked about the impact Trump has had on the Republican party and its future.

“The voters are saying overwhelmingly they agree with what President Trump did in office,” McDaniel told the outlet, adding that while she does not know if Trump intends to run for office in 2024, he is “committed to helping us win back majorities in 2022.” 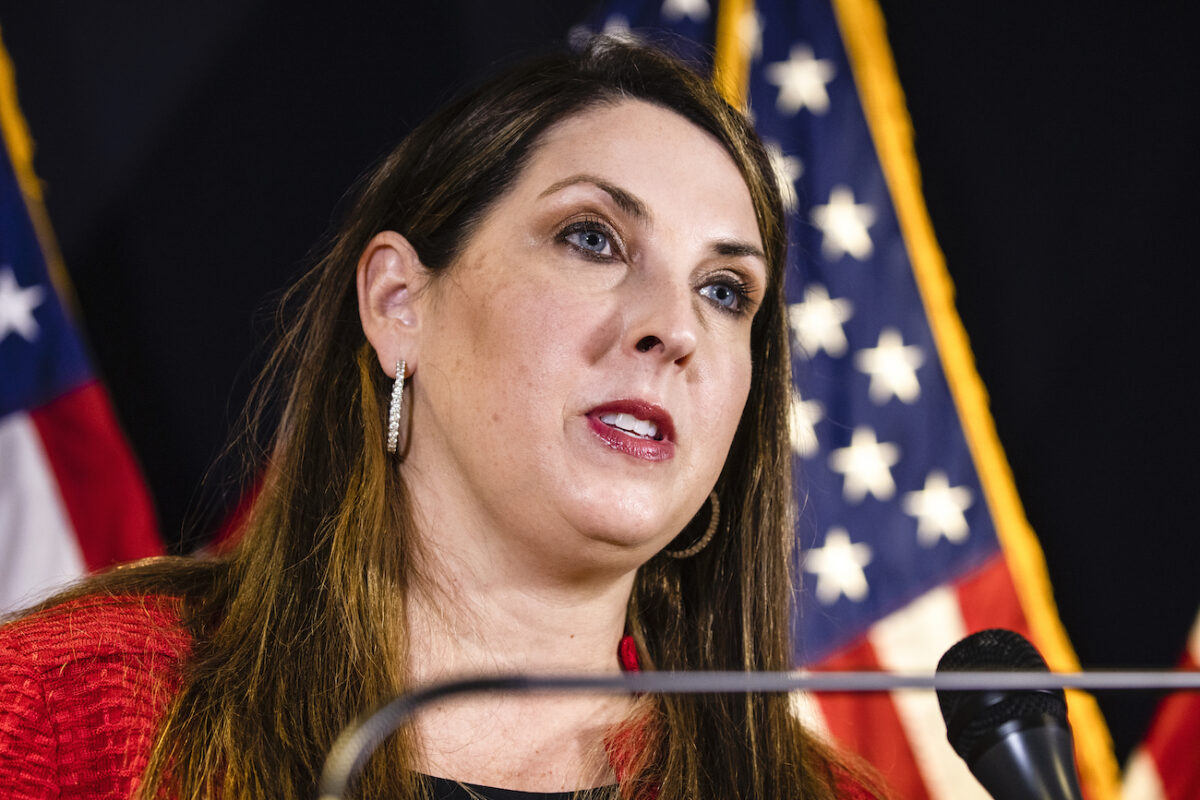 She said President Joe Biden’s administration is chipping away at Trump’s legacy with actions like canceling the Keystone XL pipeline, a project that Trump reinstated after it stalled when former President Barack Obama was in office.

“As you see Joe Biden say, I’m going to prioritize opening our borders over opening our schools, opening our economies, when you see the vaccine rollout that started under Operation Warp Speed in less than a year—these are the types of things that voters are saying they saw happen in the Trump administration and now they’re seeing the Biden administration strip those things away,” McDaniel said.

But while Trump’s presidency is over, his brand of “America First” politics is here to stay, according to Richard Grenell, former Acting Director of U.S. National Intelligence.

Speaking at the Conservative Political Action Conference (CPAC) in Orlando, Florida, on Feb. 27, Grenell credited Trump for “successfully realigning U.S. foreign policy with the interests of the American people” and argued that this realignment was so well-received by the public that it is bound to live on through the actions of the current administration.

“The doctrine of America First is here to stay,” Grenell said. “Even in the first month of a new administration, America First electoral popularity and strategic accomplishments ensure that it no longer belongs to a single party or politician,” he added, presumably referring to some of the America First-flavored actions taken by the Biden administration. 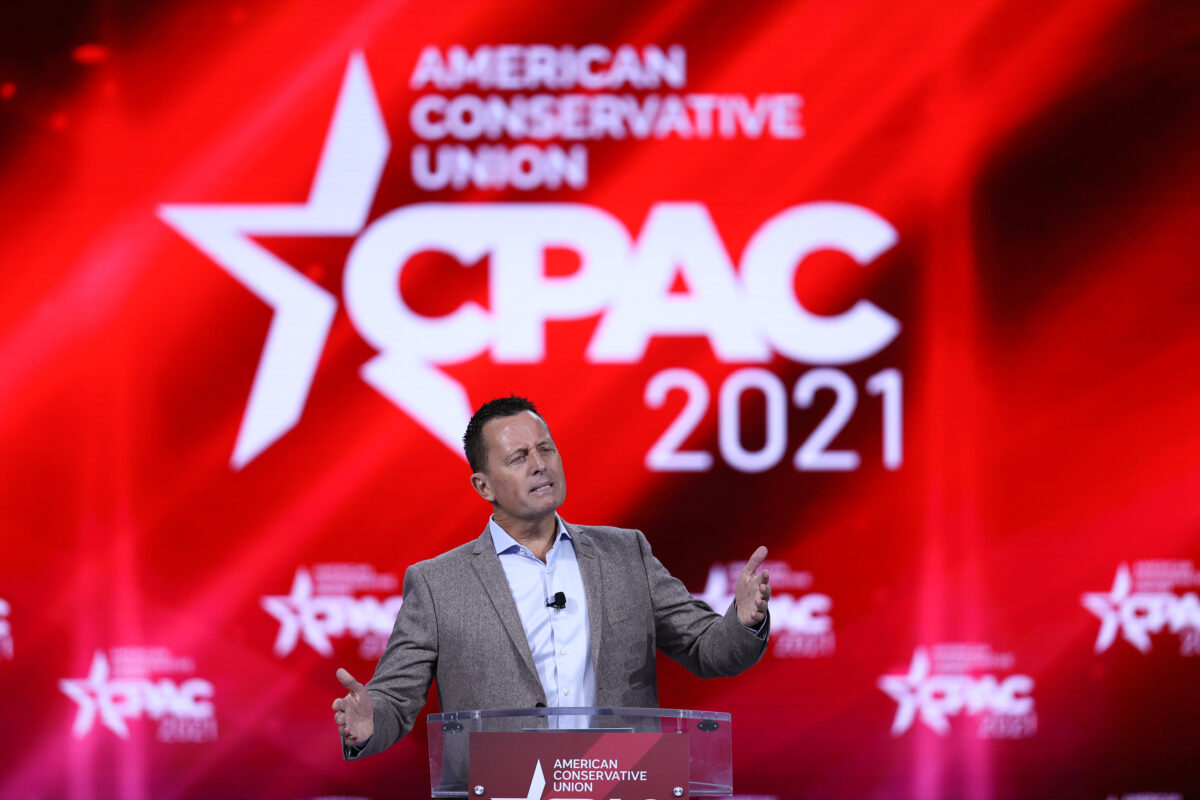 Just days after taking office, President Joe Biden signed a “Made in America” executive order seeking to increase purchases of products made in the United States, chiefly by tightening rules around federal procurement and giving the government a bigger role in supporting U.S. businesses. The action makes it harder for federal agencies to buy imported products by raising local-content requirements, cracking down on waivers that allow exemptions to current Buy American Act rules, and tightening implementation of the new efforts.

Besides the likely continuation of at least some aspects of the Trump doctrine, the former president’s grip on the Republican party remains intact, according to Jason Miller, a senior Trump adviser said in a recent interview.

to former President Donald Trump, said Sunday that Trump is fully committed to the Republican Party and will work to have it retake the House and Senate in 2022, adding that Trump embodies both the present and future of the GOP.

Miller was asked in an interview on Australia’s Sky News last week about the future of the Republican party and about rumors that Trump may be seeking to establish his own party.

“The Republican Party is now torn in terms of whether to have Donald Trump in its future. Is Donald Trump committed to the Republican Party?” asked host Sharri Markson, in the context of a rift in the GOP between those who want Trump to play a major role in the party’s future and those that want to purge him from its identity.

Miller confirmed that Trump is “absolutely” committed to the GOP and that he has his sights set on helping it win back majorities in both the House and Senate. He added that not only does Trump see his political future as part of the GOP, but Trump “is the Republican Party.”

“What a lot of folks are starting to realize here in the States is that President Trump really is the Republican Party,” Miller said, adding, “He not only is the current aspect of the party, he’s the future of the party.” 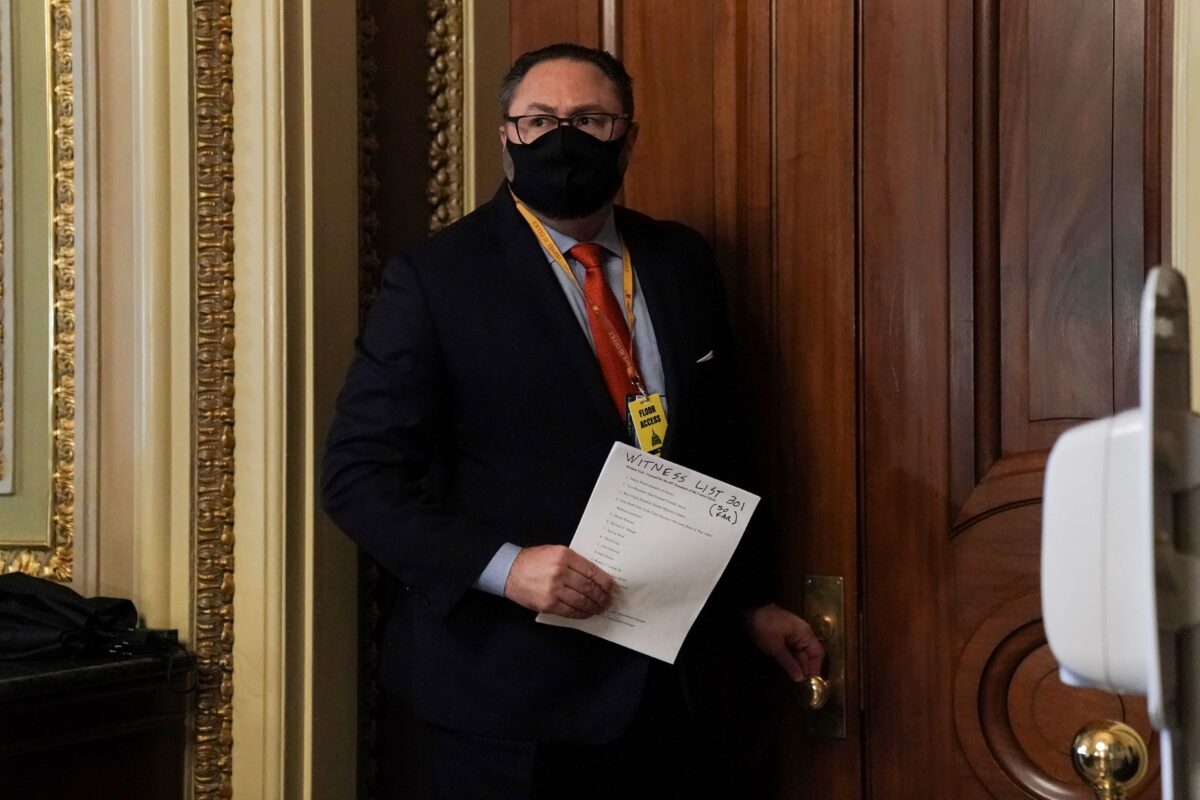 Miller’s remarks came as some prominent Republicans called on the GOP to firewall Trump.

Arkansas Gov. Asa Hutchinson told CNN’s “State of the Union” last Sunday that it would hurt the GOP if its members “let him define us.”

Maryland Gov. Larry Hogan, in a Feb. 19 interview with Katie Couric, former host at CNN, CBS, and NBC, said that the Republican Party is at “the beginning of what is going to be a long and, you know, difficult battle for the soul of the Republican Party” and argued that a GOP that embodied Trumpism would lack the broad appeal needed to win general elections.

Recent polls show that Trump’s grip on the GOP remains strong. A Quinnipiac University poll showed that three-quarters of Republicans want Trump to play a prominent role in the GOP. Meanwhile, a Suffolk University-USA Today poll found that nearly half of Republicans said they would abandon the party and join a new party if Trump was its leader.

28 Feb at 4:01 pm
“This Election Was Rigged and the Supreme Court and Other Courts Did Not Want to Do Anything About It” – Trump Blasts Fraudulent Election – Cowardly SCOTUS (VIDEO)
Whistleblower Ryan Hartwig Says Censorship at Facebook Has Become ‘Outrageous’