Republicans are slamming Democratic lawmakers for a partisan “power grab” bill that would normalize parts of the 2020 election fiasco that caused voters to lose trust in it.

While Democrats say there are amendments to the original drafting of the bill, giving Republicans the chance to provide input or object to certain provisions, one Republican representative pointed out that 49 of the 56 alterations came from the left side of the political aisle, “hand-selected by a small group in the rules committee.”

“Let’s be very clear. The arguments being distilled on the floor today is that Republicans, my colleagues and I, are bigots. Why? Because they use fancy words like ‘voter suppression’ to say that we are wanting to tamp down people’s access to polls. And nothing can be further from the truth,” Republican Rep. Chip Roy of Texas said on the House floor on Tuesday. “Heaven forbid we want to use voter identification. Heaven forbid we want to honor the will of the people, through their legislatures in the states, passing rules to make sure that our system is actually working, using voter identification that the American people use to fly, that the American people use to do everything else. If I demand that, I’m a bigot.”

“The argument being distilled on the floor today is that republicans, that my colleagues and I, that we are bigots …

The 800-page “For The People Act of 2021,” if passed, would grant Democrats the power to overhaul state election processes and impose new regulations on political advertisements and donors, giving Congress “ultimate supervisory power over federal elections.” While Democrats tout the bill as a way to strengthen voting rights, many critics, including former Federal Elections Commission officials and privacy activist groups, expressed their opposition to the legislation because of its susceptibility to “partisan control” and other provisions, such as the public exposure of citizens’ private donations to nonprofits and other organizations. Congressional Republicans are also concerned that HR 1 could permanently alter American elections for the worst.

“Besides giving the uni-party in the swamp power, funding politicians with taxpayer dollars, and preventing the use of voter identification laws, Democrats will permit ballot harvesting and mandate nationwide mail-in balloting,” Republican Rep. Andy Biggs of Arizona wrote in an article for Fox News. “Democrats are so enamored of power that they want to legalize cheating in elections.”

Senate Minority Leader Mitch McConnell also condemned the bill as a “power grab,” saying it is “exactly the wrong response” to the “distressing lack of faith in our elections.”

“They want to force all 50 states to allow the absurd practice of ballot harvesting, where paid operatives can show up at polling places carrying a thick stack of filled-out ballots with other people’s names on them,” he said. “They want to forbid states from implementing voter I.D. or doing simple things like checking their voter rolls against change-of-address submissions. They want to mandate no-excuse, mail-in balloting as a permanent norm, post-pandemic,” McConnell said. “This sweeping federal takeover would be exactly the wrong response to the distressing lack of faith in our elections that we’ve recently seen from both political sides.”

Others took to Twitter to express their concerns with the legislation, noting that it would expand opportunities for voter fraud and “mass manipulation of elections.”

HR 1 is the pretext to abolishing the Electoral College.

Requiring an ID to vote is common sense.

HR 1, the “For the Politicians Act,” strips away state voter ID laws across the country. That’s why I introduced an amendment to protect voter ID laws.

Dems shot it down. Shows how much common sense Dems have these days.

Calling HR. 1 the “For The People Act” is laughable.

HR. 1 would strip normal Americans of their most basic civic duty, and empower Democrat elites to conduct mass manipulation of elections.

Nancy Pelosi is forcing a vote on HR 1—which is designed to weaken election security against voter fraud.

It was bad when Democrats introduced it 2 years ago. It’s worse now.

I’m about to reveal the truth behind their election bill. Watch live here: https://t.co/5zXyrK785h 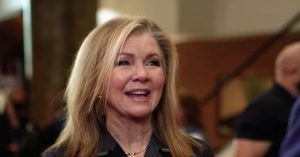 Exclusive— Marsha Blackburn Introduces ‘The Committee of 74’ Million Who Voted for Trump: 'Happy Warriors' in 'Fight for Freedom'