Republicans Voted Against U.N. Ambassador Because of Her Stance on CCP

Republicans on Tuesday cited Linda Thomas-Greenfield’s stance on the Chinese Communist Party (CCP) as the reason why they voted against her confirmation to the position of U.S. ambassador to the United Nations.

The Senate on Tuesday confirmed the President Joe Biden nominee to the position nearly a month after her confirmation hearing. The vote was 75-20, with all of the no votes coming from Republicans. Thomas-Greenfield, 68, is a 35-year veteran of the Foreign Service who has served on four continents, most notably in Africa.

Sen. Ted Cruz (R-Texas) in a statement cited his concerns over her alleged “rush to embrace” the CCP.

“In the first weeks of the new administration, I have been deeply troubled by President Biden’s nominees’ dangerous rush to embrace the worst elements of the Chinese Communist Party. Ms. Thomas-Greenfield’s record shows a pattern of apologizing for China, praising their Belt and Road Initiative, failing to call out their human rights atrocities and political oppression, and downplaying the risk China poses to the security and safety of the American people,” said Cruz, a member of the Senate Foreign Relations Committee. 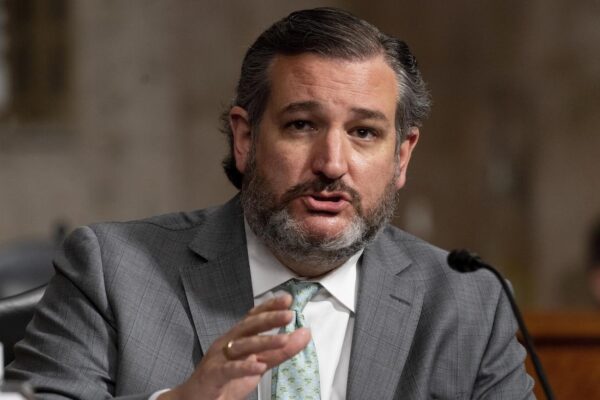 The CCP has been working to gain greater global influence, often by providing loans to developing nations in Africa and elsewhere that tie them closer to Beijing.

“The United States desperately needs a U.N. ambassador who will stand up to China and their pervasive influence at the United Nations,” Cruz said in his statement. “Due to her extensive record, I do not believe Ms. Thomas-Greenfield is capable of doing so and therefore oppose her nomination. I remain dedicated to engaging vigorously with the Biden administration and State Department to combat China’s malign influence throughout the world.”

A number of other senators also issued public statements on Tuesday, citing Thomas-Greenfield’s stance on the communist regime as the key reason why they opposed her confirmation to the role of U.S. ambassador to the U.N.

Sen. Bill Hagerty (R-Tenn.), a member of the Foreign Relations Committee like Cruz, said in a statement prior to the confirmation vote that he opposed Thomas-Greenfield for the United Nations post because she “has a record of repeatedly downplaying communist China’s predatory actions.” To back up his assertion, Hagerty cited the 2019 “paid speech” by Thomas-Greenfield at the Confucius Institute sponsored event, as well as her having “waffled on acknowledging the genocide against Uyghurs taking place in China during her confirmation hearing.” 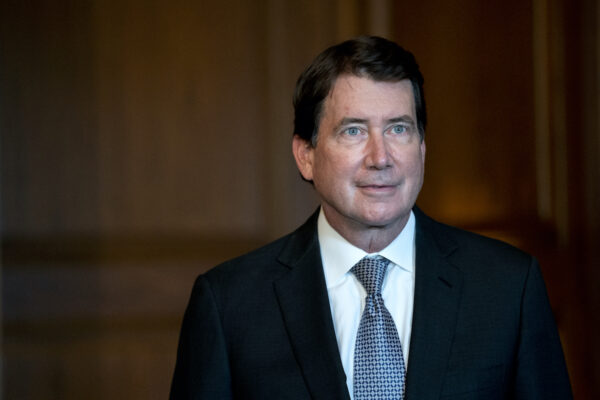 “Contrary to [her] previous claims, China does not have ‘a firm commitment to good governance, gender equity, and the rule of law.’ For these reasons, I could not support her confirmation,” he said.

“The United States needs a representative at the United Nations who fully comprehends the diplomatic, economic, technological, military, and moral dimensions of the most serious global challenge we face—the communist regime in China as well as one who is clear-eyed about other threats to our Republic and allies,” he also wrote.

Sen. Marsha Blackburn (R-Tenn.) also cited the 2019 speech as part of the reason why she opposed Thomas-Greenfield for the position. “We need a U.N. ambassador who will stop Beijing in its tracks, not one who repeats the CCP’s foreign policy concepts,” Blackburn announced on Twitter. “In 2019, Linda Thomas-Greenfield referred to pervasive communist influence as a ‘win-win-win situation’ at a Confucius Institute anniversary event.” 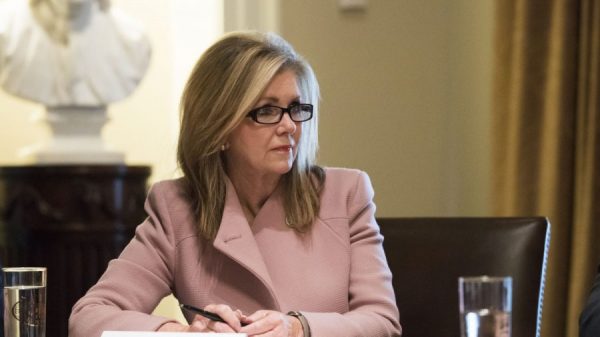 Sen. Tom Cotton (R-Ark.) said on Twitter Thomas-Greenfield’s nomination represents “another signal of weakness to Beijing.” He also wrote that in the last month, there has been a “gradual erosion of America’s resolve in confronting China.”

Sen. Rick Scott (R-Fla.) on Twitter alleged that Thomas-Greenfield “believes the U.S. should accept a restrained, ‘diminished,’ and ‘wilting’ position on the global stage.”

“We need diplomats who will be strong and stand up for American interests in the face of our adversaries like communist China,” he wrote. 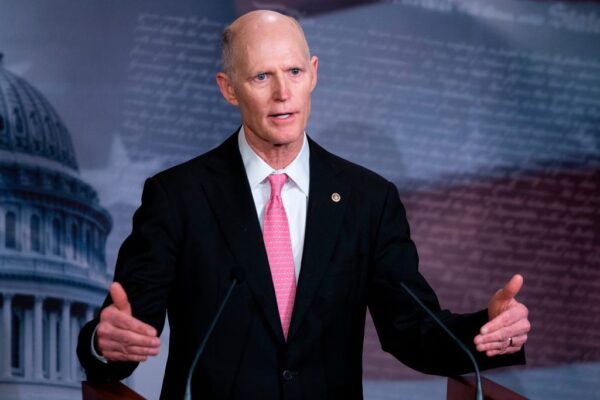 Sen. Rick Scott (R-Fla.) speaks during a press conference at the U.S. Capitol in Washington on March 25, 2020. (Alex Edelman/AFP via Getty Images)

The White House did not immediately respond to a request for comment from The Epoch Times.

At her confirmation hearing in late January, Greenfield expressed regret for having accepted the invitation to speak at the 2019 event when asked about the matter by multiple senators. She also said she was “surprised” that the institute was involved in activities in Georgia high schools and elementary schools.

“They’re undermining our security and our people. We need to work against that,” she said at the time, adding that she looks forward to addressing such issues and “will be working aggressively against the Chinese efforts in New York,” where the United Nations is headquartered.

Frank Fang, Zachary Stieber, and Reuters contributed to this report.

24 Feb at 8:50 am
40% of California Prison Inmates Have Received Coronavirus Vaccine
California Democrats Plan to Use Political Tricknology to Save Governor Gavin Newsom From Recall