Rick Scott: Republican Party Is 'Voters' Party' — Trump Is 'Going to Be Helpful'

Senator Rick Scott (R-FL) said on this week’s broadcast of “Fox News Sunday” that the Republican Party was the “voters’ party.”

Scott rejected the notion and said predicted Trump would be “helpful.”

Scott said, “It’s the voters’ party. It always has been the voters’ party. Let’s go back to 2010 and my primary. Every Republican I think in the country endorsed my opponent and I won. I talked to President Trump about a week ago and I told him this is my job, my job is to help Republican senators win all across the country and he made a commitment to me to help me do that. I believe he’s going to be helpful.”

Scott said, “Absolutely. Joe Biden is the president, we went through the constitutional process.” 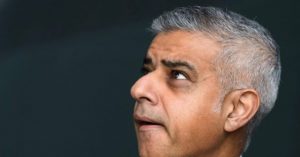