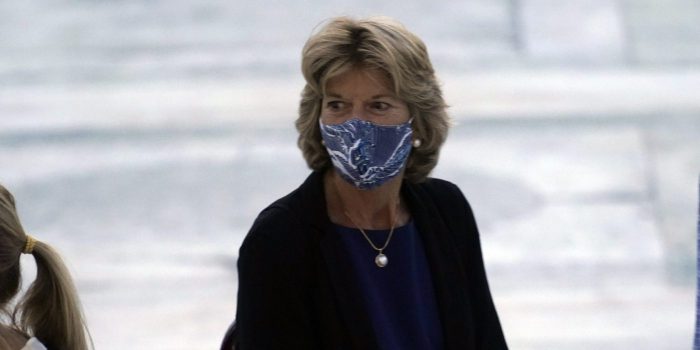 (Headline USA) Sen. Lisa Murkowski, who voted to convict Donald Trump in his second impeachment trial and has repeatedly bumped heads with the former president, announced Friday that she will run for reelection.

Trump, who has focused his political efforts on ousting left-leaning alleged Republicans, endorsed a leading opponent of Murkowski in June. Kelly Tshibaka was commissioner of Alaska’s Department of Administration before resigning to run for the Senate. In July, the Alaska Republican State Central Committee endorsed Tshibaka after Murkowski’s impeachment vote.

“My heart is, and always has been, in Alaska, and that’s why I am proud to announce my campaign for reelection to the US Senate in 2022,” Murkowski said in a statement. She emphasized that she has always made Alaska, its industries and its people her top priority.

The Murkowski reelection bid will be closely watched nationally as Trump seeks to bring down a senator whose name has a rich political history in the state, but who has repeatedly sided against conservative values and policies. Her father, Frank Murkowski, was a former governor and a longtime U.S. senator.

She has bucked the Republican Party before. Murkowski lost her 2010 GOP primary, but went on to win the general election with a write-in campaign against a conservative Republican candidate.

Murkowski was one of seven Republican senators who voted to convict Trump, who was acquitted of the sole charge of incitement of insurrection related to the Jan. 6 protest at the U.S. Capitol. She is the only one of the seven to face reelection this year.

Murkowski was censured by the Alaska Republican Party in March for her vote to convict Trump during his second impeachment trial. But the National Republican Senatorial Committee endorsed Murkowski, placing its bet on a resilient incumbent rather than standing for conservative principles.

Tshibaka has tried to take advantage of Trump’s popularity in the state, getting backing from his allies and voicing Trump positions, including promotion of his theories of voter fraud in the 2020 election. 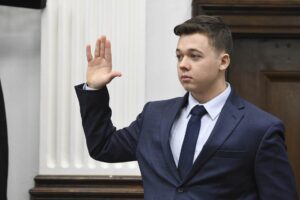 Kyle Rittenhouse’s Mom Slams Joe Biden for Defaming Her Son: ‘He Did It for Votes'