A scion of the Rothschilds, Lynn Forester de Rothschild, is feverishly opposed to the patriotic Election Integrity movement in the United States of America. Stopping election integrity legislation seems to be the latest Rothschild obsession. The Rothschilds reportedly set up Napoleon Bonaparte for disaster at the Battle of Waterloo, tried unsuccessfully to influence American currency during the presidency of Abraham Lincoln (but had more success after Lincoln’s assassination), and invented the Zionist nation-state of Israel through the Balfour Declaration. Now, at least one major Rothschild wants to prevent Americans from having secure elections with voter ID.

As NATIONAL FILE REPORTED: “Over 100 corporate leaders met virtually on Saturday, to discuss how best to attack crucial election integrity legislation being passed at state level. The corporate leaders met on a Zoom call on Saturday, and discussed election integrity legislation that has been passed in some states like Georgia, with more legislation going through the legislatures of various other states, a move that CBS News described as “a signal that the nation’s premier businesses are preparing a far more robust, organised response to the ongoing debate.”

As National File reported, various corporations have so-far attacked election integrity legislation, with Delta Airlines and Coca-Cola most notably going after the legislation that was passed in Georgia. Delta’s CEO Ed Bastian claimed the bill was “unacceptable,” that it was “based on a lie,” and includes “provisions that will make it harder for many underrepresented voters, particularly Black voters, to exercise their constitutional right to elect their representatives.”…Jeffrey Sonnenfeld, a Yale University management professor who helped organize the meeting along Lynn Forester de Rothschild, described the gathering as “an enthusiastic voluntary statement of defiance against threats of reprisals for exercising their patriotic voices.” Sonnenfeld claimed that the corporate leaders recognised that “they need to step up to the plate and are not fearful of these reprisals”…The meeting of 90 CEOs and another 30 invited corporate leaders and experts included a number of extremely prominent attendees, such as: news tycoon and son of Richard Murdoch, James Murdoch; Doug McMillion, the CEO of Walmart; Doug Parker, CEO of American Airlines; Reid Hoffman, CEO of LinkedIn; Bob Bakish, president and CEO of ViacomCBS; Arthur Blank, owner of the NFL’s Atlanta Falcons. Joe Biden also supported a move from the MLB to relocate its All-Star game out of Atlanta as a response to the legislation. The meeting suggests that these current efforts will massively expand.”

WOW! Here are some photos from a Rotshchild party called The “Surrealist Ball,” which Marie-Hélène de Rothschild convened on December 12th, 1972 at Château de Ferrières in France, which Baron James de Rothschild built in the 1850s according to Collective-Evolution.com, which has 17 photos from the party and lists artist Salvador Dali and actress Audrey Hepburn as attendees. 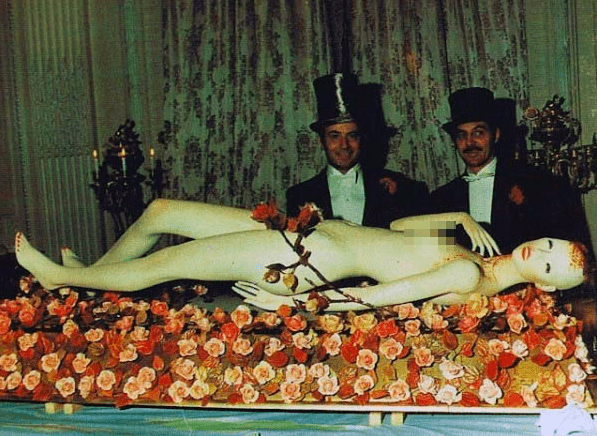 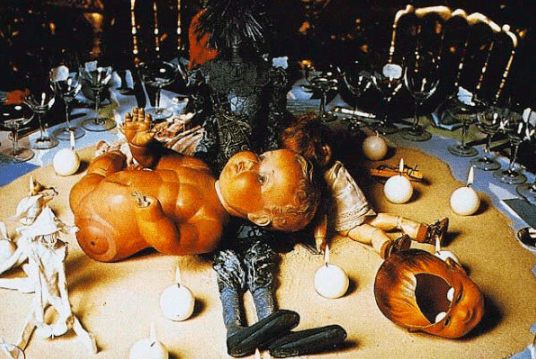 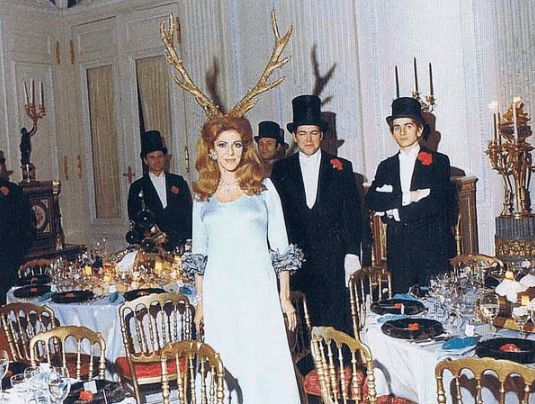