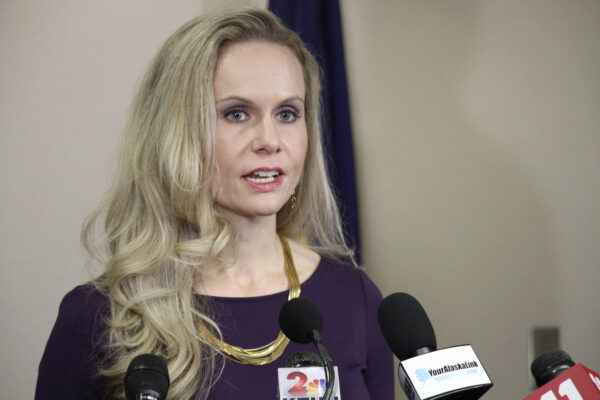 Sen. Rick Scott (R-Fla.), the chairman of the Senate GOP campaign arm, said on Sunday that he will support Sen. Lisa Murkowski (R-Alaska) in her reelection efforts, despite former President Donald Trump endorsing her challenger Kelly Tshibaka in the 2022 Alaska Senate race.

Speaking on NBC’s Meet the Press with host Chuck Todd, Scott said the committee is backing all incumbent senators.

“You had said you’re going to support all incumbents. And I’m just curious, does that include Lisa Murkowski, where the former president has endorsed a primary challenger?” Todd asked, before questioning whether this support would come in the form of financing to Murkowski as well as help in running her campaign against Tshibaka.

Trump announced in June, in a statement published to Save America PAC, that he was supporting Tshibaka, while branding Murkowski “bad for Alaska.”

“Her vote to confirm Biden’s Interior Secretary was a vote to kill long sought for, and approved, ANWR, and Alaska jobs,” Trump wrote. “Murkowski has got to go! Kelly Tshibaka is the candidate who can beat Murkowski—and she will. Kelly is a fighter who stands for Alaska values and America First.  She is MAGA all the way, pro-energy, strong on the Border, tough on Crime and totally supports our Military and our great Vets.”

“Kelly is a powerful supporter of the Second Amendment and JOBS! I look forward to campaigning in Alaska for Kelly Tshibaka. She has my Complete and Total Endorsement!” he added.

In a statement to The Hill, Tshibaka, the former commissioner of the Alaska Department of Administration, said she was “honored, excited, and grateful” to have Trump’s support.

“To have his strong endorsement is great news for our campaign and even better news for the people of Alaska, because it means we will be getting our Senate seat back from Lisa Murkowski,” she said.

Murkowski was one of seven GOP senators to vote to convict the former president earlier this year on a single count of inciting insurrection in connection with the Jan. 6 incident at the U.S. Capitol, when protesters and rioters breached the building, interrupting a joint session of Congress.

This is despite Trump urging his supporters to act “peacefully” ahead of the protests and condemning the violence in a video posted by the White House’s official Twitter account, noting that those involved in the riot “will be brought to justice.”

Murkowski was also the first Republican senator to call for Trump’s resignation following the events of Jan. 6, telling the Anchorage Daily News, “I want him to resign. I want him out. He has caused enough damage.”

So far, Murkowski has outperformed Tshibaka with campaign fundraising,  raising $1.1 million between July and September compared to $446,000 raised by Tshibaka, Business Insider reported.

While Trump has been outspoken in condemning Murkowski, the Republican Senator, who has served in the upper chamber since 2002, has remained unfazed.

“I know that former President Trump is skeptical about me and the job that I do for Alaska, but I really think that that’s for Alaskans to judge,” Murkowski said during an interview with Alaska Landmine Radio in July.

Alaskans will vote to elect one member to the U.S. Senate in the general election on Nov 8, 2022.

Katabella Roberts is a reporter currently based in Turkey. She covers news and business for The Epoch Times, focusing primarily on the United States. 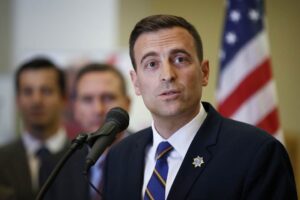