Swiss To Vote In Referendum On Government's Emergency COVID-19 Measures

After mounting a national campaign, and the work of determined local organisations, Swiss campaigners have managed to trigger a referendum for ending the government’s destructive COVID regulations. If successful, this will also be a blow for the extremists at the World Economic Forum in Davos, Switzerland, who have been pushing the idea of a global economic shutdown since the beginning of the alleged ‘global pandemic.’

Among other things, the peoples’ revolt is pushing back against the government’s coercive attempt to enforce a “compulsory system with poorly tested vaccines.”

In the meantime, the government has announced that it will start to ease some national mitigation measures from March 1st.

Swiss campaigners have triggered a referendum on ending the government’s COVID-19 restrictions. 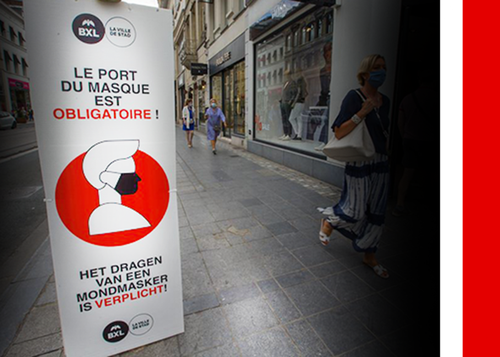 The association Freunden der Verfassung (Friends of the Constitution) has filed a petition to the Federal Chancellery with 90,000 signatures.

Swiss law means any petition that is backed by more than 50,000 people will go to a national referendum.

The association has argued the government’s legislation, passed by parliament in September 2020, is “dangerous, unethical, and unnecessary”.

But Friends of the Constitution say the move is “disproportionate” and “demonstrably ineffective”. The association’s spokesperson, Christoph Pfluger, is a known critic of the country’s COVID-19 measures.

Opponents also say the bill focuses too much on financial measures that the government can already regulate by federal decrees, without the need for emergency powers.

Others believe the law gives the government too much power to enforce a “compulsory system with poorly tested vaccines”, something that the Federal Council has repeatedly denied.

“People and companies who have been pushed to the brink by the irresponsible dictates of the Federal Council must be helped,” the group said in a statement.

Any referendum vote on the government’s measures will take place after June 2021, when the law will have been in force for nine months.

25 Feb at 3:41 am
Not Making Headlines: California Man Films Himself on Facebook Live with Two Dead Women on the Floor He Killed, Including Minor
Top Republican Compares House Democrats’ Letters to Deplatform Fox News With CCP Censorship