Art denouncing Twitter CEO Jack Dorsey as the leader of the “TaliBAN” appeared across San Francisco on the eve of September 11th, depicting Dorsey as a bearded mullah.

The art appeared in various locations around the city, including outside city hall, at bus stations, and outside Twitter’s headquarters on Market St. The art references Republican political candidate Laura Loomer and cartoonist and Islam critic Bosch Fawstin, both of whom are banned from the platform. 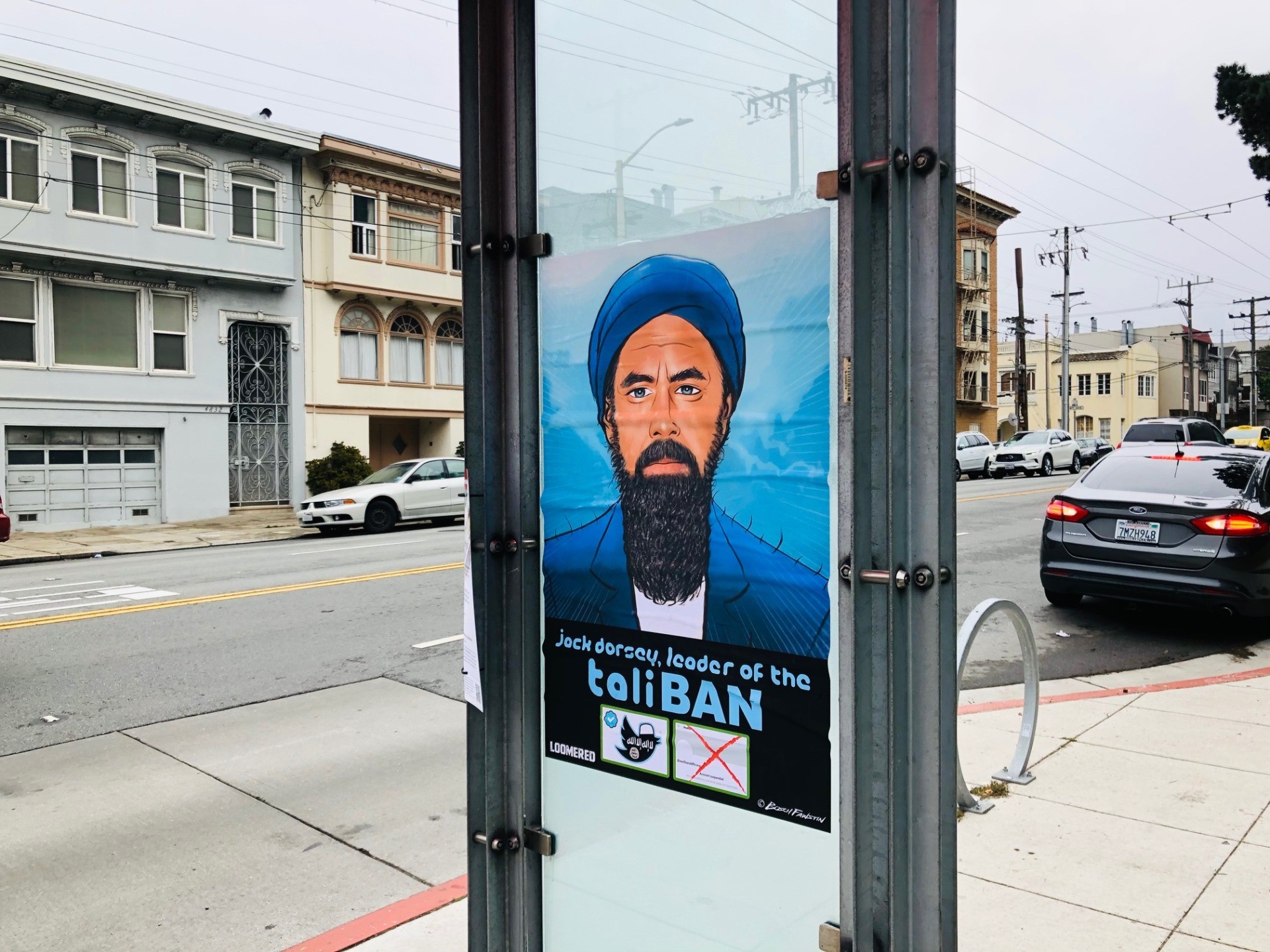 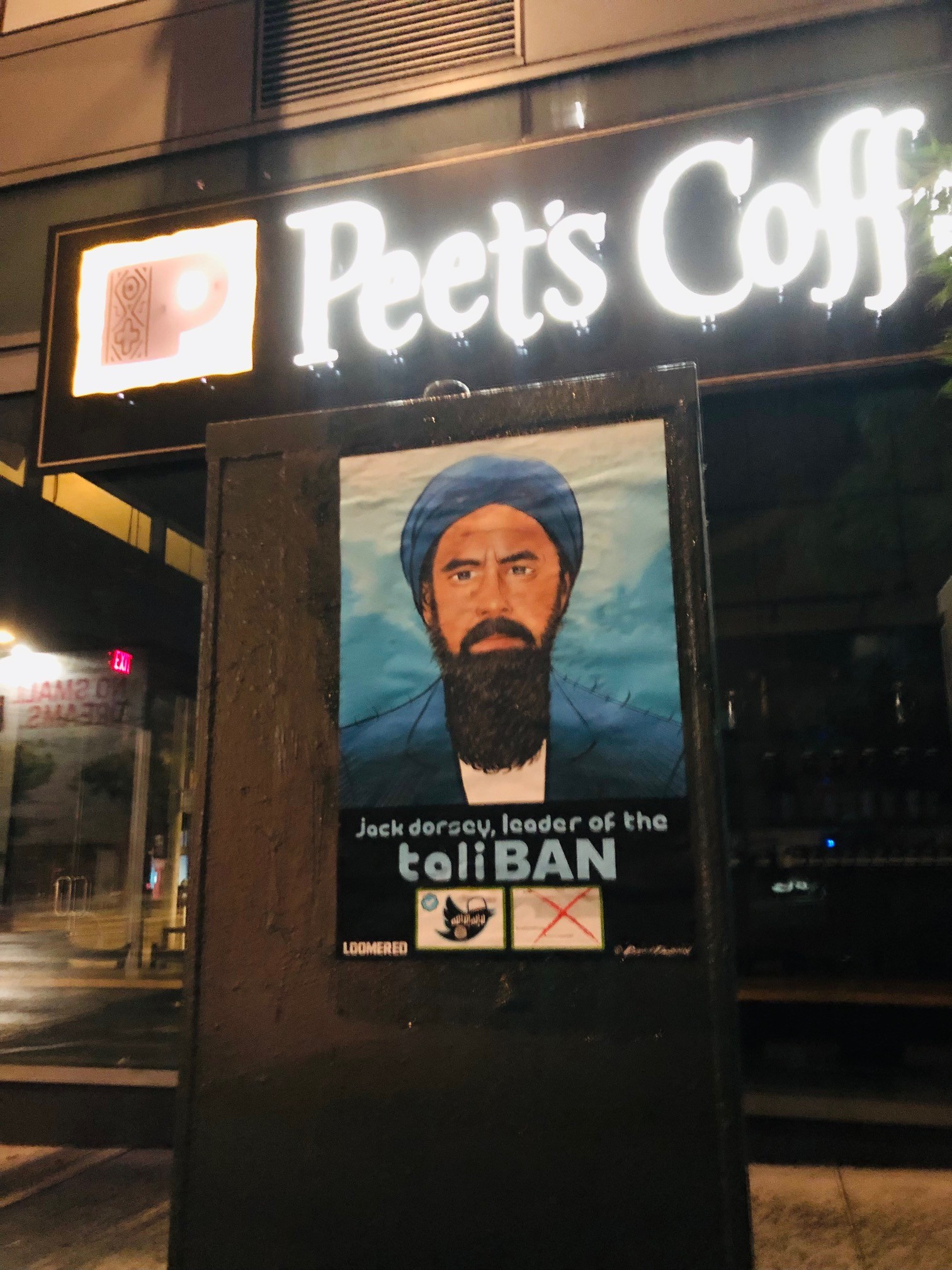 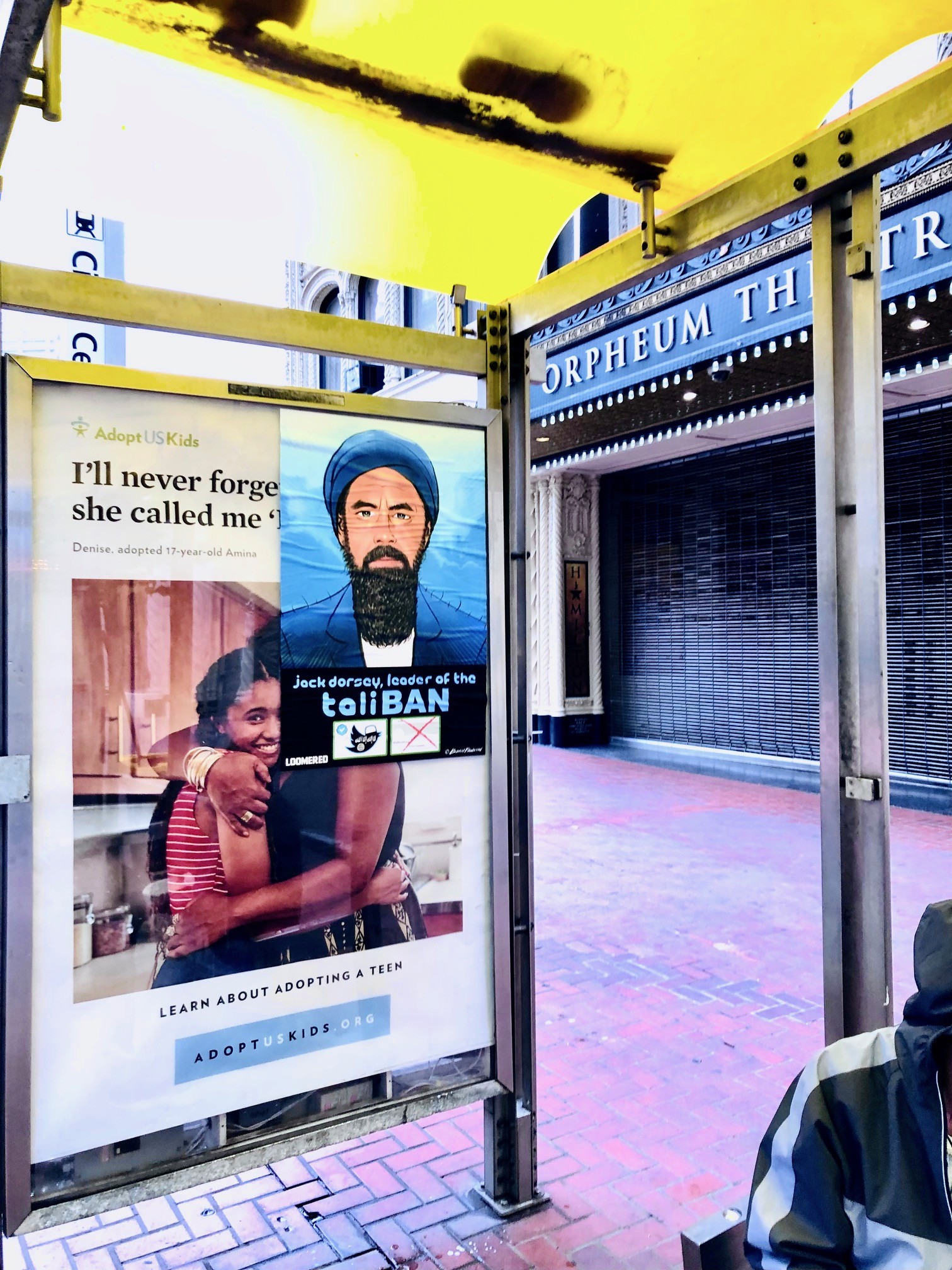 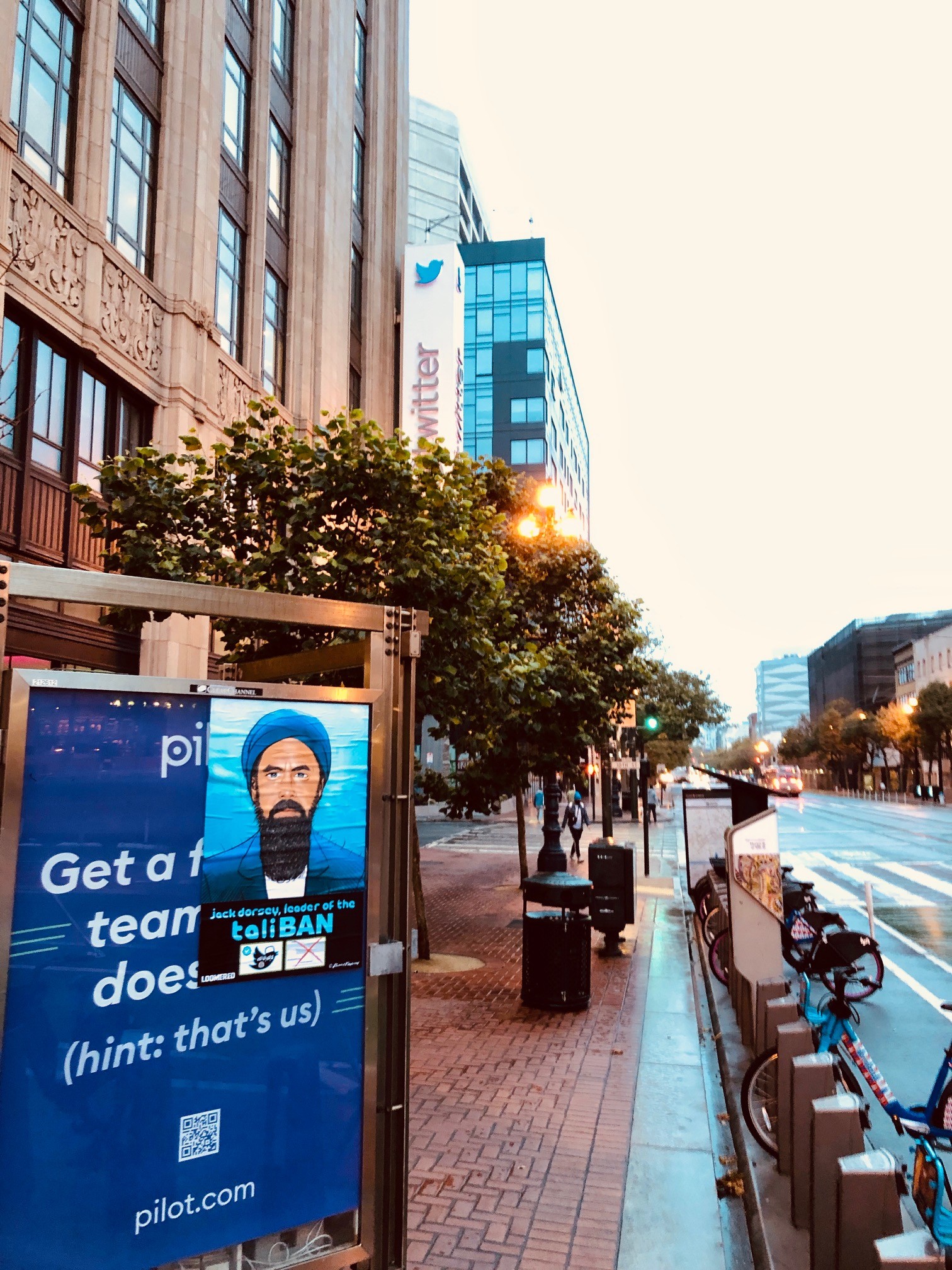 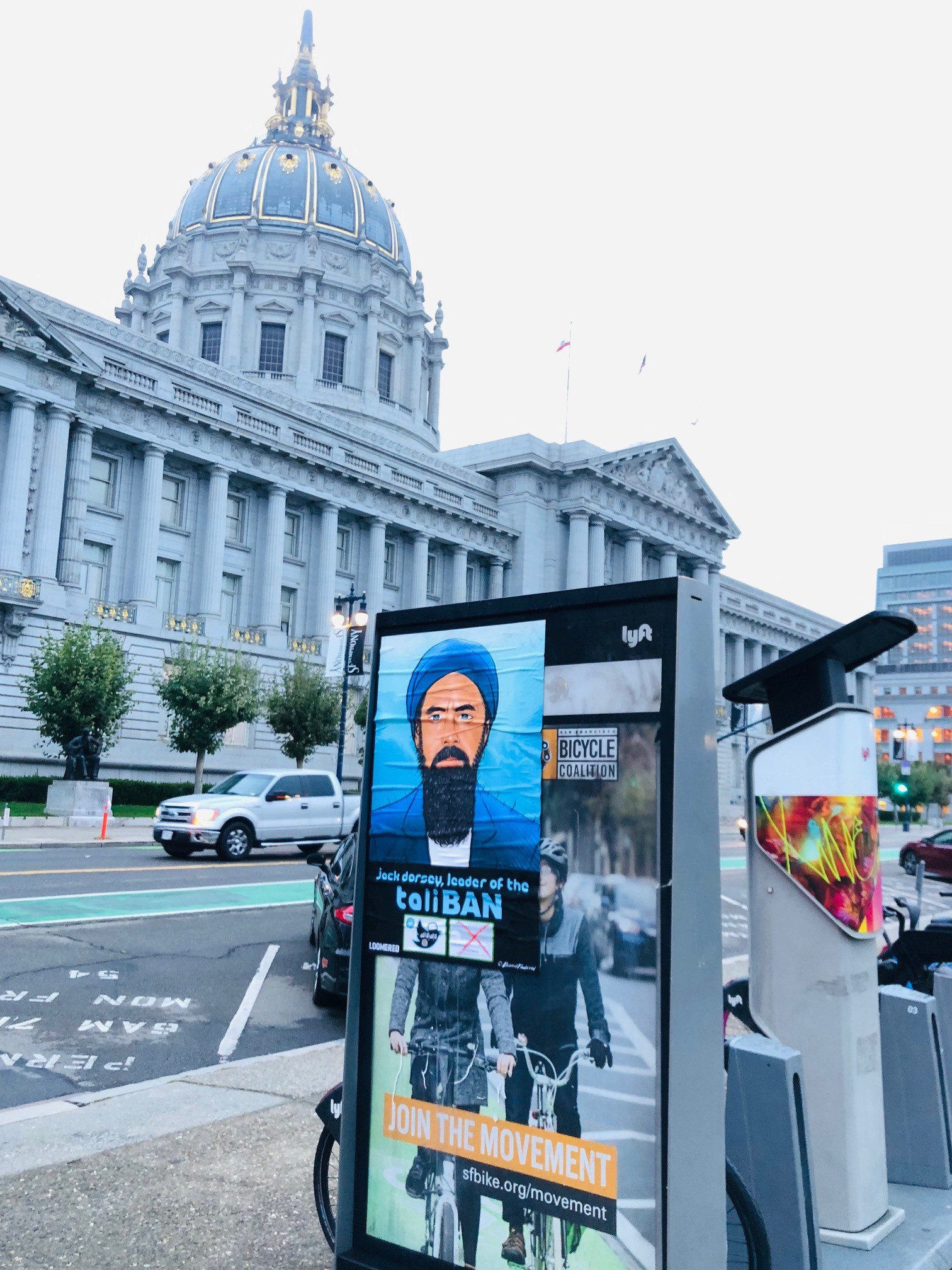 Someone has compared Twitter’s decision to ban and censor president Trump while allowing the Taliban to have free Twitter reign to the TaliBAN and called for protest #operationTaliBanned. pic.twitter.com/L8ORNGz1pT

Loomer, who is contesting the Republican primary for Florida’s 11th congressional district in 2022, said the artwork was designed to draw attention to the fact that members of the Taliban are able to use Twitter freely while conservatives in the U.S. are frequently banned.

“Twitter has shown they have no problem banning millions of Americans for their constitutionally protected speech, including myself and sitting President Donald Trump during our elections, while they happily provide a platform for recruitment and propaganda for actual terrorists,” said Loomer.

“OPERATION TaliBANNED was created to highlight this absurdity and how Big tech tyrants like Jack Dorsey continue to wage digital jihad on free speech in America with widespread bans rooted in the false Left-wing notion that conservatives and Trump supporters are the real terrorists.”

Fawstin, who is also banned from the platform, concurred.

“The issue with leftist-run tech companies like Twitter is not about whether they have the right to ban people from their platform, it’s about who they consistently target for banning and why, and who they don’t ban, no matter what,” said Fawstin.

“They banned a sitting president, Trump, over the lie that he was the leader of an “insurrection”, which the FBI now admits there was no proof of. Twitter bans Islam critics like me and Laura, acting in full accordance with shariah blasphemy laws, while allowing Islamic terrorists who murder Americans to spread their propaganda on their platform.” 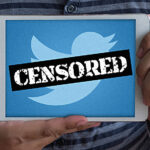 Of course: Twitter's new CEO is an anti-white left-wing racist who loves censorship, according to posts he has made to the platform