A former congressional campaign volunteer who was recorded on hidden camera saying she could deliver thousands of votes for tens of thousands of dollars, had a series of gift bags that were similar to the one she was recorded giving to an elderly woman, arrest warrants stated.

The warrants say that in exchange for $500, Raquel Rodriguez agreed to show a person that posed as a potential client how she could get votes for the candidates of her choice, reported San Antonio Express-News.

Rodriguez was arrested in January and faces four felony charges.

She was recorded in October last year by journalists working undercover for Project Veritas.

In the video, Rodriguez visits an elderly woman and appears to assist her in changing her mail ballot from Sen. John Cornyn (R-Texas) to Democrat challenger MJ Hegar.

Rodriguez then gave the 72-year old lady a gift bag that had a shawl. The warrant says the same type of gift bags were found at Rodriguez’s home office. 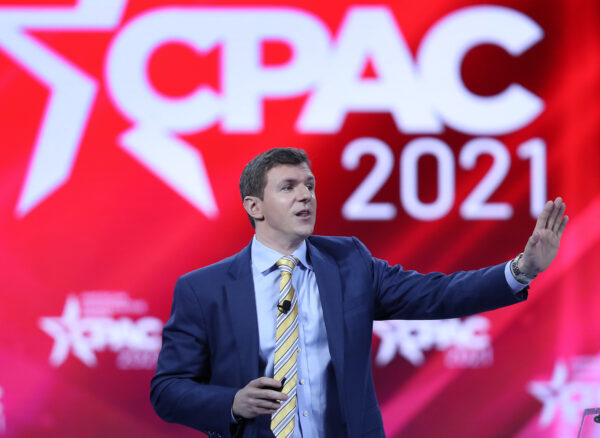 Rodriguez said in a live stream on the show “Carpenters Apprentice” in October last year that she was just playing along with the undercover reporter.

“I don’t care again what party you are on, I’m non-partisan,” Rodriguez said. “I feel horrible about that because reality is, I lied. I lied about a lot of stuff. Just to make sure I was enticing them enough to find out what the bottom of this was. They asked for a proposal, I gave them a proposal.”

“99 percent was bs to make a sale,” Rodriguez added. “I expect people to believe me now. I’m here telling you my story, I have nothing to hide at this point.”

“It was just conversation, like the bs-ing,” Rodriguez told News4SA. “They were pulling me and I was pulling their strings that’s how I saw it. Little did I know what they were doing but I knew something was wrong and I just went with it.”

In the Project Veritas video, she also indicated she has experience in manipulating votes and boasted about her influence with elected officials in Texas who owe her “favors.”

Rodriguez was charged with four felonies: election fraud, illegal voting, unlawfully possessing an official ballot, and unlawfully assisting people voting by mail—a practice known as ballot harvesting, the collection and submission mail-in ballots by a third-party rather than direct submission by the voters themselves.

She said in the video she was a “consultant” for GOP congressional candidate Mauro Garza, but was seen in one clip attempting to persuade a voter to cast a straight Democrat ballot.

“This is what you call flipping people!” she was recorded as saying, also noting that she “could go to jail” for what she did.

When Veritas founder James O’Keefe confronted the woman in public with some of the recordings, she said she didn’t want to talk and that she didn’t break any law.

When Facing Imminent Election Defeat, Dominion Machines Will Always Do the Trick