“This morning we are withdrawing our lawsuit in Michigan as a direct result of achieving the relief we sought: to stop the election in Wayne County from being prematurely certified before residents can be assured that every legal vote has been counted and every illegal vote has not been counted,” campaign lawyer and spokesman Giuliani said in a statement.

The statement came after two Wayne County canvassers signed affidavits saying they want to rescind their votes and alleged they were threatened on Tuesday to certify the Nov. 3 election in the county, which includes the Democratic stronghold of Detroit.

It’s unclear if Giuliani was referring to the developments in Wayne County.

“I rescind my prior vote to certify Wayne County elections,” canvasser Monica Palmer said in an affidavit signed Wednesday night. “I fully believe the Wayne County vote should not be certified.” The other canvasser, William Hartmann, also signed an affidavit, echoing Palmer’s complaint.

The two both argued that “intense bullying and coercion” forced them to vote to certify the results. They also said that officials promised that a full audit of the election would take place to address their concerns, but the pair later learned that no audit would take place. 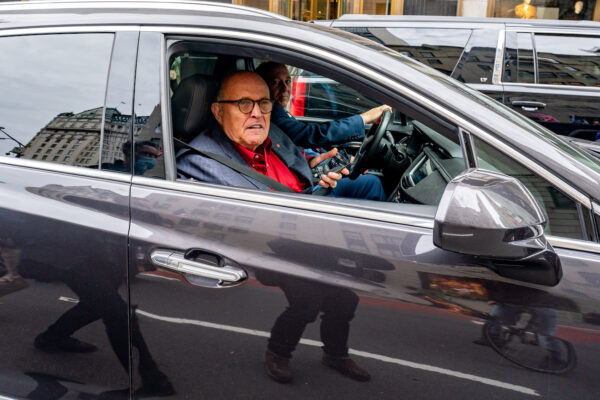 “Vice-Chairman Jonathan Kinloch gave me assurances that voting for the certification of the November election would result in a full, independent audit of Detroit’s unbalanced precincts,” Palmer wrote, according to an affidavit. “I relied on that assurance and voted to certify the election based on that assurance.”

“Later that evening, I was sent statements that Secretary Jocelyn Benson made saying that she did not view our audit resolution to be binding,” Palmer continued. “As a result of these facts, I rescind my prior vote to certify Wayne County elections.”

Both Hartmann and Palmer said they were accused of being racist and harassed after voting against certifying the results, with Palmer adding that some “threatened me and members of my family.”

“Then they were threatened, screamed at, and viciously harassed, and were FORCED to change their vote, but then REFUSED, as American patriots, to sign the documents. 71% MESS. Don’t Harass!” President Donald Trump wrote on Wednesday, making note of their complaints.

It’s unclear if their affidavits would have a legal effect. As noted by the Detroit News, the Board of State Canvassers will now look into Wayne County’s election results.

Tracy Wimmer, a spokeswoman for Benson’s office, told the paper that there’s “no legal mechanism for them to rescind their vote. Their job is done, and the next step in the process is for the Board of State Canvassers to meet and certify.” Board Vice-Chairman Jonathan Kinloch, a Democrat, said he will ask Benson for an audit but no guarantees were given.