The election contest (pdf), filed in the First Judicial District Court in Carson City, seeks to have Trump declared as the winner in Nevada by challenging at least 40,000 votes cast in the presidential election, more than the unofficial margin between Trump and former Vice President Joe Biden.

The plaintiffs allege that the election machines used throughout the state are unreliable, that observers were denied access to the ballot duplication process, and that alleged vote-buying occurred through some Native American outreach programs.

“We believe the discrepancies discovered in the days following Nevada’s election and invited by the Democrat’s last-minute changes to the law monumentally influenced this presidential election to benefit Joe Biden, and as a result, these irregularities have deprived Nevadans of their right to a free and fair election,” Jenna Ellis, a senior legal adviser to the Trump campaign, said in a statement.

“These malicious actions, which have impacted more than 40,000 ballots, cannot be overlooked, and President Trump will continue battling for justice and seeking to restore Americans’ faith in our electoral process.”

The defendants in the contest are the Electoral College candidates pledged to Biden. Judith Whitmer, the first named defendant, did not respond to a request for comment. 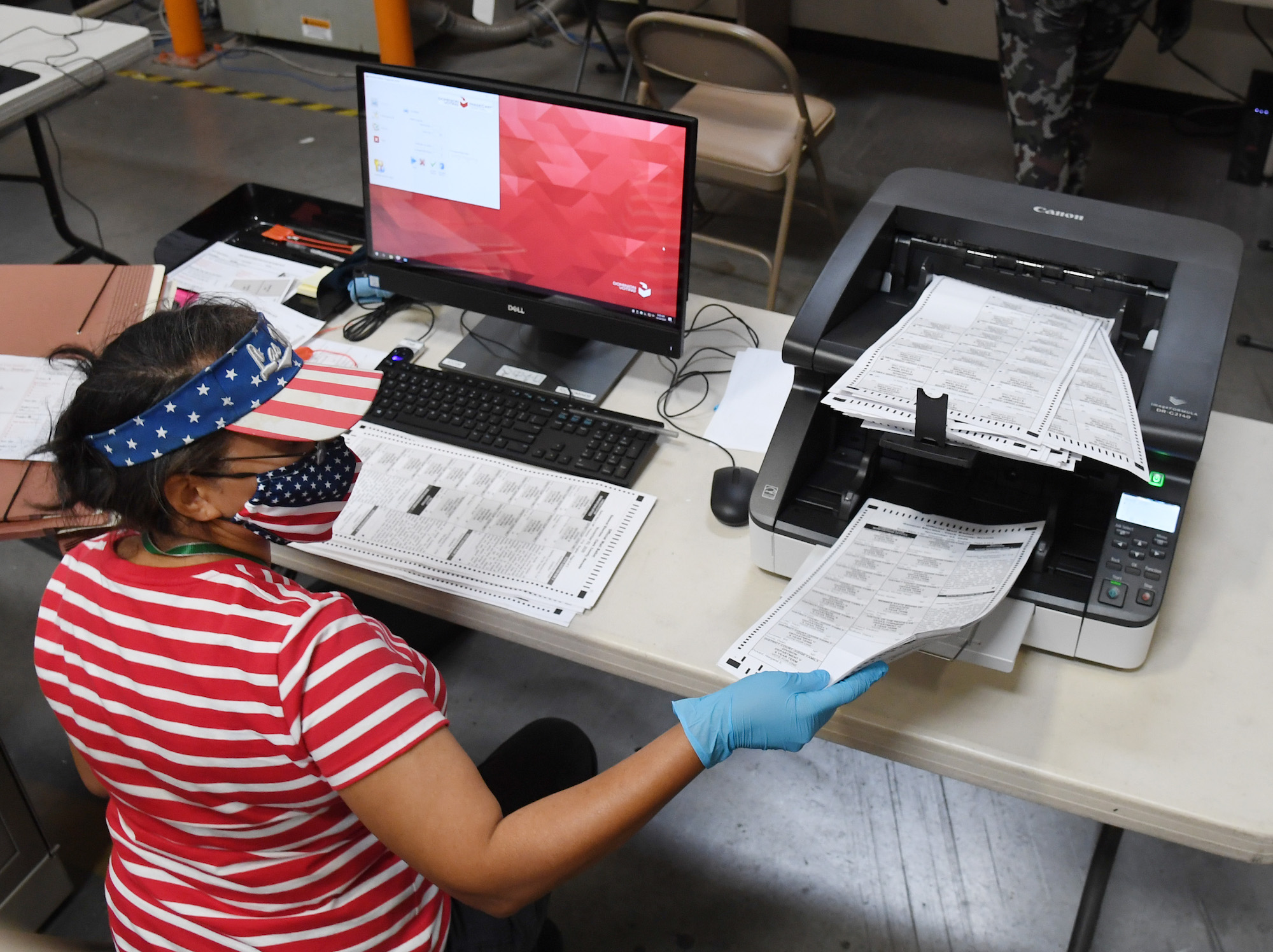 “Consequently, the fraud and abuse came with the election. This contest is the natural result, as evidence will show that the nature and scale of that fraud and abuse renders the purported results of the Nevada election illegitimate,” the filing states.

The contest claims that in order to deal with a flood of mail-in ballots, Nevada officials opted to use a machine to match the signatures on the ballot enveloped with those on file with the state. The reliability of the signature matching technology has not been established, the filing claims.

“First, the signature images on file with the State, which were used by the Agilis machine to compare to the signatures on the outside of the mail-in ballots, were of a lower image quality than suggested by the manufacturer in order to allow the machine to operate properly,” the filing states. “Second, the setting of the Agilis machine was altered or adjusted by Nevada election officials in a manner that was lower than the manufacturer’s recommendations and therefore unreliable.”

Despite the alleged unreliability of the machines, the election officials used it exclusively to verify the signatures on the 130,000 ballot envelopes, the filing states, citing a Nevada statue which mandates that “the clerk or an employee in the office of the county clerk shall check the signature used for the mail ballot.” 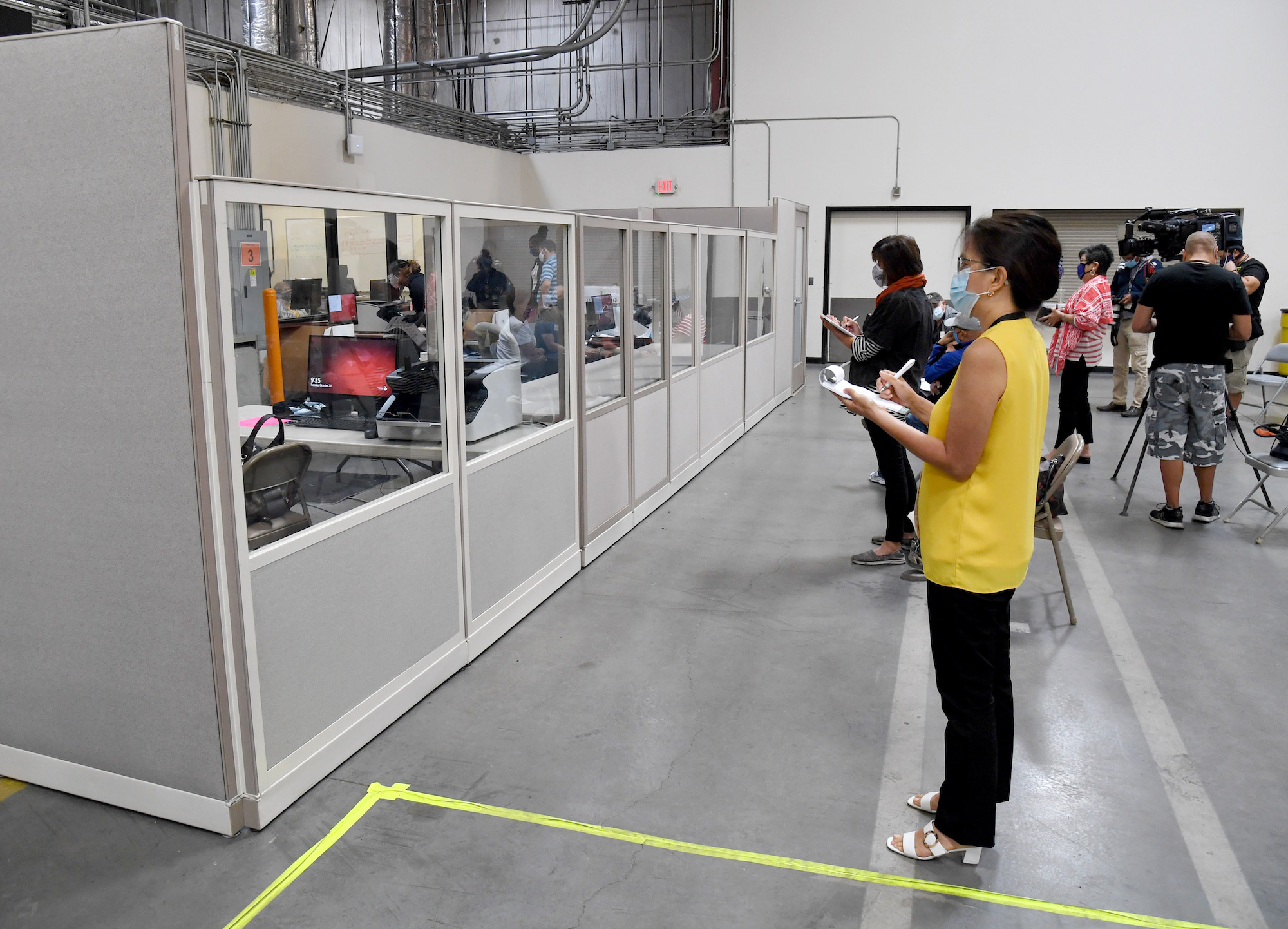 The contest alleges that even after Nevada officials lowered the machine’s tolerance setting was adjusted below the level recommended by the manufacturer, the machine rejected 70 percent of the signatures. The plaintiffs argue that the rejection rate indicated that the machine is “completely unreliable.”

The Nevada Secretary of State and the Biden campaign did not respond to a request for comment.

The contest further details issues with voting machines used throughout the state. The plaintiffs allege to have evidence that at least 15,000 people voted in Nevada who also voted in other states, 1,000 voters who did not meet the residency requirement and 500 mail ballots cast in the name of deceased people.