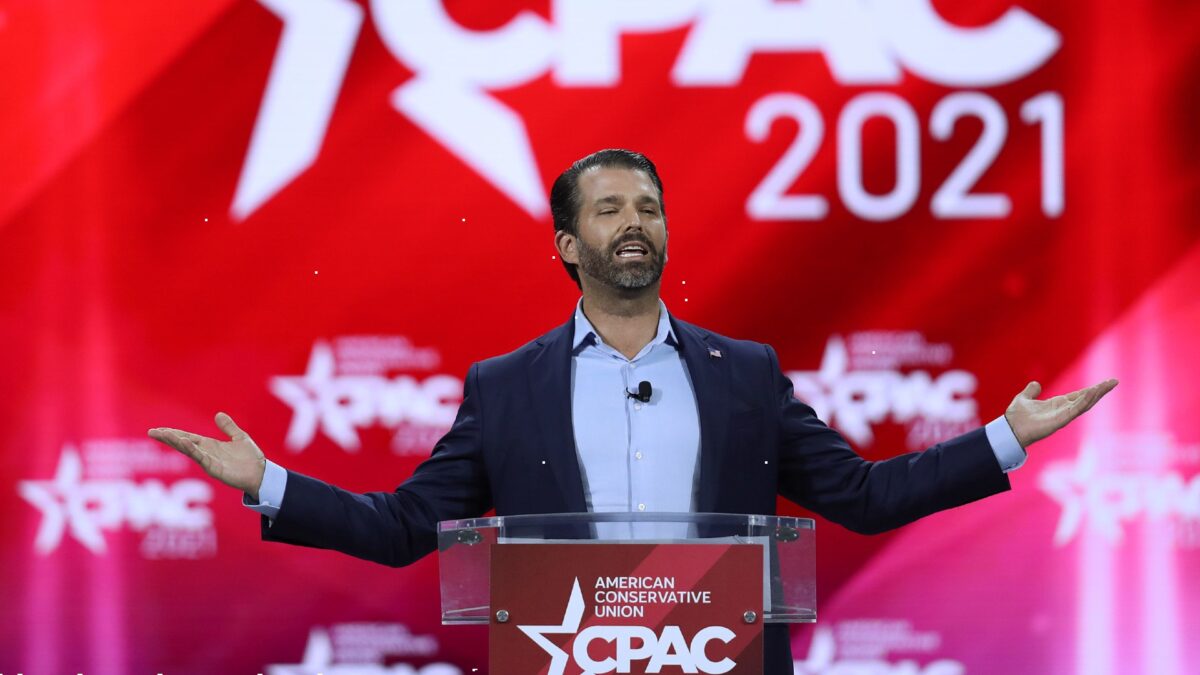 Donald Trump Jr.. said on March 9 that allies of Rep. Liz Cheney (R-Wyo.) are working to derail a Wyoming bill that would establish a primary runoff election for federal and statewide offices.

“The Wyoming Senate is voting on SF145 tomorrow. SF145 would enact a runoff system in WY, so candidates need over 50% to win a primary. Liz Cheney allies are working behind the scenes to kill the bill!” Trump Jr. wrote on Twitter. “Contact the Republicans on the committee & tell them to support SF145!”

Cheney is one of ten Republicans who voted to impeach former President Donald Trump. She is facing the prospect of a Trump-backed primary challenge for the 2022 election, though Trump has not yet backed a candidate.

Trump Jr. had spoken via phone to a crowd in Wyoming gathered to hear Rep. Matt Gaetz (R-Fla.) speak against Cheney. Trump Jr. has also hinted that he would travel to the state to campaign against her.

The Wyoming Senate Corporations, Elections and Political Subdivisions Committee held a hearing on the runoff elections bill March 9 but did not vote on the measure.

“I have not heard a word from Liz Cheney or anyone from her camp one way or another on SF 145,” State Sen. Ogden Driskill (R), one of the members of the committee, told The Epoch Times. “I have not heard from anyone that supports her either. Close to 1000 emails—many from out of state on the bill. Interesting times.”

The bill is sponsored by Republican state Sens. Bo Biteman, Brian Boner, and Tim Salazar and Republican state Reps. Hans Hunt, Mark Jennings, and Dan Zwonitzer. Zwonitzer and Hunt told The Epoch Times they are not aware of any efforts to kill the bill.

“Someone did send me a copy of the tweet this morning, but I’m not aware of any efforts currently underway,” Zwonitzer told The Epoch Times. “The bill is currently in the Senate. I cosponsored it but haven’t been paying much attention to it yet; no one has actively talked to me about killing it.

“I am not aware of any organized efforts per say, though it would stand to reason that [Cheney] and her supporters would be opposed to the legislation,” Hunt told The Epoch Times. “I would point out, however, that this legislation is not necessarily about Rep. Cheney. For many years Wyoming has elected candidates to statewide office who won crowded primary elections with far less than 50% of the vote.”

“In such an overwhelmingly Republican state, I feel that a primary runoff is needed so that the majority of party voters who supported candidates running from the ‘outside’ are not left feeling disenfranchised,” Hunt added. “This bill would give the candidates running against the incumbent a more level opportunity, and would provide a stronger voice to those who feel pitted against the ‘establishment.’”

Ten U.S. states have some sort of runoff election in place, Biteman, one of the bill’s sponsors, told the Wyoming Senate committee on March 9. If the runoff election was in place for the 2018 election, Biteman said there would have been three runoffs in the state Senate races and two in the state House.

“Runoffs are common in areas of one-party rule and they are helpful when there is a large field of candidates,” Biteman told the committee on March 9. “This bill will help voters feel more confident in the election process and will provide the winner with a mandate, something that has been lacking at times when you can actually have a winner whose opponent’s received collectively more votes than the winner under our current system of winner take all.”

“It is often argued that this method results in better candidates moving on to the general election with broader support and who are more appealing to a broader base of voters,” Biteman added. “They would be less common in the state legislative races, more common, obviously in the governor’s, secretary of state’s and the federal offices.”

Cheney won the Republican primary in Wyoming in 2016 with 39.9 percent of the vote, a percentage that would trigger a runoff under the proposed bill.

The office of the Wyoming Secretary of State does not have a position on the bill, a representative told the Senate Corporations, Elections and Political Subdivisions Committee on March 9. The Epoch Times sent requests for comment to members of the committee. 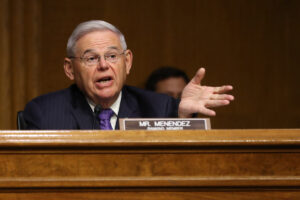