Trump Says He Will Never Concede to ‘Fake Ballots and Dominion’ President Donald Trump said late Monday that, despite the General Services Administration (GSA) being given the green light to engage with Joe Biden’s transition team, he would “never concede” in what he called “the most corrupt election in American political history,” and his team would continue with legal challenges.

“What does GSA being allowed to preliminarily work with the Dems have to do with continuing to pursue our various cases on what will go down as the most corrupt election in American political history?” Trump wrote.

“We are moving full speed ahead. Will never concede to fake ballots & ‘Dominion’,” the president added, referring to the Dominion Voting System elections platform that has come into the spotlight, with Trump’s legal team arguing that alleged exploits in the voting system were used to switch votes in Biden’s favor.

Sidney Powell, an attorney once affiliated with Trump’s legal team but now acting independently, said she has a deluge of evidence that Dominion and other voting systems were exploited to swing the election, saying she soon intends to file a lawsuit of “epic” proportions that will detail the evidence. This builds on previous remarks she made, claiming the proof she said she was receiving regarding election fraud was massive, and likened its eventual disclosure to “releasing the Kraken.”

Dominion has repeatedly denied that its systems were compromised or used in a fraudulent manner. Meanwhile, while a joint statement put out by the Cybersecurity and Infrastructure Security Agency (CISA) on behalf of a national elections infrastructure coalition with links to Dominion through the company’s membership in CISA’s Election Infrastructure Sector Coordinating Council (SCC), called the Nov. 3 election “the most secure in American history.”

Trump later fired then-head of CISA, Christopher Krebs, claiming the joint statement was “highly inaccurate in that there were massive improprieties and fraud.”

The president’s message that he would “never concede to fake ballots & ‘Dominion’,” followed an earlier missive in which he indicated that the GSA would make transition resources available for Biden, while insisting that he still has a good shot at victory.

“Our case STRONGLY continues, we will keep up the good fight, and I believe we will prevail!” he wrote in a Twitter post.

The president’s message followed a letter that GSA Administrator Emily Murphy sent to Biden (pdf), where she notified the former vice president that some transition resources, including around $7.3 million in funds, would be available to him and his team.

In her letter, Murphy noted that the decision to provide transition resources should not be understood as a determination that one of the candidates has won the election.

“GSA does not dictate the outcome of legal disputes and recounts, nor does it determine whether such proceedings are reasonable or justified,” she wrote. “The actual winner of the presidential election will be determined by the electoral process detailed in the Constitution.” 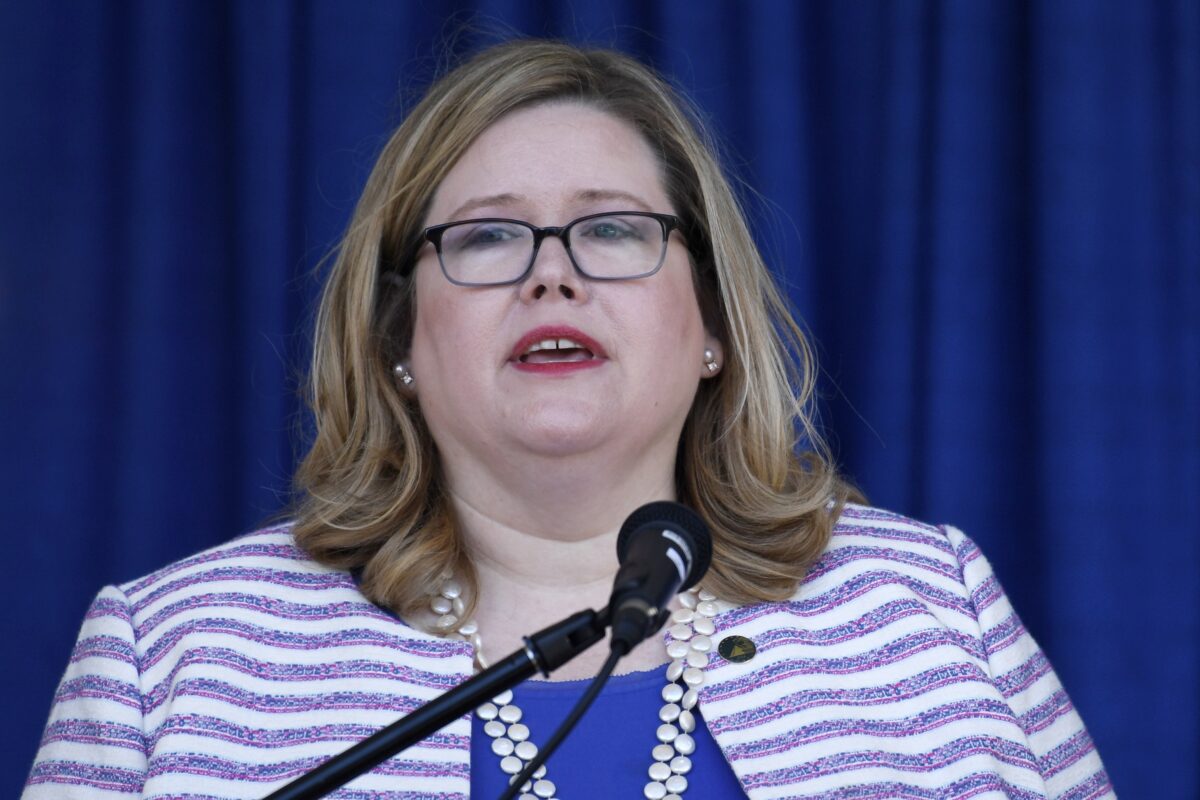 Murphy said she made the decision independently despite a huge amount of threats.

“I did, however, receive threats online, by phone, and by mail directed at my safety, my family, my staff, and even my pets in an effort to coerce me into making this determination prematurely. Even in the face of thousands of threats, I always remained committed to upholding the law,” read the letter.

Trump praised Murphy for her dedication and loyalty to the country.

“I want to thank Emily Murphy at GSA for her steadfast dedication and loyalty to our Country. She has been harassed, threatened, and abused—and I do not want to see this happen to her, her family, or employees of GSA,” the president wrote.

Yohannes Abraham, Biden’s transition executive director, said in a statement that Murphy “has ascertained President-elect Joe Biden and Vice President-elect Kamala Harris as the apparent winners of the election, providing the incoming administration with the resources and support necessary to carry out a smooth and peaceful transfer of power.”

“Today’s decision is a needed step to begin tackling the challenges facing our nation, including getting the pandemic under control and our economy back on track,” she added.

The GSA confirmed to The Epoch Times earlier on Monday that it would soon brief some members of Congress on the presidential transition.

While a number of media outlets have declared Biden as president-elect, The Epoch Times won’t declare a winner of the 2020 presidential election until all results are certified and any legal challenges are resolved.