Trump Urges Americans to ‘Stop the Theft of the Presidential Election’

President Donald Trump in a message to the nation late Tuesday sought to explain why he is determined to pursue all legal and constitutional avenues to “stop the theft of the presidential election,” and called on the American people to “raise their voices” and demand to correct the injustice.

“Americans must be able to have complete faith in the confidence of their elections. The fate of our democracy depends upon it,” he said in a video statement. “Now is the time for the American people to raise their voices and demand that this injustice be immediately corrected. Our elections must be fair, they must be honest, they must be transparent, and they must be 100 percent free of fraud.

“We won this election by a magnificent landslide, and the people of the United States know it. All over, they’re demonstrating, they’re angry, they’re fearful. We cannot allow a completely fraudulent election to stand.”

Trump said that one of his most solemn duties as president is to protect the integrity of Americans’ “sacred right to vote.”

He accused Democratic officials in key swing states of having used the CCP (Chinese Communist Party) virus, which causes the disease COVID-19, as a pretext to allegedly illegally violate state laws to “to enable, encourage, and facilitate fraud” on an unprecedented scale in the country.

Trump has previously alleged that there was widespread voting irregularity and fraud across the nation, however this is the first time he has made a lengthy address about the election urging Americans to be vocal about the situation.

It comes after he recently called for his supporters to join a planned protest in Washington, D.C., on Jan. 6, 2021. “Be there, will be wild!” the president wrote. Jan. 6 is when members of Congress are set to convene in a joint session to count electoral votes. 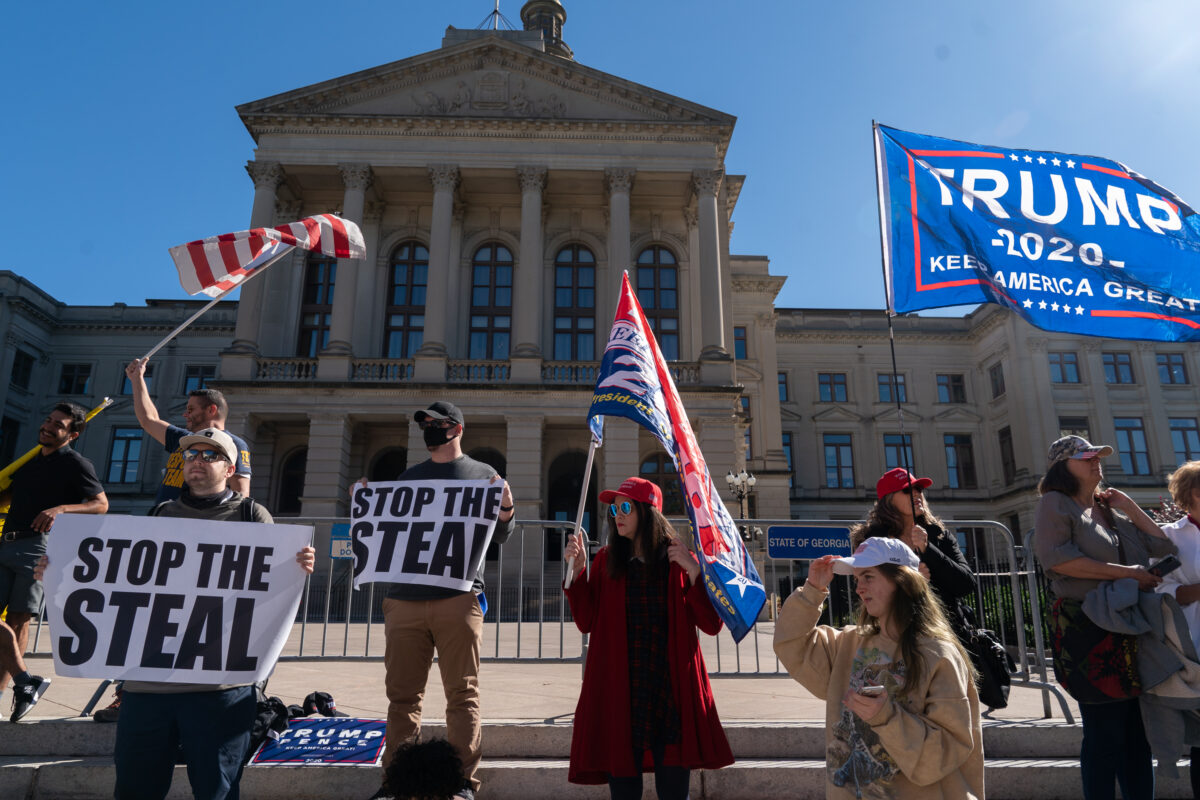 Pro-President Donald Trump protesters rally against the results of the presidential election outside the Georgia State Capitol in Atlanta, Ga., on Nov. 18, 2020. (Elijah Nouvelage/Getty Images)

Hundreds of thousands of Trump supporters have held multiple protests across the nation since the election, calling for a free and fair election and for leaders to take action.

Democrat Joe Biden has declared victory in the election. Trump and other Republicans are contesting election results in courts in key states. The Epoch Times is not calling the race at this time.

‘Facts Every American Needs to Know’

The president spent the majority of his White House address Tuesday night explaining why he believes there was widespread fraud while repeatedly asserting that he was the true winner of the election.

“The truth is we won the election by a landslide. We won it big,” Trump said. “Today I’m going to give you the facts that every American needs to know.”

On the night of Nov. 3, swing states including Michigan, Wisconsin, Georgia, and Pennsylvania saw a lead for Trump. However, vote counting stopped abruptly in the early hours of the next day and a series of “massive and statistically inconceivable vote dumps” in the middle of the night overturned the results, Trump noted.

“These gigantically ridiculous one-sided spikes were miraculously just enough to push Joe Biden into the lead in all of the key swing states. These glaring anomalies are just the tip of the iceberg,” he said.

The president also shared how he had won Ohio, Florida, and Iowa “by historic margins,” and won 18 of 19 “bellwether counties” that have for the past 40 years correctly predicted the winner of the presidential election.

“[This means] Biden would be the first candidate since 1960 and only the second candidate in American history to win the White House while losing all three of those major states, and it wasn’t even close,” Trump said.

He pointed out that Democrats had lost 25 out of 46 toss-up House seats, and noted that Democrats ended up having a net loss of 14 seats even though they were projected to gain 15 seats, which was, according to Trump, due to his  success and the down-ballot effect.

Trump said that his presidential campaign earned about 75 million votes, which is about 12 million more votes compared to the 2016 election—the largest vote increase recorded for an incumbent president. Despite this, opponent Joe Biden “somehow received 11.7 million more votes than Barack Obama, and he beat Barack Obama all over the country,” Trump said.

“It is historically, mathematically, politically, and logically impossible. It did not happen. He did not win. We won by a landslide.” he said.

The Trump campaign has over the past seven weeks provided evidence alleging voting irregularities and fraud. The president told Americans that the campaign has shown that Democrats violated their own state laws by changing procedures ahead of the election without having gone through the state legislatures.

He also alleged that the incredibly low absentee ballot rejection rates “prove that hundreds of thousands of illegitimate ballots were counted in the key states,” and that there were no “meaningful attempt to verify citizenship, residency, identity, or eligibility for mail-in ballots.”

“The potential for illegal activity is unlimited and that’s what we just experienced,” he said.

Trump also pointed to witnesses who have testified that they personally witnessed different instances of cheating and fraud. This included witnesses having seen poll workers backdating thousands of ballots or count batches of the same ballots many times. Other witnesses said they saw thousands of pristine ballots that had no creases or folds that all voted for Biden. 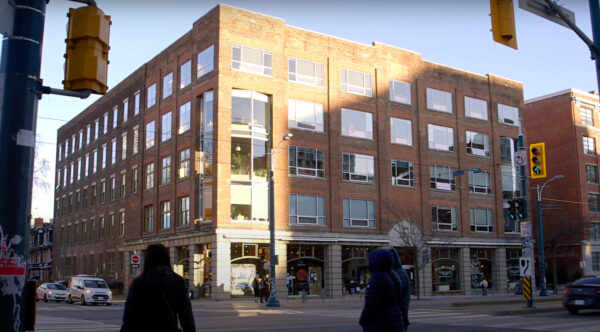 The building housing the Toronto office of Dominion Voting Systems. (The Epoch Times)

The president also questioned the involvement of Dominion Voting Systems, a supplier of voting hardware and software, including voting machines and tabulators. He said that Arizona state senators recently issued a subpoena for a forensic audit of the voting machines, and that other states using Dominion’s equipment and software should also carry out similar investigations.

“As I have just laid out, we have unveiled overwhelming evidence of election fraud. None of this should ever have been allowed in the United States of America. It is a travesty of democracy, it’s a shame upon our republic,” Trump said.

Trump also accused the Democrat Party, the media, and Big Tech giants of “openly colluding” to deceive the country. Prior to the election, media and Big Tech companies censored stories about how Biden’s family had “received millions of dollars from the Chinese Communist Party.”

“Our country no longer has a free press. It is a press of suppression. It is a press where the truth will never come out. It is the greatest and most shocking scandal involving a presidential candidate in modern history,” Trump said, later adding, “The media and the Democrat Party lied to the American people to try to steal the election.”

“If this egregious fraud is not fully investigated and addressed, the 2020 election will forever be regarded as illegitimate and the most corrupt election in the history of our country,” Trump said.