(Natural News)
It was especially infuriating to hear Democrats and their left-wing media sycophants regularly accuse Donald Trump of being a “tyrant.”

During his single term in office, the man literally returned more power to the American people than the previous 10 presidents. He lifted regulations on our lives, he passed a tax bill so we could keep more of our own money, and his states-first approach to governance was more federalist than even some of our earlier presidents.

So accusing Trump of being an authoritarian is just a flat-out lie; contrast his approach to governance with Joe Biden’s approach and that of his party.

Trump never even considered a nationwide mask mandate, for instance, and Biden has already issued one for all federal buildings and properties, despite the fact that mask-wearing has had almost no impact on preventing COVID deaths, as per the Centers for Disease Control and Prevention.

However, that research doesn’t matter. Masks! And be quick about it, Biden and his handlers demand.

But that’s the end of the mandates. Biden now wants all Americans to be forced to have a “COVID passport” if they want to fully live their lives in freedom and liberty (while under the thumb of the passport mandate), which effectively means he’s forcing all Americans to get the vaccine in the first place, whether they want it or not.

And for good measure, just to make his passport mandate good and hypocritical, Biden and his party are opposing voter ID at the same time because apparently, according to them, black and brown people have too much difficulty obtaining a government-issued ID.

The Biden administration is working on creating a set of standards for people to prove they’ve been vaccinated against Covid-19, according to an administration official.

The official said they’re currently working with a range of companies on the standards, including non-profits and tech companies, adding that they are likely still weeks away from being finalized, the official said.

Multiple government agencies are engaged in conversations and planning, coordinated by the White House, as this kind of system will play a role in multiple aspects of life, including potentially the workforce, another senior administration official told CNN.

Meanwhile, White House spokeswoman Jen Psaki claimed “there will be no federal mandate requiring every American to obtain a vaccination credential and there will be no centralized universal federal vaccinations database,” CNN reported, noting that she added that the private sector would mostly drive “a determination or development of a vaccine passport, or whatever you want to call it.”

These two things don’t jibe; the administration wouldn’t be “working on creating” standards for us to “prove” we’ve been vaccinated without there being a “federal mandate” of some kind in order to provide the ‘proof.’

Previously, the Biden regime said that the government ought not be involved in demanding that Americans be required to get a COVID passport, but then again, Biden himself said a lot of things during his campaign that he didn’t mean (or can’t remember), such as wanting to unify the country.

The administration’s thinking on passports, first reported by The Washington Post, which cited five officials, “has been driven largely by arms of the Department of Health and Human Services, including an office devoted to health information technology.”

“Our role is to help ensure that any solutions in this area should be simple, free, open source, accessible to people both digitally and on paper, and designed from the start to protect people’s privacy,” said White House COVID response coordinator Jeffrey Zients, who is also leading the passport effort, the Post said.

This administration is full of tyrants, period; 2024 can’t get here too soon. 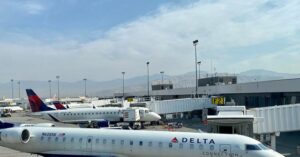