Rep. Vernon Jones (D-Ga.) indicated recently that he might run for the position of Georgia’s Secretary of State in 2022.

“A lot of people have been urging me to run for Georgia’s Secretary of State,” Jones wrote on Twitter on Dec. 23.

“The people of Georgia deserve to have faith in the integrity of our elections again. It might just be time to help #DrainTheSwamp right here at home.”

Jones, a lifelong Democrat, is also a supporter of President Donald Trump and a critic of Joe Biden. Jones delivered a speech at the Republican National Convention on Aug. 24, supporting Trump’s reelection.

Jones also believes there was fraud during the general election in November.

“There are too many sworn affidavits, there are too many people who have felt like their rights have been infringed upon, their voting rights,” Jones told The Epoch Times during a rally in Washington on Dec. 12.

Trump called Raffensperger “enemy of the people” and alleged that Georgia had a “fraudulent system” in late November. 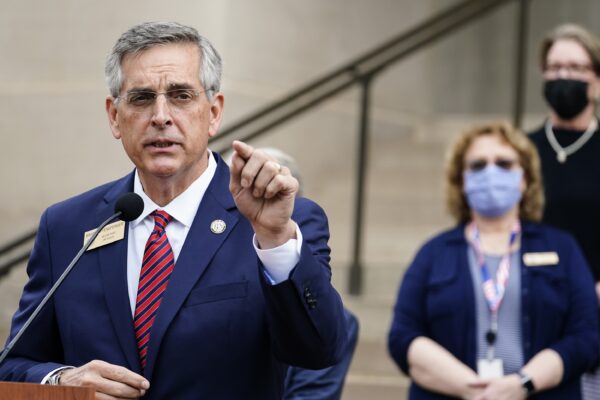 Running the elections is one of the main responsibilities of the Secretary of State of Georgia.

The current Secretary of State Brad Raffensperger, who is a Republican, has been heavily criticized by many Trump supporters for his handling of the general election.

Raffensperger has been accused of entering a consent decree with Democrats earlier this year to relax election safeguards. He has also been accused of blocking signature verification during recounts, among other things.

Raffensperger and others with the office have defended his actions, alleging that he actually strengthened signature verification before the election and that it wasn’t possible to do it again during recounts.

Raffensperger was a former House Representative of Georgia. He won the election for the Secretary of State in 2018.

The next election for Georgia Secretary of State is scheduled for Nov. 8, 2022. There are no official candidates for the election currently.

Jones’s office didn’t immediately respond to a request for comments from The Epoch Times.

28 Dec 2020
Georgia
GOP rep sues Vice President Pence to have presidential election overturned
BREAKING: Pennsylvania Certified Results for President Are Found in Error – The Error Is Twice the Size of the Difference Between Candidates