Loudoun County, Virginia’s Ted Pharmacy gave adult COVID-19 vaccines to at least 112 children between the ages 5 and 11 after a pharmacist grew tired of waiting for the controversial children’s version of the drug to arrive and began administering adult medication to kids.

State and federal authorities ordered the Loudoun County Ted Pharmacy, located in the community of Aldie, to quit administering the adult vaccines to children on November 5, following a two-day period between November 3 and 4 in which the adult vaccines were being advertised at the location for use in children.

At least 112 kids between the ages of 5 and 11 fell victim to the scam, with them and their parents believing that they were receiving doses of the actual children’s vaccine which has recently hit the healthcare market and remains highly controversial.

According to local media and the Virginia Department of Health, the Ted Pharmacy was using watered-down adult vaccines on the children in an effort to match the makeup of the actual children’s vaccine, and no one really has any true idea what dosage was given to over 100 children. The vaccine ruse was exposed after an alert parent reportedly became suspicious, noticing that the kids were receiving drugs from a purple-topped vial, the same as adults.

The dosage of COVID-19 vaccines given to adults contains three times the micrograms of mRNA compared to the dosage of the controversial vaccines given to children. In Colorado, where two children were incorrectly given the adult dose COVID-19 vaccine instead of a flu vaccine, the children began experiencing heart issues almost immediately according to the family’s lawyer.

Shockingly, state health authorities, which are operating in the closing days of the far-left Northam Administration, do not really seem to mind that the pharmacy was administering unknown levels of experimental adult vaccinations to kids, and do not appear to be pursuing any disciplinary action against the pharmacy aside from removing their stock of COVID vaccines.

In fact, the authorities seem to be covering for the pharmacy and others in the pharmaceutical industry, assuring parents and citizens that all is well with the vaccine program and that there is no cause for serious alarm.

“We don’t believe anyone got too much vaccine, but it’s just unclear whether someone might’ve gotten too little vaccine,” Dr. David Goodfriend of Loudoun County’s Health Department told local media, before admitting that he has absolutely no idea how many drugs the children were actually given.

“So for adults, the dosage is 30 micrograms,” Goodfriend said of the vaccine. “And in order to do that, you give 0.3 mL. What Ted Pharmacy tried to do is give the correct dosage of 10 micrograms to kids by giving one-third of that, or 0.1 mL of the adult vaccine. That’s a small amount to inject,” he said.

Authorities are recommending that the children impacted by Ted Pharmacy’s grotesque medical malfeasance either wait 21 days and then take their chances by restarting the COVID vaccine course or that they act as if nothing out of the ordinary has happened and receive a 2nd dose of the proper vaccine as scheduled at another location.

The Ted Pharmacy story is just the latest scandal to come out of Loudoun County. Once considered to be one of the finest suburban communities in the entire United States, Loudoun County has made national headlines as it has transitioned politically from center-right to far-left beneath the weight of a constant influx of federal workers and third word migrants. Stories related to the local school system have been indicative of the counties’ decline as critical race theory has been embedded in curriculum and children have been raped under trans bathroom rules put into place by left-wing officials. 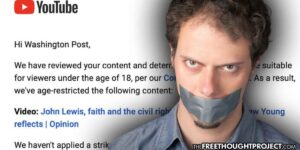 After Cheerleading Censorship for Years, WaPo Now On Receiving End of It, And They’re Pissed 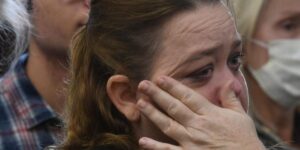 Kyle Rittenhouse's mother shames Biden after she says he 'defamed' Kyle by suggesting he was a white supremacist: Biden 'did that for the votes'