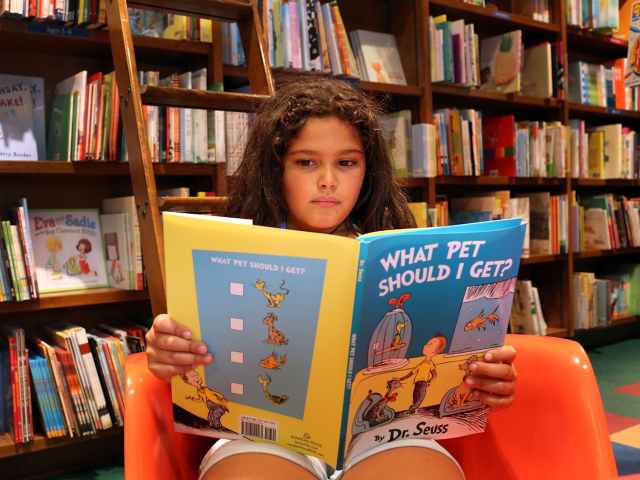 A Virginia school system has removed children’s books by famed author Dr. Seuss from its annual Read Across America program over charges that his books have “strong racial undertones.”

Dr. Seuss, whose real name is Theodor Geisel, is famed for classics including Horton Hears a Who, The Grinch, and Green Eggs and Ham, but the Loudon County school system now also says his work has “strong racial undertones,” the Washington Post reported.

According to a school spokesman, the district said they are looking toward books that are more “inclusive and diverse and reflective of our student community,” according to school Loudoun schools spokesman Wayde B. Byard.

Byard insisted that the district feels there are “strong racial undertones in many books written/illustrated by Dr. Seuss,” and added, “Given this research, and LCPS’ focus on equity and culturally responsive instruction, LCPS has provided guidance to schools in the past couple of years to not connect Read Across America Day with Dr. Seuss’ birthday exclusively.”

The school district is not the first to hit the venerable children’s author with charges of racism.

As far back as 2017, a museum dedicated to Geisel’s work painted over a mural that featured Dr. Seuss-styled depictions of Asian characters replete with long braided queues and chopsticks. Activists at the time claimed that the cartoon figures were a “jarring racial stereotype.”

Flash forward to 2019 and academicians were formalizing an article in the peer-reviewed academic journal Research on Diversity in Youth Literature in which Seuss’s work and his past was deemed “racist.”

Authored by Katie Ishizuka of The Conscious Kid Library and Ramón Stephens, a doctoral student at the University of California, San Diego, the paper delved into Theodor Geisel’s early history, which included the publication of racially insensitive cartoons. The authors of the article also said that Geisel supported the internment of Japanese-Americans during World War II.