Watch: Florida Sheriff Warns New Arrivals Not to 'Vote the Stupid Way You Did up North'

Polk County Sheriff Grady Judd warned intending Florida residents Monday not to “vote the stupid way you did up north” as he stood beside Governor Ron DeSantis during a press conference.

“This is what we enjoy in Florida. This is the Florida we know and love,” Judd outlined while showing local residents enjoying Walt Disney World and the beach before moving on to explain why political leadership is important to guarantee the basic rights to be enjoyed by all citizens.

Without citing the Democratic Party directly, Judd warned those moving to Florida they needed to vote differently than they may have in the states they were intent on fleeing.

“We’re a special place, and there are millions and millions of people who like to come here. And quite frankly, we like to have them here. So we only want to share one thing as you move in hundreds a day: Welcome to Florida. But don’t register to vote and vote the stupid way you did up north, you’ll get what they got,” the sheriff added, prompting applause from the group of law enforcement officers, lawmakers and state officials gathered.

“There’s a reason that this place is fun,” Judd continued. “There’s a reason why we have a 49-year-low crime rate. And the same people that don’t think we should have an anti-rioting bill or a rioting bill are the same ones that think we ought to let more people out of prison. And where they’re doing that, as the governor and our speakers have alluded to, crime goes up, but it’s not just crime that goes up, victimization goes up.”

Judd highlighted the far-left riots that have engulfed communities in Democrat-controlled cities across the U.S., including Seattle, Portland, and Minneapolis.

He swore officials would not allow that to happen in Florida.

“We’ve got a new law and we’re going to use it if you make us,” Judd said. “We’re going to protect the people. No longer will people walk up and surround you as a citizen of Florida or a visitor of Florida, surround you while you’re eating dinner at an outdoor cafe in a big mob without there being immediate consequences and arrest. It’s not acceptable.”

This is not the first time Judd has gone on the record and spoken of his commitment to keeping Florida a safe and peaceful place to live for all.

If you value your life, they probably shouldn’t do that in Polk County. Because the people of Polk County like guns, they have guns, I encourage them to own guns, and they’re going to be in their homes tonight with their guns loaded, and if you try to break into their homes to steal, to set fires, I’m highly recommending they blow you back out of the house with their guns. So, leave the community alone.

On January 17, 2016, Breitbart News reported Sheriff Judd saying it is “more important to have a gun in your hand than a cop on the phone.”

He added, “If you are foolish enough to break into someone’s home, you can expect to be shot in Polk County.” 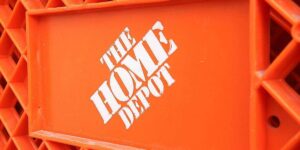 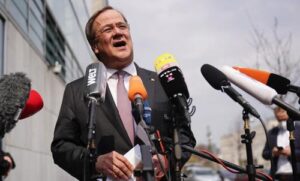