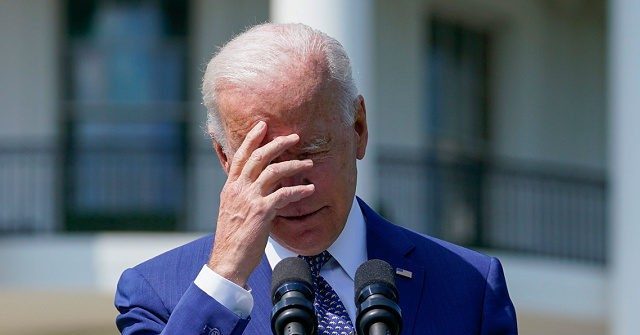 An enormous “Let’s Go Brandon’ banner flew across the sky during the Georgia and Missouri football game on Saturday in Athens, Georgia.

Twitter account @OldRowViral posted the footage on Saturday, which shows a plane pulling the banner above Sanford Stadium.

The end of the sign reportedly read “Join Gettr.com,” according to the Western Journal.

Gettr is a social media platform “founded on the principles of free speech, independent thought and rejecting political censorship and ‘cancel culture,’” per the platform’s website.

The phrase “Let’s Go, Brandon,” became a euphemism for “F*ck Joe Biden” chants after a Nascar Xfinity Series race at Talladega Superspeedway in Alabama on October 2. Brandon Brown, the winner of the race, was interviewed by an NBC Sports reporter as a “f*ck Joe Biden” chant roared from fans in the crowd. NBC Sports reporter Kelli Stavast awkwardly claimed the fans were chanting, “Let’s Go, Brandon!”

I’m pretty sure they’re not chanting “Let’s go Brandon” as the NBC reporter is telling us. What do you hear? #fjb pic.twitter.com/Ai6QU9uEZf

“F*ck Joe Biden” chants have become a staple at sporting events throughout the country. On October 30, the chant rang out at the Georgia and Florida football game in Athens, Georgia:

A child kicked off a dirt track race last month by shouting the phrase at the Oswego Speedway in upstate New York:

Footage captured the chant at an Ole Miss game in Oxford, Mississippi on October 23:

The phrase was even documented in the highly liberal city of Boston following an ALCS game between the Houston Astros and the Boston Red Sox: 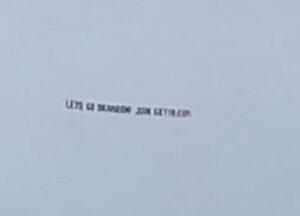