Hackney, an immigrant who fled communist Poland as a teenager, was arrested Friday on a misdemeanor contempt of court charge. She was denied bond and remains in an Ingham County jail.

Her restaurant, Marlena’s Bistro and Pizzeria in Holland, was told to close by governor’s order, like many did at the height of Gov. Gretchen Whitmer’s (D) executive order spree. But Hackney reopened last summer and faced orders to close by state agents.

She repeatedly refused and was ordered to turn herself in Thursday. When she ignored that demand, Hackney was arrested early Friday and taken to a Lansing jail, some 100 miles away from Holland.

Supporters lined the roadway and filled the parking lot of her eatery:

“Free Marlena, Free America,” one sign read. “Support Marlena,” said another in the crowd that also had many American flags.

Another said, “Arrest Whitmer and (Michigan Attorney General Dana) Nessel for stealing our right to work and provide for ourselves”:

Clark argued Whitmer’s administration is “targeting” Hackney, because other restaurateurs have been fined, but none have been jailed.

Meshawn Maddock, vice chair of the Michigan Republican Party, said, “Whitmer’s policies can kill seniors and lie about it, and Nessel just writes it off. But if Marlena in Holland serves a sandwich, she’s got to serve time.”

Michigan GOP @CoChairMeshawn “Whitmer’s policies can kill seniors and lie about it, and Nessel just writes it off. But if Marlena in Holland serves a sandwich she has to serve time.” pic.twitter.com/vY9DMWSCBM

“Let’s jail the governor for killing grandma, but not waitresses and line cooks that just want to earn a living,” Maddock said. 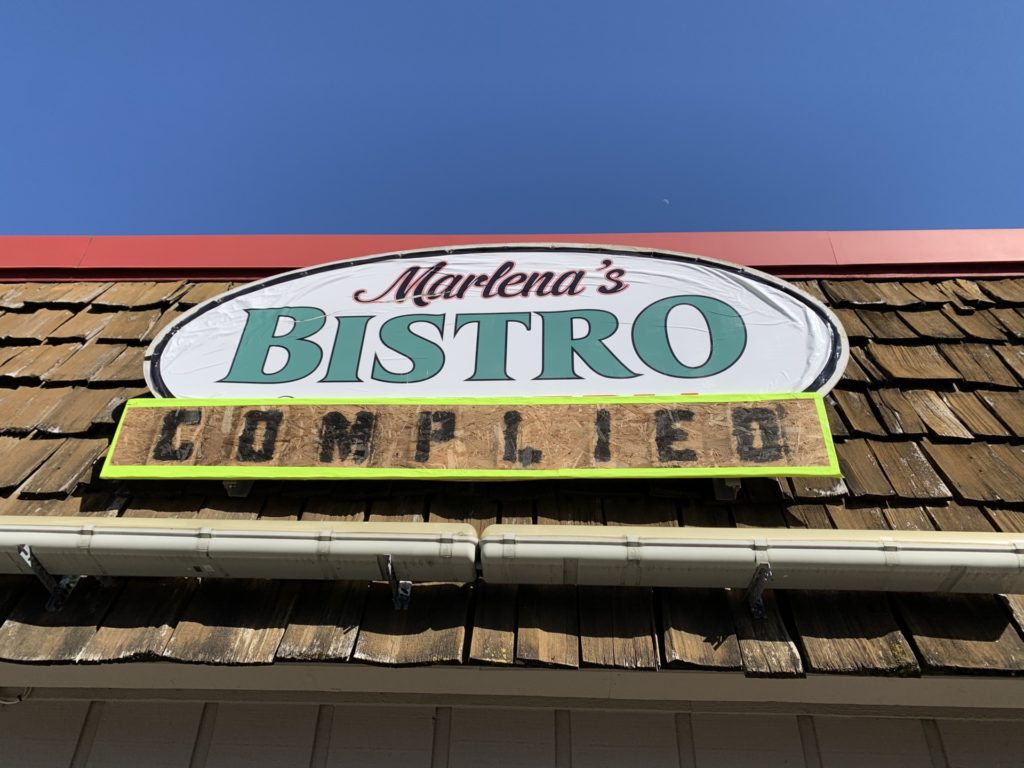 A crowd favorite was Tudor Dixon, a host on Real America’s Voice, who blasted Whitmer:

“Big Gretch has her thumb on everyone, including Marlena,” Dixon said, referring to Whitmer’s self-declared nickname.

“I can only think of one reason a woman would want to be called Big Gretch and that’s because her ego is gigantic and you know what happens when you have a gigantic ego?” she told the crowd.

“It gets bruised easily and Marlena bruised her ego,” Dixon said.

She vowed to get to the bottom of what happened with Whitmer’s nursing home policy, which sent coronavirus-infected patients to long term care facilities to recuperate.

“We have grandparents in nursing homes and we will find out what she did to them,” Dixon said.

“Come 2022, we will expose Gretchen Whitmer and we will get rid of Gretchen Whitmer. While we lost our salaries, she kept hers. When we couldn’t get unemployment, she put her employees at the front of the line,” she said.

GOP report finds no evidence of Michigan voter fraud, identifies 'severe weaknesses' that should be fixed