We Don't Get A Vote On The Woke Revolution 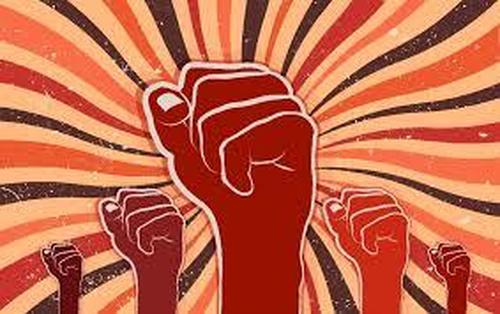 Authored by J.Peder Zane via RealClearPolitics.com,

You don’t get to vote on the revolution. That’s kind of the point. From the happy example of Colonial America to the terrors that mutilated and murdered innocents in France, Russia, and China, revolutionaries work outside the established system to impose a new order.

So it is with today’s woke revolution. The potent cultural forces that have mainstreamed radical concepts such as “white privilege,” “microaggressions,” and “gender fluidity” are beyond the reach of American democracy.

No one voted for any of it; it cannot be stopped at the ballot box. Electing anti-woke politicians in 2022 and 2024 will not turn the tide.

The embrace of woke ideology by many prestigious news outlets – as symbolized by the New York Times’ 1619 Project, which recasts American society through the cramped lens of racism and oppression – is not subject to popular approval. Neither is the American Medical Association’s move to view health disparities between blacks and other Americans as the result of “systemic racism” (rather than biology, personal behavior, or cultural influences).

We don’t get to vote on the decision by the National Institutes of Health, the nation’s largest funder of biomedical research, to commit $90 million in funding along with “every tool at our disposal to remediate the chronic problem of structural racism.” The same goes for the diktat in corporate America to mandate race and gender into their hiring decisions, or the woke-saturated culture that predominates at most American colleges and universities, where faculty applicants are asked to sign loyalty oaths to diversity and equity.

Parental opposition to the influence of critical race theory in public schools shows that pushback is possible. School board meetings are one of the few public venues where ordinary Americans can voice their discontent to this ideology, which casts white kindergarteners as oppressors and non-white tots as victims. But these critics are labeled “domestic terrorists” for their efforts — and it’s still not clear what, if any, impact the parents will have on what and how children are taught.

In fairness, broad swaths of the culture always operate and evolve outside of politics. The world of ideas and entertainment – the books we read, movies we watch, groups we join – must never be subject to electoral will. But the woke revolution feels different. First, it is an explicitly political ideology that is, at bottom, about power. Second, it is remarkably ambitious: It seeks a wholesale transformation of America’s past, present and future. Third, while some of its ideas resonate with plenty of people, it is a top-down movement that seeks to impose alien ways of thinking and being on everyone – hence the rise of cancel culture and other illiberal mechanisms to silence and punish those who fail to conform.

One of the great paradoxes of the social justice movement is that even as it claims to fight inequality, it is itself a reflection of the growing inequality in America: both of wealth and culture. Like most revolutions, it is not led by the downtrodden but by the elites. It is not the person of color on the streets but the swells at the top (most of them white) who are imposing the new order.

Although it might seem that the woke revolution erupted in 2020 with George Floyd’s murder, or with the rise of the Black Lives Matter movement following Michael Brown’s shooting in Ferguson, Mo., in 2014, its intellectual framework – which includes critical race theory, postmodernism, anti-colonialism, black power and queer/gender studies – emerged at America’s universities in the 1960s and 1970s. Heavily influenced by Marxism, leftist scholars suffered a crisis of confidence after communism was discredited 30 years ago as the Soviet Union collapsed. In response, activist academics essentially repackaged their old ideas. They still saw politics as a zero-sum battle between oppressors and the oppressed, with themselves in the moral vanguard, but they replaced the concept of class with new identity markers: racial and sexual identity. The struggle was no longer between capitalists and the proletariat, but privileged “cisgendered heteronormative” whites versus the rest of humanity.

There was always a kernel of truth to this narrative – America, like every other nation, has unequal distributions of wealth and power (hierarchy is inevitable; even the communists, who pledged to create true equality, simply replaced the tsar’s hierarchy with their own, one dominated by party leaders and apparatchiks). But the expansion of rights and opportunities we’ve achieved over the last half-century – the fact that legions of people defined as “oppressed” enjoy status, respect, wealth and power only dreamed of in most corners of the globe – exposes the absurdity of the claim that race and gender determine one’s fate.

Nevertheless, this narrative increasingly informs the education delivered at Western colleges and universities, especially at elite schools. The graduates of these institutions, in turn, become the professors, journalists, managers, administrators and other moral enforcers using their positions to advance the woke revolution from within.

The key question – why would seemingly intelligent people commit to an ideology so at odds with reality? – requires a complex set of answers. The collapse of traditional social norms, the offshoring of the blue-collar sector, the baneful influence of social media, the realignment of legacy media into tribal factions, the creation of overeducated citizens saddled with crippling debt, rapidly rising living standards that create rising expectations — all this and more play a part. Radicalism is opportunistic, lying dormant for decades until the right combination of conditions presents itself.

But a pivotal, if underappreciated, force is the rise of the information-based global economy, which has doubled the number of millionaires in the United States in just a decade, opening a chasm of envy between the haves and the super-haves. Statista reports that there were close to 6 million U.S. households with financial assets worth more than $1 million in 2019; more than double the number in 2008. At the same time, Pew reports that “as of 2016, the latest year for which data are available, the typical American family had a net worth of $101,800.”

This growing inequality is not based on the false claim that the wealthy are benefiting at the expense of non-rich – they are, more accurately, getting a bigger slice of a growing pie in a world where living standards continue to rise. But this increase does make it easier for radicals to exploit the false argument, insistently advanced by prestigious news and information outlets, that the current system is unjust and that, given America’s history, today’s disparities stem from race.

To buy peace, and peace of mind, many well-off Americans – especially the well-educated ones who now call the Democrat Party home – are happy to acquiesce to ideas that, as a practical matter, will have little immediate impact on their own comfortable lives: agreeing that the American Revolution was fought over slavery, that social justice requires reparations, that gender identities are malleable, that reality is socially constructed, that “silence is violence.” It costs them nothing to spout these slogans, which allow them to feel morally superior.

In the long run, I hope, truth will out. But those who oppose the revolution should know they are battling powerful and entrenched forces that are, in significant ways, beyond their reach. 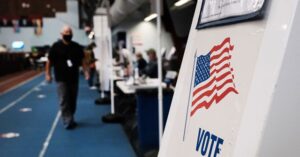 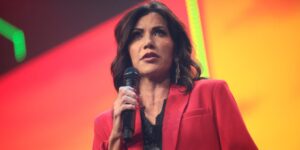