Election officials in Wisconsin on Tuesday found a batch of uncounted ballots during the state’s partial recount.

Milwaukee’s elections board voted 3-0 to count the ballots, the Milwaukee Journal-Sentinel reported.

“It was a human error on Election Day. I reviewed the paperwork, and it was new election inspectors who worked one shift on Election Day, so I know they left in the middle of the day,” she told reporters at the Wisconsin Center in Milwaukee.

“But the way that we discovered the error, all of the unopened ballots were on the bottom, with all of the open certificate envelopes on top. And knowing how thorough we are at central count, I have no doubt that they brought these ballots up to the table, saying that they were complete, not indicating to anyone that half of the ward was missing. So if there’s one positive to come out of the recount, it’s that every vote is indeed being counted, including these 386.” 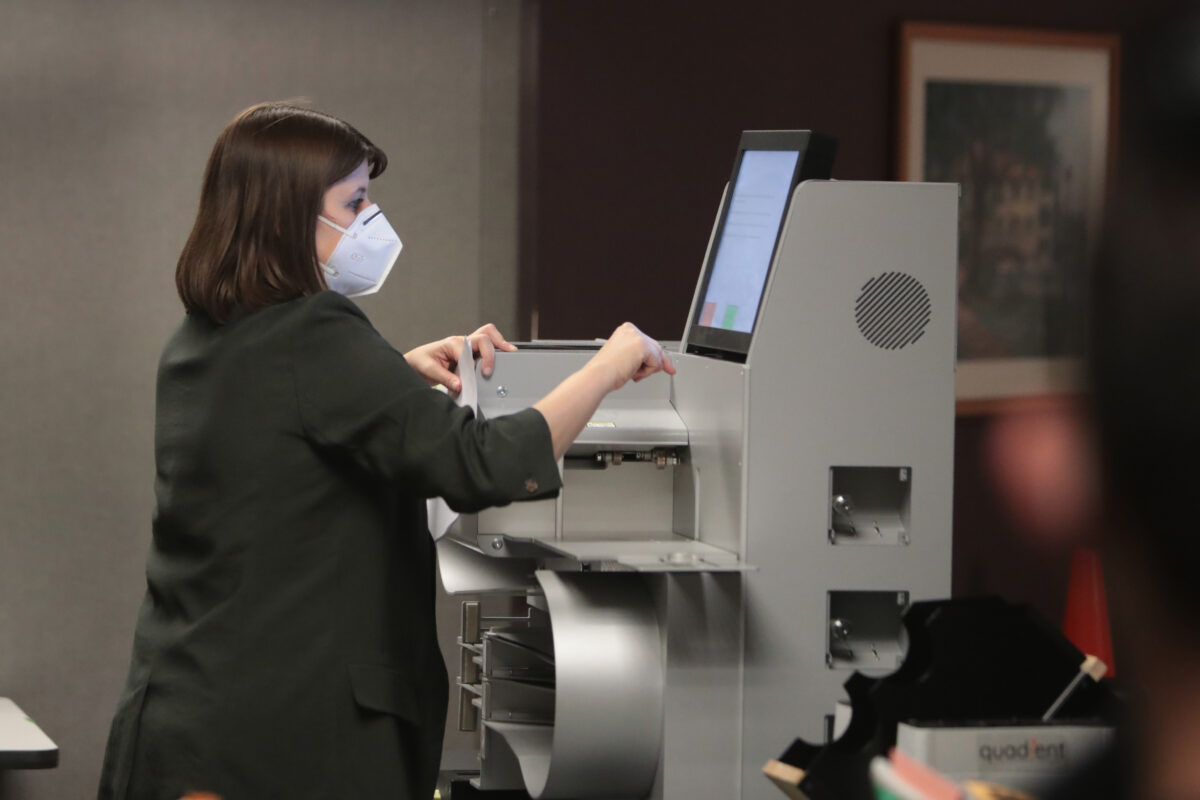 Recounts are taking place in Milwaukee and Dane counties, per a request from President Donald Trump’s campaign.

Workers have until Dec. 1 to complete the recount.

Democratic presidential nominee Joe Biden finished with 20,427 more votes than Trump, or 0.62 percent of the vote, according to unofficial statewide results. State law allows a candidate who ends up within 1 percent of the winner’s total to request a recount.

A hand audit in Georgia uncovered four batches of ballots. About 1,400 more of those ballots were for Trump, compared to Biden.

A second recount started in that state on Tuesday.

Republicans want a recount in Pennsylvania as well, but officials there have so far resisted those efforts.