Google-owned YouTube took down a video from Rep. Nicole Malliotakis (R-NY), reportedly without offering an explanation to the Congresswoman.

According to Rep. Malliotakis, the video consisted of her press conference announcing her lawsuit against the Democrat Mayor of New York City, Bill de Blasio, for his implementation of a vaccine “passport” scheme in the city.

Users attempting to navigate to the video are currently met with a notice from YouTube informing them that the video has been taken down due to a violation of the platform’s community guidelines, without specifying which guideline had been broken or how.

I’m the latest victim of big tech censorship. @YouTube removed the video of my press conference announcing our lawsuit against @NYCMayor‘s vaccine passport claiming it “violates community guidelines.” My office reached out to @YouTube asking why & all we’ve heard back is crickets pic.twitter.com/gZu66X76Lo

“I’m the latest victim of big tech censorship,” said Rep. Malliotakis on Twitter. “YouTube removed the video of my press conference announcing our lawsuit against @NYCMayor’s vaccine passport claiming it ‘violates community guidelines.’ My office reached out toYouTube asking why & all we’ve heard back is crickets.” 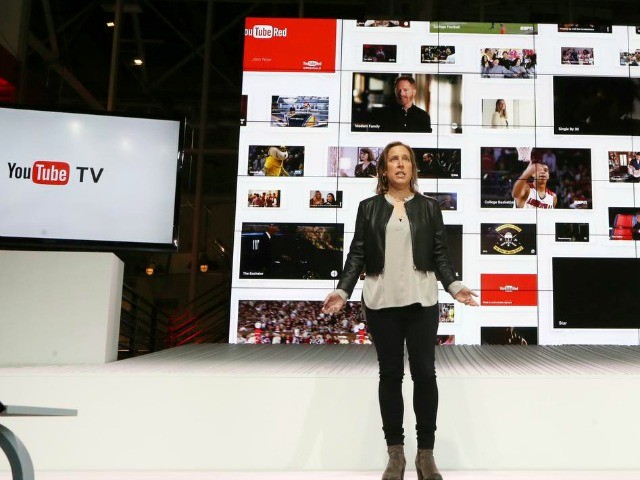 “The Mayor’s vaccine mandate is an overreach of government,” said Malliotakis. “The government should not be imposing such a mandate on its people and small business owners.”

“We have received calls from countless individuals that we represent — both vaccinated and unvaccinated — who are concerned about sharing personal health information with individuals they don’t know, or fearing they will be left out of society because their doctors recommended they do not get vaccinated due to other medical issues.”

“It is beyond ridiculous that the government is mandating these already struggling small business owners to be the city’s ‘vaccine police.’”