Twenty-nine California students are reportedly stranded in Afghanistan at the hands of President Joe Biden’s administration — five more than initially reported on Tuesday — days after the administration withdrew the last U.S. troops from the country to meet the Taliban-approved deadline.

“We can confirm that we currently have 29 students, from 19 families, in Afghanistan,” Rai said. “We stand ready to support these students and families in whatever way that we can.”

Taliban fighters atop a Humvee vewhicle take part in a rally in Kabul on August 31, 2021, as they celebrate after the US pulled all its troops out of the country to end a brutal 20-year war — one that started and ended with the hardline Islamist in power. (Hoshang Hashimi/AFP via Getty Images)

According to a Tuesday report from the Sacramento Bee, Democrat Rep. Ami Bera’s (CA) office is working alongside the district to bring the students home. Bera’s communications director Travis Horne affirmed the office has been in “close contact” with the district and has “urgently flagged the students’ information with the State Department and Department of Defense.”

The news follows the U.S. withdrawal from Afghanistan, which took place after the Taliban’s takeover of Kabul. The last U.S. flight out of the capital occurred on Monday at 3:29 p.m. Eastern.

During an address to the nation on Monday, U.S. Secretary of State Antony Blinken admitted that some Americans remained stranded in the jihadist-controlled country, but he could not provide an exact figure.

“Of those who self-identified as Americans in Afghanistan who are considering leaving the country, we’ve thus far received confirmation that about 6,000 have been evacuated or otherwise departed,” Blinken said. “This number will likely continue to grow as our outreach and arrivals continue.” 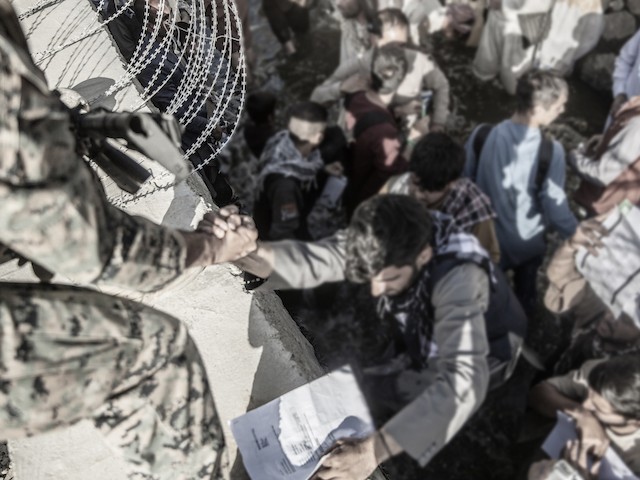 “We believe there are still a small number of Americans, under 200 and likely closer to 100, who remain in Afghanistan and want to leave. We’re trying to determine exactly how many,” he continued, stating that officials were “going through manifests and calling and texting through” their lists, promising to share more details as soon as possible.

President Biden addressed the nation on the Afghanistan crisis on Tuesday and admitted his administration left behind about ten percent of Americans. 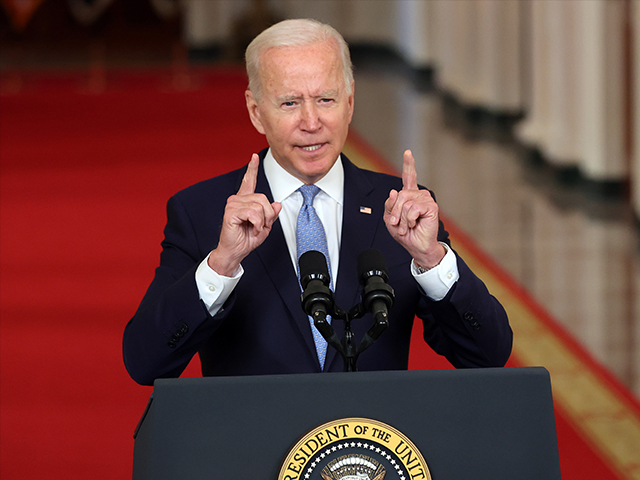 President Joe Biden delivers remarks on the end of the war in Afghanistan in the State Dining Room at the White House on August 31, 2021, in Washington, DC. (Chip Somodevilla/Getty Images)

“The bottom line: Ninety percent of Americans in Afghanistan who wanted to leave were able to leave,” the 78-year-old admitted. “And for those remaining Americans, there is no deadline. We remain committed to get them out if they want to come out.”