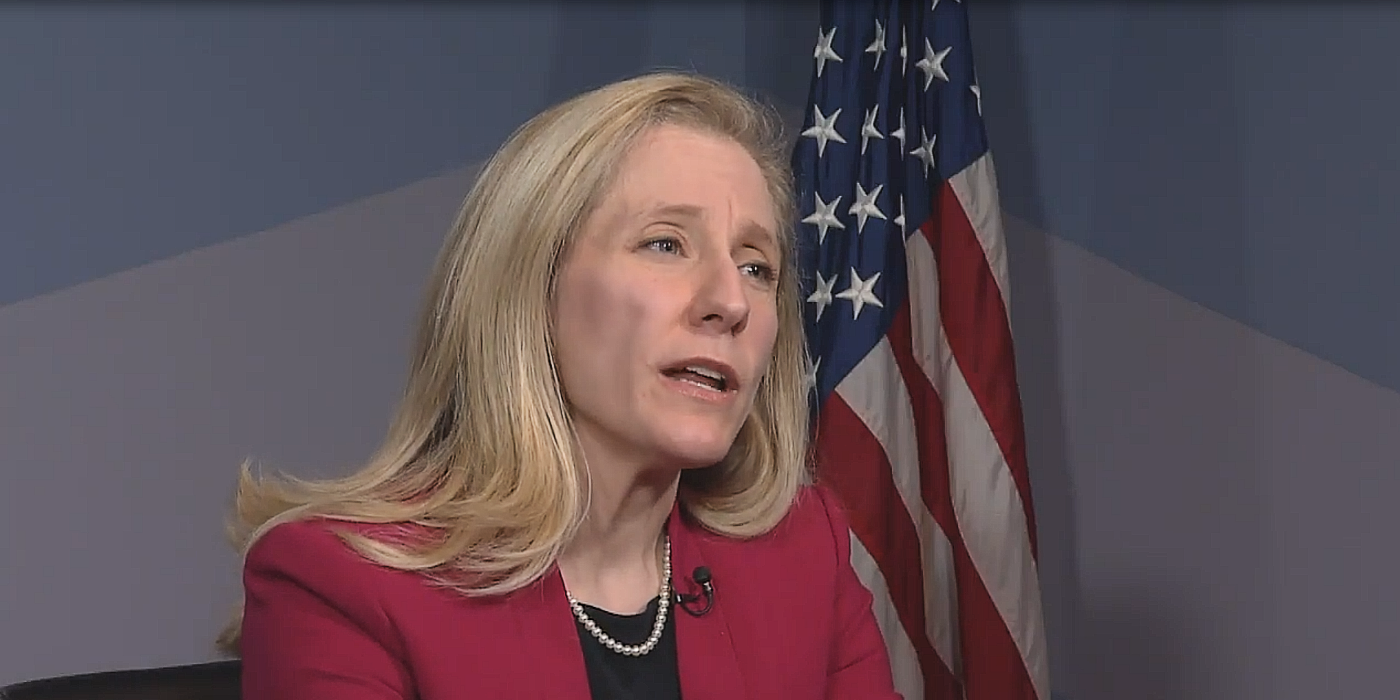 (Headline USA) For many House Democrats, 2021 is looking a lot like 2009, a year when a Republican elected governor in Virginia foreshadowed a dreadful blowout in the next year’s midterm elections.

Republican Glenn Youngkin’s surge to victory in Virginia delivered the first blow, and then New Jersey Gov. Phil Murphy was nearly defeated by a little known Republican, two results that led to one conclusion: Democrats are in grave danger of losing control of Congress.

“Is this ’09 all over again? This is exactly what happened in ’09 and it did portend a catastrophe in 2010,” said Democratic Rep. Gerry Connolly.

He represents a safely Democratic northern Virginia district outside Washington, but recalled Republicans winning his state’s governor’s race a year after President Barack Obama captured the White House and a year before a tea party-led GOP wave took control of the House.

Few are likely to be feeling the sense of panic as much as Rep. Abigail Spanberger, D-Va., who proudly marched into Washington, DC, as part of what Democrats declared in 2018 to be a “blue wave” against then-President Donald Trump.

In reality, Spanberger was the beneficiary of an aggressive “sue till blue” effort led by former Attorney General Eric Holder and Democrat mega-lawyer Marc Elias, which forced the Republican state legislature to redraw its 2010 electoral maps after the leftist state attorney general, Mark Herring, refused to challenge the case. The Supreme Court later ruled that no other parties had standing to do so.

The district in which Spanberger bested Republican incumbent Dave Brat—who had, himself, routed former House Majority Whio Eric Cantor only a short time before—had actually become considerably more gerrymandered by the Democrat maps in order to make it more diversified.

Nonetheless, Spanberger—a career deep-statist who carried an endorsement from disgraced ex-FBI Director James Comey—declared that she had won by espousing “moderate” principles before proceeding to vote lockstep with Democrats on an array of radical agenda items.

Only after the 2020 defeat did she once again pay lip service to criticizing the radical progressive rhetoric, before falling in line yet again with the demands of the narrow majority, in which crossing the aisle would require true conviction and courage.

Yet, Spanberger again made her displeasure with the Biden administration known for forcing her into the position of taking votes that will likely mean political suicide in her district, where a conservative upswell is becoming increasingly evident.

Democrats like Spanberger now find themselves in the same position as the Republicans many of them defeated four years ago.

Biden’s popularity is deeply underwater, and their control of Congress has been seen by voters as divisive and not productive.

Keeping their seats also may mean defying historical trends dictating that the party that wins the White House loses ground in Congress during the next election—traditional political headwinds that are now almost certainly intensified for Democrats by Tuesday’s election results.

Biden’s approval ratings started falling with the chaotic U.S. withdrawal from Afghanistan and have sunk lower amid an economy still marred by the coronavirus pandemic, inflation and a White House legislative agenda largely bogged down in Congress.

All fly in the face of false promises that Democrats made to return the country to normalcy after having spent years sniping at Trump and concocting phony hysteria to undermine his presidency—including the debunked Russia collusion hoax and two fake impeachment scandals within two years.

The first of those almost certainly had a key role in distracting the country during a crucial time when its attention should have been focused on the pandemic emerging from China.

The Biden administration already faced an uphill battle in persuading skeptics and critics that it had legitimately won the election and had acted in good faith throughout the Trump presidency.

But it has thus far failed to do anything to make its case to the American people that it is worthy of any trust—and has done everything in its power to further undermine that confidence with obvious lies and blatant mismanagement, along with a sort of callous lack of concern.

Virginia—which Biden ostensibly carried by double digits only a year ago—was touted by both sides as the first major testing ground of his mandate.

But instead, it underscored the party’s utter lack of vision as Democratic gubernatorial candidate Terry McAuliffe remained determined to focus on the past by attempting to tie Youngkin to Trump.

“What worked when President Trump was on the ballot or in office clearly has a diminishing effect when he is not,” said former Rep. Scott Taylor, a Virginia Republican who represented one of the nation’s most competitive districts. “This is true of anyone. Republicans tying opponents to President Obama didn’t really last beyond his terms.”

Virginia Democrats, meanwhile, lost ground in the suburbs, where moderate voters who punished the GOP during the Trump administration came back to the party enough to sway the race.

Taylor lost his seat—it encompassed the city of Norfolk and the world’s largest naval base —to Democrat Rep. Elaine Luria in 2018. He was defeated in a rematch last year.

He noted that Youngkin’s promises to ensure parents have more say on school COVID-19 safety protocols, and what their children are being taught, resonated with suburban voters.

“We lost support from the key demographic of educated women in suburbia,” Taylor said. “They care about education more than most. And they have seen their children, over the past couple years, at home, on the computer, falling behind, even regressing in some cases.”

Democrat strategists were nonetheless hopeful that Trump would help change the political environment by becoming a more active presence in key elections ahead of a potential 2024 presidential run.

Candidates locked in competitive GOP Senate primaries from Arizona to North Carolina to Pennsylvania have been fighting each other for Trump’s support — meaning they can’t follow the leads of Youngkin or Ciattarelli.

“The dynamic that happened last night will not be the dynamic that exists next November,” David Bergstein, a spokesman for the Senate Democrats’ campaign arm, said the Wednesday after election night. “In each of the Senate races right now, Trump is playing a starring role.”

But their insistence on focusing on the former president while ignoring the foibles of the current one may be at their own risk.

“That, to me, is something that’s also about feeling like the government’s not working,” said Allred, whose Dallas district has been targeted as a potential pickup opportunity by the National Republican Congressional Committee. “We have to show that we can govern.”

Sen. Tim Kaine, D-Va., was even more blunt: “I hope my colleagues absorb this notion that, when you’re the majority, to be a Democrat should stand for doer, not delay, dithering, do nothing, division.”

Progressives had limited success in last week’s elections. Michelle Wu became the first woman and person of color elected Boston mayor. But the left saw the defeat of a ballot initiative that would have remade policing in Minneapolis—the killing of George Floyd there last year touched off race-riots that swept the country.

Still, those results could help strengthen the position of moderates in swing House districts, who can declare themselves a bulwark of sorts. They can promise to keep Democrats’ legislative priorities grounded in proposals that have a chance of actually being approved — rather than more ambitious goals championed by their progressive colleagues.

“This is not a moment for blaming,” said moderate Rep. Stephanie Murphy, D-Fla. “This is a moment for action. And it is a moment to try and get something done for the American people.”

The Democrats now have a year to pass legislation they see as most likely to resonate with voters. Even that is no guarantee it will improve their electoral chances in 2022.

“Voters don’t go into the voting polls and say, ’I’m voting against you because you didn’t get that bill passed,’” Connolly said. “Maybe a voter does. But not voters collectively.” 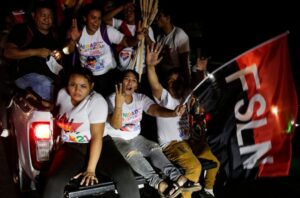