Sandinista dictator Daniel Ortega declared victory on Monday in a presidential race the head of the Organization of American States (OAS) decried as the “worst election possible – marred by the arrest of all other viable candidates, ban on reputable election observers, and widespread reports of violence.

Ortega’s socialist Sandinista Front of National Liberation (FSLN) has been in power for nearly the entirety of the last 40 years, staging a “revolution” against President Anastasio Somoza Debayle in 1979. He took an official break from power after losing a free election in 1990, but returned to power in 2007 and has refused to yield to free and fair elections since.

Prior to the current election, Nicaraguan state security arrested seven presidential candidates on dubious charges of “treason,” leaving Ortega to compete only against small, friendly left-wing opposition parties. The Sandinista regime prevented legitimate international actors from observing the election, opting instead for far-left “companion” individuals and entities who lauded Sunday’s election as a success for global leftism.

While the free world condemned the elections as a “sham,” fellow authoritarians like Venezuelan leader Nicolás Maduro and the Communist Party of Cuba applauded the event.

Supporters of Nicaragua’s President Daniel Ortega and vice presidential candidate, his wife, Rosario Murillo, pose with a flag of the Sandinista National Liberation Front (FSLN) while celebrating after preliminary results showed Ortega is expected to be re-elected. ( OSWALDO RIVAS/AFP via Getty Images)

Ortega’s rubber-stamp Supreme Electoral Council (CSE), the government agency tasked with overseeing elections, announced that Ortega had defeated his hand-picked opposition with 75 percent of the vote as of early morning Monday. The closest contender, a candidate representing the small Liberal Constitutionalist Party (PLC), allegedly received 14.4 percent of the vote. The margin is so wide despite it representing a fraction of the alleged total vote that the CSE essentially declared Ortega the winner without counting all the votes, stating it would move on to tally the results of regional races later on Monday.

The CSE claimed that 65.3 percent of eligible voters participated in the election, a number hotly contested by human rights groups and eyewitnesses in the country. Open Ballots, an independent organization that deployed anonymous observers to illicitly monitor the vote on Sunday, estimated based on its operations in Nicaragua that only about 18 percent of voters participated, leaving an overwhelming majority of over 80 percent disenfranchised, likely abstaining in response to the widespread indices of fraud, candidate intimidation, and repression.

The organization reported witnessing 200 “acts of violence in the electoral context” on Sunday – including beatings of independent journalists – as well as several fraudulent activities such as surrounding voting areas with Sandinista propaganda and Ortega using government vehicles to bus voters to the ballot box. In events where it did not document violence, it noted evidence of violent intimidation, such as the presence of armed socialists, both civilians and state security agents, at voting areas.

International human rights groups and regional leaders have condemned Ortega’s attempt to stage a sham election for months. In May, Luis Almagro, the secretary-general of the OAS, accused Ortega of “a clear intent to consolidate total control of the electoral process through suppression, limitation, and restriction of dissident voices.”

“It’s as if Nicaragua is trying to have the worst election possible,” he lamented at the time.

Nicaragua remains a member of the OAS despite the organization’s charter requiring member states to have democratic governments.

U.N. High Commissioner for Human Rights Michele Bachelet, formerly the socialist president of Chile, condemned Ortega in September, citing that the Sandinista regime had engaged in the mass arrest of dissidents and would-be presidential contenders.

“Between 22 June and 6 September, my Office documented the arbitrary detention of 16 people, including political leaders, human rights defenders, business people, journalists, and peasant and student leaders, in addition to 20 others detained since 28 May,” Bachelet told the U.N. Human Rights Council. “This group includes six men and one woman who publicly stated that they wanted to run for the presidency, and a vice-presidential candidate has been charged while at liberty.” 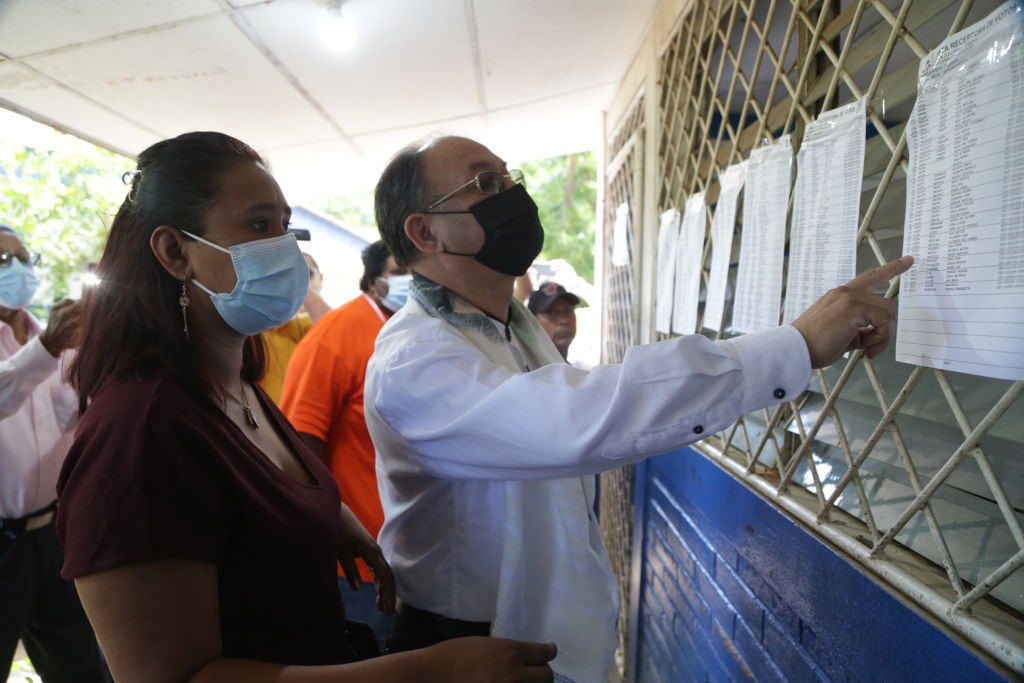 Independent Liberal Party presidential candidate Mauricio Orúe looks for his name on the electoral registry at the voting center of the San Pedro de Ticuantepe school on November 7, 2021 in Managua, Nicaragua. In recent months, 39 members of the opposition have been arrested, including seven presidential candidates.  (Orlando Valenzuela/Getty Images)

The U.N. did not take any meaningful action against Ortega.

The Sandinistas allowed only far-left fringe media to cover the election and banned international observers, permitting only “electoral companions” from around the world to share pro-Ortega propaganda disguised as observational content. VTV, the official news network of the socialist regime in Venezuela, defended Ortega’s choice by stating that “companions” were necessary to ensure that the CSE would comply with Sandinista demands – or, as VTV explained it, “due to the lack of confidence in the impartiality of electoral authorities in that country.”

VTV highlighted the work of an American “companion,” far-leftist Michelle Munjanattu, who said told the Russian propaganda outlet Sputnik that she had come to Nicaragua due to “many falsehoods circulating in American mass media over the situation in Nicaragua.” Munjanattu’s social media presence largely consists of Sandinista propaganda.

Nicaragua’s food sovereignty today would not have been possible without the agrarian reform undertaken during the Sandinista Popular Revolution. ⁦@friendsatc⁩ pic.twitter.com/lKje7yJGXj

Venezuela’s Maduro – himself the architect of many fraudulent elections since his rise to power in 2013 – was among the first to congratulate Nicaragua on Sunday’s sham.

“I send an embrace of congratulations to the people of Nicaragua, to Commander Daniel Ortega and [wife and co-president] Rosario [Murillo], for the great popular and peaceful participation in elections today [November 7],” Maduro wrote on Twitter. “The sons and daughters of Sandino voted for peace, stability, and prosperity in their nation.”

Former socialist president of Bolivia, Evo Morales – himself removed from power after the OAS revealed extensive evidence of fraud in the 2019 presidential election, applauded the Sandinistas for clinging to power.

“We salute the dignified people of Nicaragua who, in a demonstration of courage and democratic maturity, chose brother Daniel Ortega as constitutional president,” Morales wrote in a statement on Twitter, “despite the campaign of lies, blackmail, and threats from the United States. Ortega’s triumph is the defeat of Yankee imperialism.”

Granma, the official newspaper of the Communist Party of Cuba, published an article on Sunday claiming the election occurred in a “calm and secure atmosphere,” contrary to reports of violence and repression.

“It has been truly absurd that both the governments of the United States and the European Union have disqualified the Nicaraguan elections much before their realization,” Granma lamented, referring to statements from both condemning the elections. 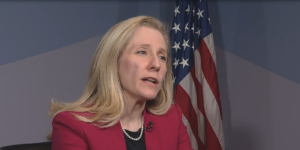 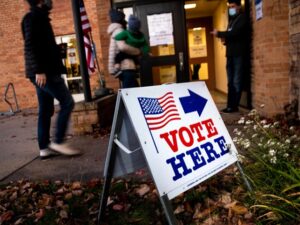