Hollywood actress Angelina Jolie called several Muslim countries “ignorant” over a ban against her latest movie because of characters who are in a same-sex relationships and their intimate scenes.

Jolie stars as one of the “Eternals” in Marvel Studios’ latest superhero movie, but it’s not going to be screened in several Muslim-majority countries because of the gay scenes included in the film.

Local censors requested that Marvel Studios cut the scenes out, but they refused, leading to a ban of the movie in Saudi Arabia, Kuwait, and Qatar.

Jolie weighed in on the controversy, calling it sad and referring to people who object to same-sex relationships as “ignorant.” She made the comments during a press roundtable.

“I’m sad for [those audiences]. And I’m proud of Marvel for refusing to cut those scenes out,” she said, confirming the report.

“I still don’t understand how we live in a world today where there’s still [people who] would not see the family Phastos has and the beauty of that relationship and that love,” she added. “How anybody is angry about it, threatened by it, doesn’t approve or appreciate it is ignorant.”

Homosexuality is still illegal in Saudi Arabia, Kuwait, and Qatar. Censors often request that same-sex scenes be cut from movies before they are screened in those countries.

The gay character in “Eternals” is Marvel’s first gay superhero on the big screen, and there is a scene with a passionate kiss between the character and his husband.

Marvel Studios President Kevin Feige said in January that the company was already filming a superhero movie with a transgender superhero character included.

“Eternals” will be released was the United States on Nov. 5.

Here’s more about the international feud: 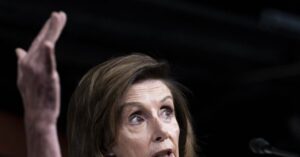 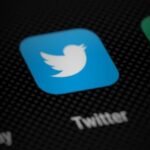