Dominion Voting Systems, via a law firm, demanded that lawyer Sidney Powell demanded that she retract statements about its voting machines.

The letter, written by Clare Locke LLP, accused Powell of engaging in a “reckless disinformation campaign” that is “predicated on lies that endangered Dominion’s business and the lives of its employees.”

“We write to demand that you retract your most serious false accusations,” the letter continues.

The letter cited Powell’s claims of Dominion’s ties to Venezuela and late strongman Hugo Chavez, as well as claims that “Dominion paid kickbacks to Georgia in return for a ‘no-bid’ contract to use Dominion systems in the 2020 election, and that Dominion rigged the 2020 … election by manipulating votes, shifting votes” and “installing and using an algorithm,” according to the law firm. Powell should retract such statements, they added.

Furthermore, the company’s representatives alleged that Powell “knowingly or recklessly” made false claims about Dominion but “made them anyway, and therefore acted with actual malice.”

It noted that some counties in Pennsylvania and Wisconsin—that also used Dominion systems—”ended up going for [President] Trump.” 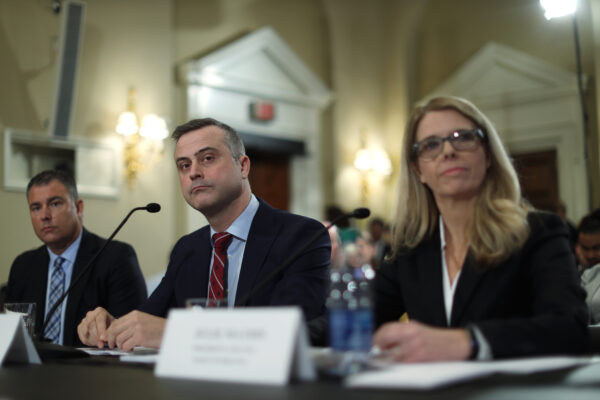 And these assertions, the firm said, also “exposed” herself and the “Trump campaign to substantial legal risk of defamation,” according to the letter. “We demand that you immediately and publicly retract your false accusations and set the record straight,” it also said.

Powell’s office has not responded to a request for comment.

The letter comes as Dominion Voting Systems CEO John Poulos told Michigan state legislators that discrepancies with the counts from its machines can be investigated by looking into the paper-ballot record.

Both Poulos and Clarke Locke LLP cited a statement released by the Department of Homeland Security’s cybersecurity agency, which last month described the election as the “most secure in American history.”

“No one has produced credible evidence of vote fraud or vote switching on Dominion systems because these things have not occurred,” Poulos said earlier this week.

“The electronic ballots are then transferred for adjudication. The intentional errors lead to bulk adjudication of ballots with no oversight, no transparency, and no audit trail. This leads to voter or election fraud,” Ramsland said.

“I Don’t Think They’re Going to Get Any Pillows Out of This” – Alan Dershowitz Defends Mike Lindell in Dominion’s $1.3 Billion Lawsuit Against Him (VIDEO)