Election Integrity Group: Most 2020 Ballot Images from 56 Georgia Counties Have Been Destroyed

A year after the election day in 2020, concerns still linger about election integrity in many states. This does not mean the election results are deeply in question, but it does suggest a need for more secure election processes next cycle.

According to Just the News, election integrity group VoterGA filed an Open Records Requests regarding the alleged destruction of ballot images from the 2020 election in Georgia. Their findings were stunning.

VoterGA said 74 Georgia counties had failed to produce the images, and it said 56 counties confirmed “most or all of the images” had been destroyed.

The images were automatically created by Dominion Voting Systems machines for tabulating votes, Just the News reported. The outlet said these images are “crucial for election records.”

Ballot images for people who voted in person are stored on compact flash memory cards. For ballots that were mailed in, the images are stored on flash drives.

According to Just the News, federal law requires these images to be kept for 22 months post-election. In Georgia, state law dictates that the images be kept for 24 months.

Despite that, the election integrity group said the images are nowhere to be seen just 12 months after the 2020 presidential election.

“At least 28 counties admitted having no original images at all and 22 of those counties only had recount images that some claimed are the same as originals,” VoterGA said.

Are you concerned about election integrity?

For that reason, Just the News reported recount images are invalid for audits since “they can be changed by tampering between scans.”

The mere fact that many counties could not provide ballot images does not necessarily mean the election results were inaccurate. However, it does cast even more doubt on an already suspect election process in Georgia.

One of Georgia’s largest counties, DeKalb, has experienced a litany of issues since the election. According to The Atlanta Journal-Constitution, DeKalb County elections director Erica Hamilton was placed on leave without explanation in early September, and she later resigned.

In addition, Georgia Secretary of State Brad Raffensperger opened a probe into DeKalb County drop boxes from the election, according to a separate article from Just the News.

“The investigation includes not only whether DeKalb County properly complied with the documentation required by the State Election Board but also whether the actual procedures used by DeKalb adequately protected chain of custody for ballots returned to drop boxes,” the secretary of state’s office said in September.

When Georgia passed new laws to shore up future elections, leftists went crazy and accused them of suppressing minority voters. Major League Baseball even moved the All-Star Game out of Atlanta because of the new regulations.

In order to ensure American confidence in elections, malpractice must be addressed quickly and thoroughly. The latest issue in Georgia is another reminder that we still have a long way to go in the fight for election integrity. 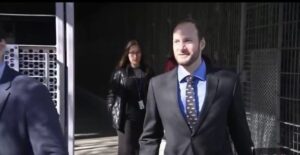 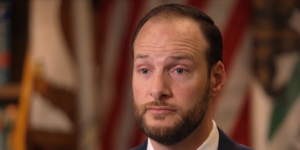