Democrats in Georgia will knock on doors as they try to convince voters to choose their U.S. Senate candidates in the upcoming runoff elections.

“The stakes of turning out Georgians to vote for Jon Ossoff and Raphael Warnock could not be higher,” Miryam Lipper, a spokeswoman for Ossoff, and Warnock spokesman Terrence Clark said in a joint statement.

“In close consultation with public health experts and an epidemiologist, we’ve created an in-person voter contact program with strict protocols that will allow organizers and volunteers to safely register new voters and knock doors across the state,” they added. “This work is especially important for ensuring voters in communities of color, who have been left behind in the past, have the information they need to vote.”

The campaigns are requiring field staffers to wear masks, stand six feet from doors after knocking on them, and use hand sanitizer after touching any surfaces.

They must also confirm they don’t have any symptoms of COVID-19 and have had no contact with suspected or confirmed COVID-19 cases before they begin the canvassing.

COVID-19 is the disease caused by the CCP (Chinese Communist Party) virus.

Republicans have been knocking on doors for weeks. The National Republican Senatorial Committee said earlier this month that it was building a voter-contact effort that included 1,000 field staffers.

Democrats running in national, state, and local elections for the most part avoided in-person canvassing this year because of the COVID-19 pandemic. 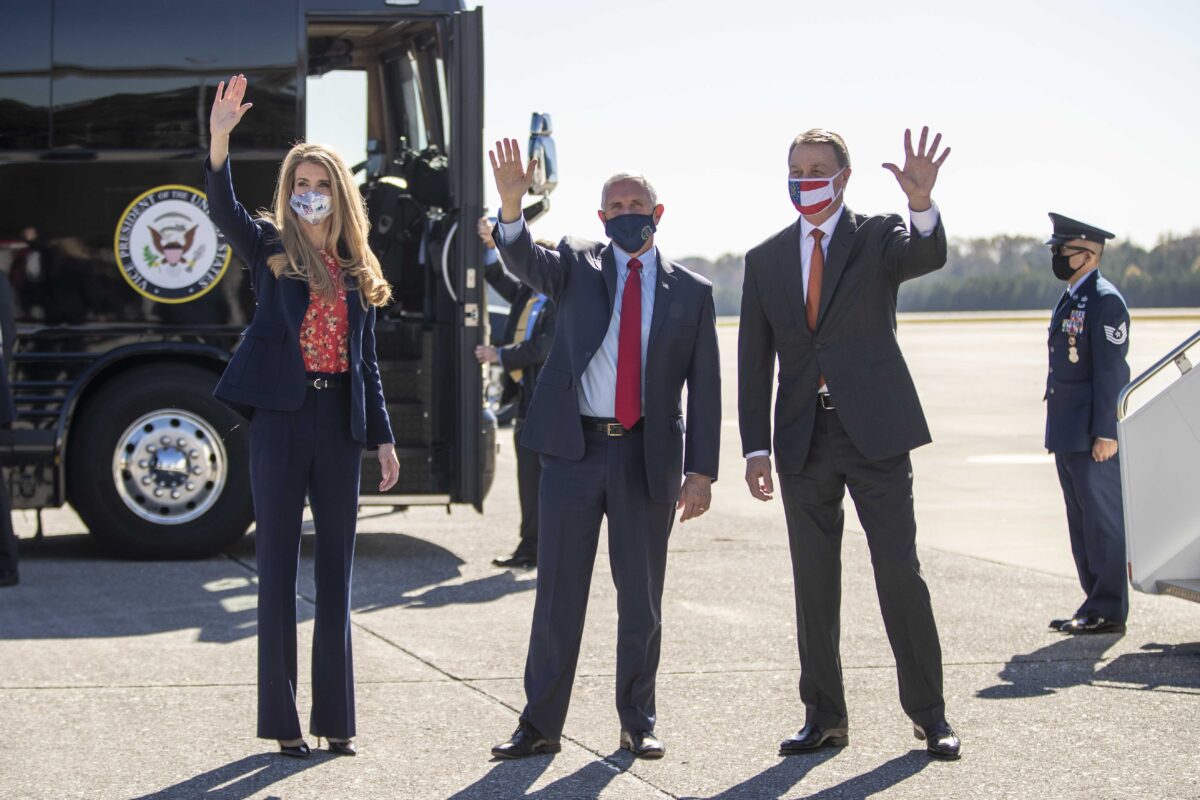 Republicans have won 50 Senate seats in the next Congress. Democrats have won 48. Both Georgia seats are up for grabs in the January 2021 runoffs, setting up a showdown for control of the congressional chamber.

Democrats’ path is more difficult, but not impossible. They must win both races and the White House. The vice president can cast tiebreaking votes in the Senate.

Ossoff, 33, is a filmmaker who is taking another crack at a campaign after failing to win a special election for Georgia’s 6th Congressional District in 2017. He is vying to unseat Perdue, a first-term lawmaker who received about 90,000 more votes than his challenger, just missing the threshold to avoid a runoff.

Warnock, 51, is the senior pastor at Ebenezer Baptist Church in Atlanta. He’s trying to win a seat held by Loeffler, who was sworn in earlier this year after an appointment by Georgia Gov. Brian Kemp, a Republican, to replace retiring Sen. Johnny Isakson (R-Ga.).

Warnock received more votes in the so-called jungle election to fill the rest of Isakson’s term but the combined vote total of Loeffler and Rep. Doug Collins (R-Ga.), who finished third, would be enough to give Loeffler the edge if replicated in January.