Steven Miller, a professor of mathematics at Williams College, has apologized for shortcomings in his statistical analysis of Pennsylvania mail-in votes that reinforced concerns about voter fraud. But while he acknowledged “lack of clarity and due diligence” in crunching the numbers without addressing concerns about the underlying data, he stood by his decision to carry out the analysis and urged further study to determine “if there are issues” and find out “how we can do better in future elections.”

Miller, who specializes in analytic number theory and sabermetrics, said in a sworn statement attached to a court filing in a Pennsylvania lawsuit brought by the Trump campaign against Secretary of State Kathy Boockvar, that his analysis showed that tens of thousands of ballots requested by Republicans were either not counted or were requested by someone other than a Republican.

“I estimate that the number of ballots that were either requested by someone other than the registered Republican or requested and returned but not counted range from 89,397 to 98,801,” Miller said in the affidavit.

Miller’s analysis was picked up by Federal Election Commission Chairman Trey Trainor, an appointee of Trump, who told Just The News that Miller’s affidavit is evidence of potential voter fraud.

“This data, which is provided by an expert witness, who would be qualified in almost any court in the country, adds to the conclusions that some level of voter fraud took place in this year’s election,” Trainor told the outlet. “Therefore, the rush to certify results that are this suspicious from places with known election violations would nullify millions of votes that were legally cast by individual voters.” 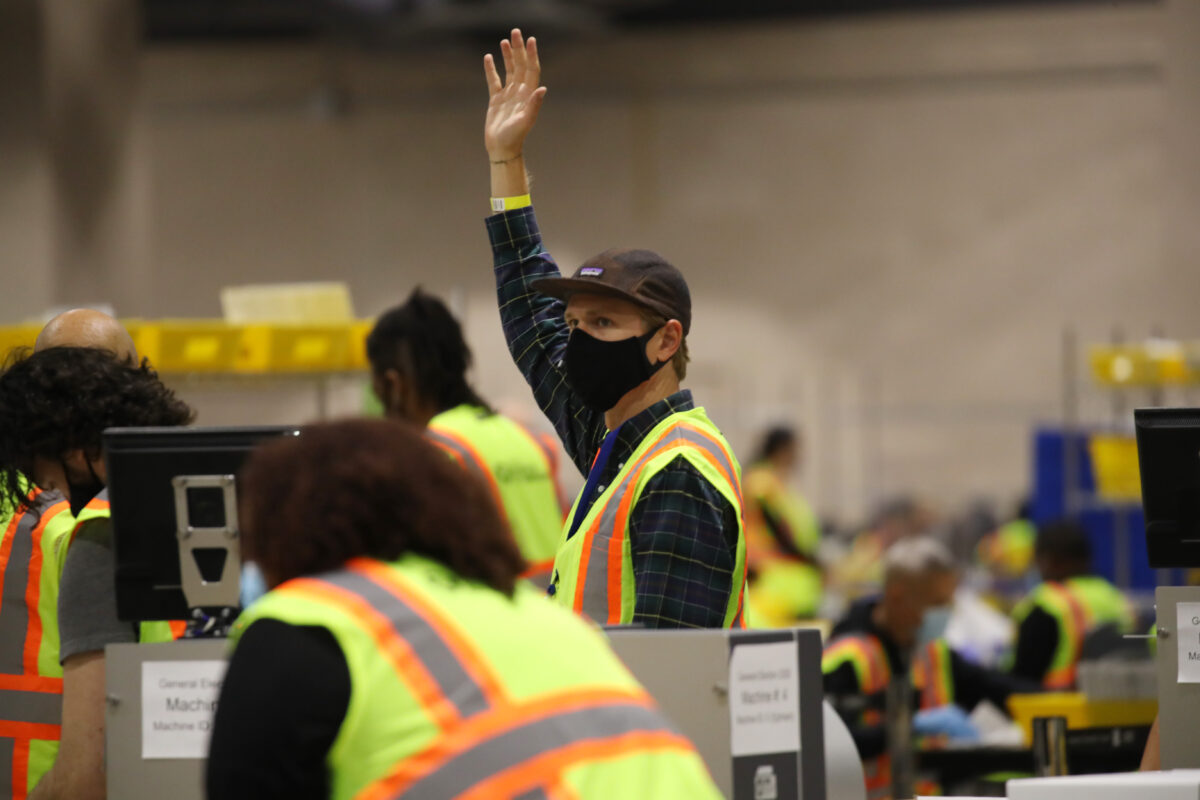 But Miller’s work drew rebuke from a number of academic peers, who said his work was flawed because it overlooked potential problems with the data on which it was based. Miller said he analyzed data from Pennsylvania’s election that was collected by Matt Braynard, who formerly worked for the Trump campaign, and conducted 2,684 voter interviews by a phone bank.

Carina Curto, a professor of mathematics at Pennsylvania State University, told The Berkshire Eagle that Miller’s numbers are most likely incorrect as the data on which they are based are probably not a representative sample of all Pennsylvania GOP voters who requested but did not return a ballot.

“This small sample from the phone survey almost surely has large sampling biases and systematic errors,” Curto told the outlet. “There is absolutely no reason to believe it is representative of the larger population.”

Another academic, Lior Pachter, a computational biologist at the California Institute of Technology, told The Berkshire Eagle that issues like incorrect phone numbers could have skewed the results.

Miller, in a statement to the outlet, acknowledged he should have been more diligent in reviewing the underlying data.

“Especially as the consequences are so important, I should have made a greater effort to go deeply into and share how the data was collected and not treat this solely as an independent calculation,” he told the publication.

Boockvar’s office previously said it has found no evidence of voter fraud or mass irregularities in Pennsylvania. Last week, the Department of Homeland Security’s cybersecurity division said the Nov. 3 election was the “most secure” in U.S. history, saying there is “no evidence that any voting system deleted or lost votes, changed votes, or was in any way compromised.”

Trump’s legal team, however, has said they have found enough evidence to potentially overturn the election.