Attorney Lin Wood says that the voting process in Georgia needs to be fixed before the double run-off election in January that will decide the balance of power in the United States Senate.

“There’s been enough evidence presented in the hearings and in the lawsuits filed and he should never have turned a blind eye,” said Wood.

“But now, it’s right there on video,” he said, referring to the video of a Fulton County election center that showed four people apparently processing ballots pulled from cases under a table after everyone else had been sent home.

“He’s going to have to acknowledge there was significant fraud in Fulton County—probably alone enough to tip the scales in favor of the president,” said Wood. 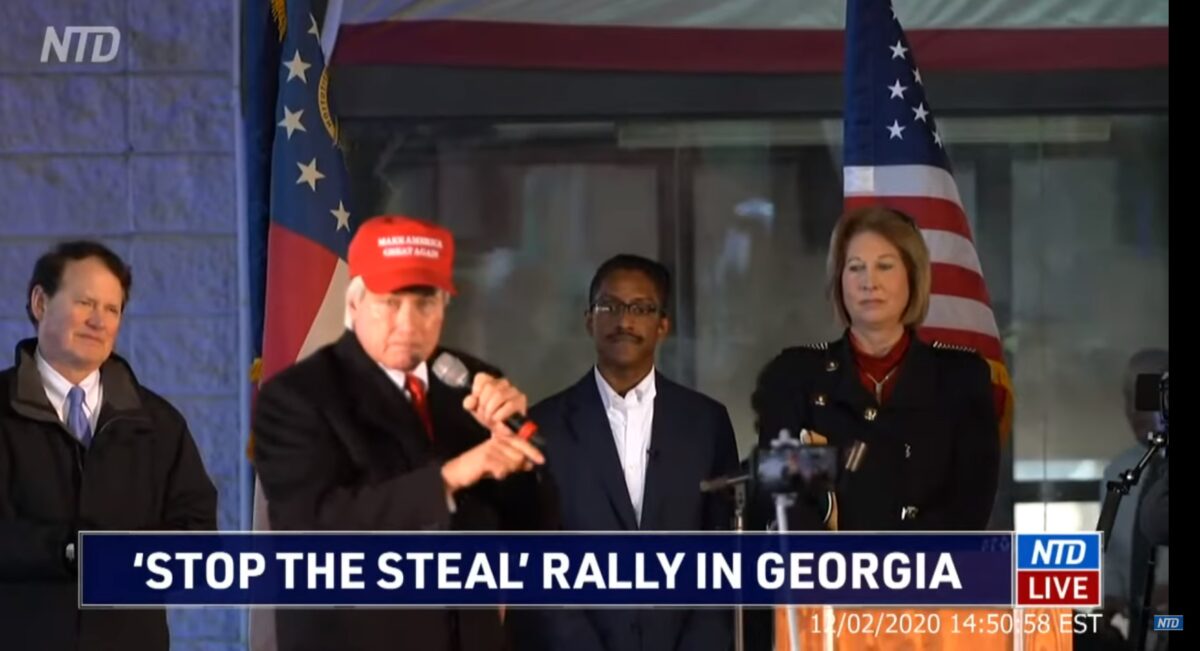 Wood is working alongside lawyer Sidney Powell to challenge the election results in the courts in several swing states.

He said that Georgia needs a forensic audit of the votes, which he says will show the election was skewed. Then, he said, “Georgia needs to have electors chosen for president Trump.”

Wood said that the down-ballot races from the Nov. 4 election should be repeated in January. “Do it by hand,” he said. “It’s a lot cheaper and quicker than what they’re doing.”

Governor Kemp’s office has not responded to a request for comment by The Epoch Times on the issue of calling a special session or for a comment on the video.

Kemp today described the video as “concerning,” in an interview with Fox news, and called on Secretary of State Brad Raffensberger to address the video and Trump’s lawyers’ claims.

WATCH: Footage of State Farm Arena in #Atlanta shows that after poll monitors and media were told counting was done, four workers stayed behind to count #ballots, at times pulling out suitcases containing ballots from underneath desks.

Kemp, a Republican, has previously ruled out calling a special session and has shied away from acknowledging claims of fraud.

President Trump said he was ashamed of endorsing Kemp for the 2018 election and that the Governor had “done absolutely nothing” about concerns of election fraud.

Wood said that the election process needed fixing before the runoff on Jan 5. for the two Senate seats.

He said that he was not calling for a boycott of the election and that the media had “grossly mischaracterized” remarks made by himself and Powell.

Wood did say that he hoped that people would pressure the two Republican candidates in the races, Sens. Kelly Loeffler (R-Ga.) and David Perdue (R-Ga.), to investigate the election.

“No, the 2020 Election was a total scam, we won by a lot (and will hopefully turn over the fraudulent result), but we must get out and help David and Kelly, two GREAT people,” he wrote on Twitter. “Otherwise, we are playing right into the hands of some very sick people.”

At the current election count, Republicans hold a 50–48 lead over Democrats in the Senate. If both of the Georgia seats turn blue for the Democrats, the ensuing 50–50 tie means the vice-president gets a tiebreaker vote—tying the fate of the Senate to the final outcome of the presidential election process.

Sean Lin contributed to this report.